But The Beatles as a whole produced work that is of transglobal fame. In a more modern sense, would the individual members of The Southern All-Stars produce work that could stand on its own?

One of the key empowering influences of technology has been communication. Phone systems quickly became international and the Internet’s initial use was to allow academic institutions to quickly share ideas and research with one another.

The creative industries were among the first to realize that global collaboration was a possibility, and by sharing creative endeavors, a greater whole could be produced in some cases than from any one single individual. 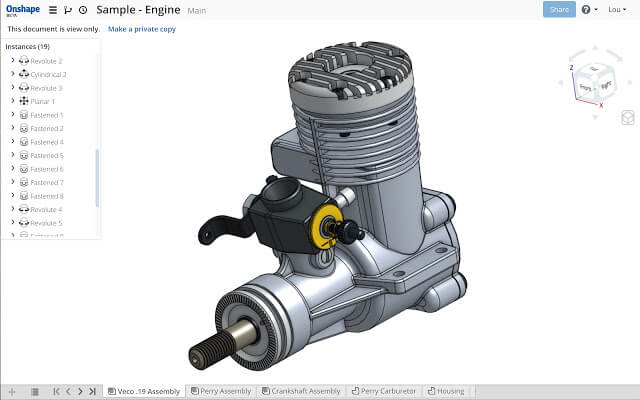 Early efforts by Digidesign (now part of Avid) to provide a cloud-based collaboration platform paved the way for audio project sharing: musicians on different continents could add tracks of audio to works in development. Adobe’s earlier versions of Creative Suite also introduced a sharing platform on which creatives in different parts of the world could each contribute to projects using the company’s software.

But these early efforts at collaboration preceded the advent of “the cloud” as a concept as we now understand it; as a provider of the things-as-a-service model, whereby large-scale server farms are harnessed by paying customers, and on which even fully-fledged applications are installed, accessed by a thin client model, typically a web browser.

Until the software-as-a-service model, online collaboration relied on each user having their own version of the application installed locally. This had two inherent complications:

As an additional layer of complexity, creative users are fond of adding to their software, literally with “extensions”: plug-ins of audio effects, transitions for video, and filters & automations for images. Each instance of one of these installed locally carried with it the above-listed potential issues. 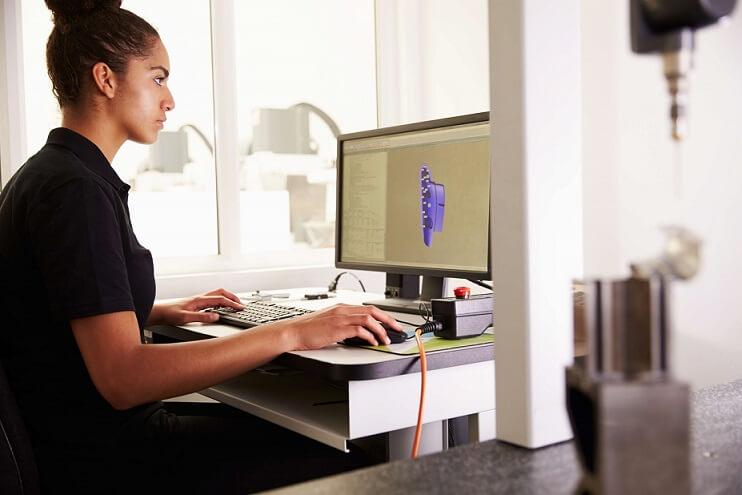 The great advantage of the modern cloud and its SaaS abilities is that it represents but a single instance of an application. Any updates, patches, extensions or additions apply equally to all users, and by signing up as a user, the individual can collaborate on exactly the same platform as everyone else.

In the enterprise, there are several areas where cloud collaboration has leaped ahead. The ubiquitous Office suite is now available in several guises, both from Microsoft and Google but also from a host of imitators.

Financial power is also moving increasingly into the cloud, with disruption of this market coming from online, cloud-based accountancy (and more) packages from the likes of Xero and QuickBooks.

And while collaborative platforms are springing up in almost every area (for HR, Zoho People, Logikull for law and so forth), some highly complex, specialist areas have been slow to catch the cloud trend.

One such area is computer aided design, which was an area that grasped the emergence of technology as far back as the 1980s, with the emergence of AutoCAD. 3D modeling is an area, of course, well suited to the data processing capabilities of computing, as the definition of shape and form can be encapsulated mathematically into code fairly easily – it would not be an exaggeration to say the technology of the first computers changed design and architecture forever.

Here are four providers of cloud-based CAD applications which we at Tech Wire Asia think epitomise the very best of the possibilities of technology: both extending the design paradigm by dint of processing power, but also making the best use of the cloud to provide a truly collaborative platform for workgroups.

Most business-critical software – such as product management and CRM – has moved from local hard drives to online. The deployment of cloud-based solutions is much easier, more efficient and more cost effective. Ironically, engineers (usually the early adopters) have been left behind by the cloud revolution. 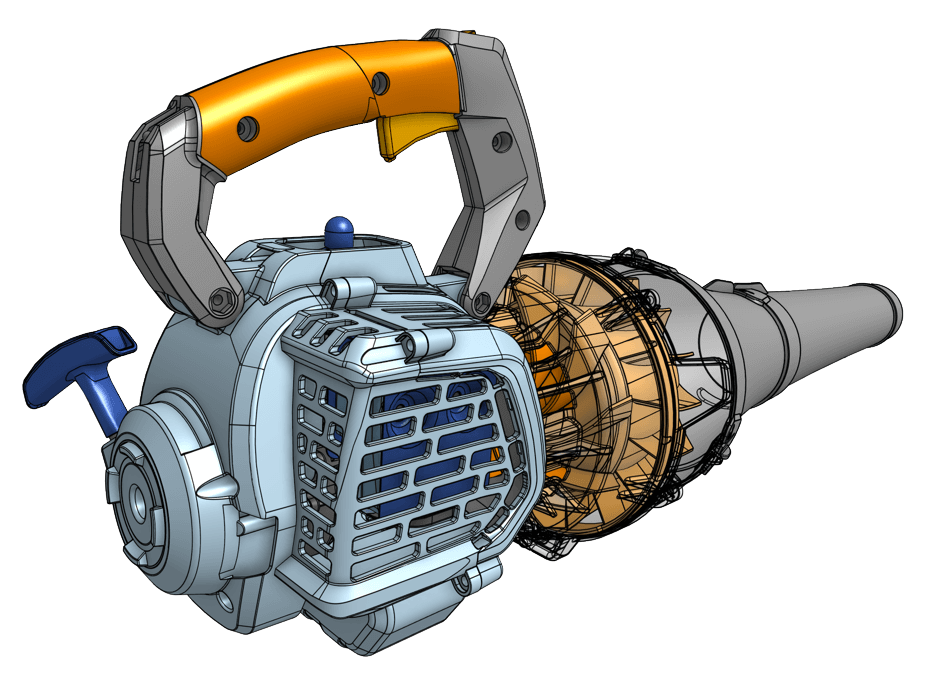 Until recently, design teams have had to work on a CAD model one person at a time – checking design files in and out of a PDM vault or sending files by email. Today’s designers need to collaborate in groups as their complex projects are built from many smaller subprojects. It’s here where Onshape’s modern CAD system excels, allowing multiple engineers to simultaneously collaborate in a secure cloud.

When engineers are working on an assembly, they no longer have to worry about overwriting work. Whether coworkers are in the same building or spread across the world, whenever someone makes an edit in Onshape, everyone on the team sees it.

Onshape’s founders were critical in building SOLIDWORKS (including SOLIDWORKS founder Jon Hirschtick) and reunited to modernize CAD with cloud and mobile technologies. Onshape eliminates “design gridlock”, situations in which the creative process is paused when waiting for others, or when work is delayed due to old CAD technology.

Onshape has reinvented 3D modeling tools, offering companies the ability to create their own industry-specific features. Additionally, the Onshape App Store integrates a full slate of engineering tools (simulation, CAM, rendering, etc.), speeding up every stage of design and manufacturing.

The 3DEXPERIENCE platform from Dassault is a cloud-based, complete product design platform, including the power to harness 3D design, engineering, CAD, modeling, and simulation. 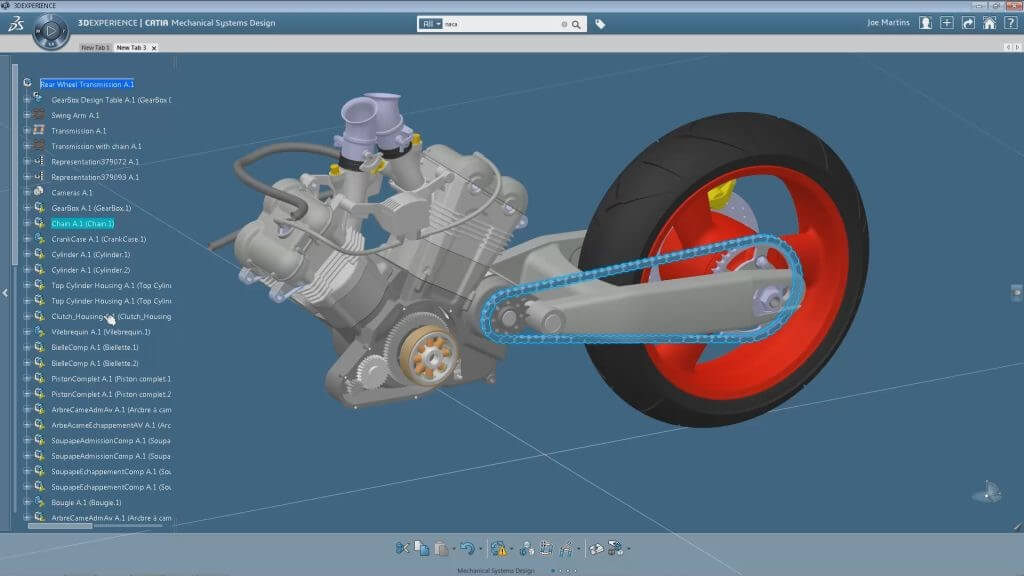 But in addition to pure design functions, Dassault also offers expertise in different industry verticals, such as chemical research, material science, data systems software, and in the guise of the Netvibes suite, business intelligence analysis of, for instance, social media marketing.

Dassault’s offerings allow full product lifecycle management (PLM), so a product can be concepted, prototyped, manufactured, marketed, distributed and sold, all using the various aspects of the company’s offerings.

The Dassault system can be used either in the cloud or is also available as an in-house, bare-metal installation.

The company presents this range of offerings as the complete solution for large enterprises whose function might include areas as different as aerospace (the area from which the group sprang in the 1920s), utilities and transport.

Autodesk, headquartered in California, is perhaps best known in the design industry as the producer of AutoCAD, one of the first, DOS-based design applications as early as 1982.

Being very much an early market presence, the file formats DXF and DWG have become widely used for CAD data interoperability, should drawings need to move from one organization to another. 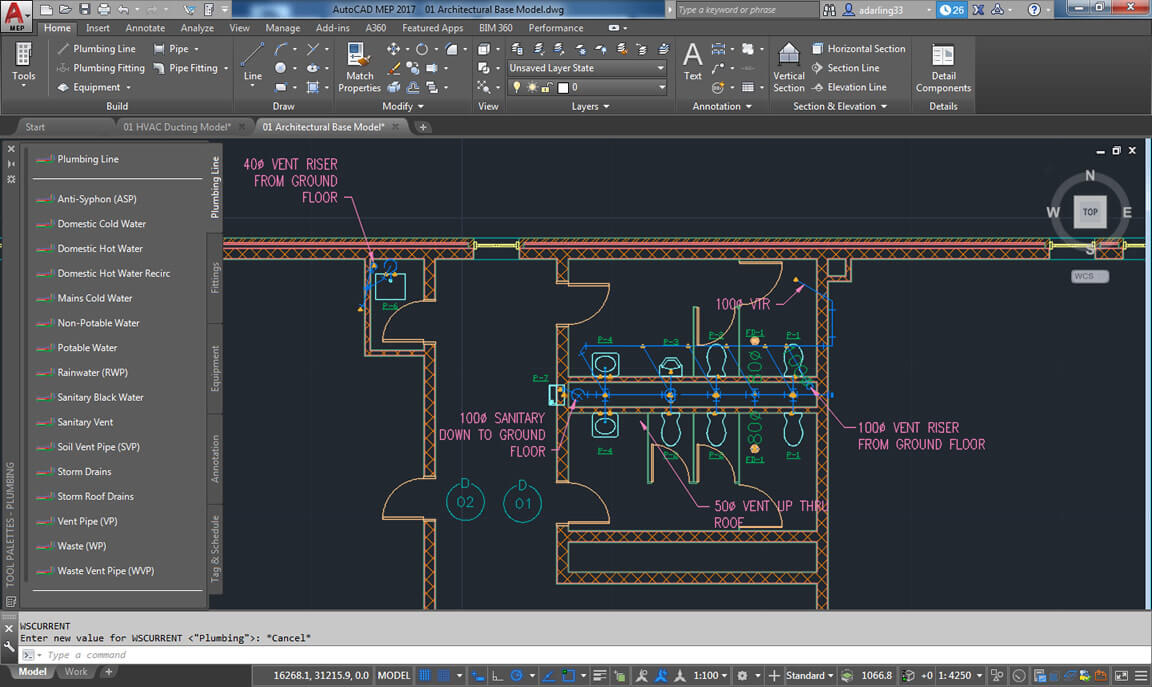 By a series of acquisitions, Autodesk has moved into other creative industries, including architecture and design of the built environment, with its product Revit.

Additionally, 3ds Max and Maya are used extensively in the movie industry to create effects ranging from simple additions to scene backgrounds to fully rendered characters.

AutoDesk pioneered the use of offsite render farms, allowing its users to utilize the power of the cloud to undertake the vast amounts of number-crunching needed to create realistic effects; power which was beyond the abilities of standalone applications of the time.

Recently the company has moved from a purchase to a subscription-based pricing plan, and in line with this move, announced two rafts of job cuts in 2017, including the loss of 1,150 jobs, or 13% of its workforce in November. 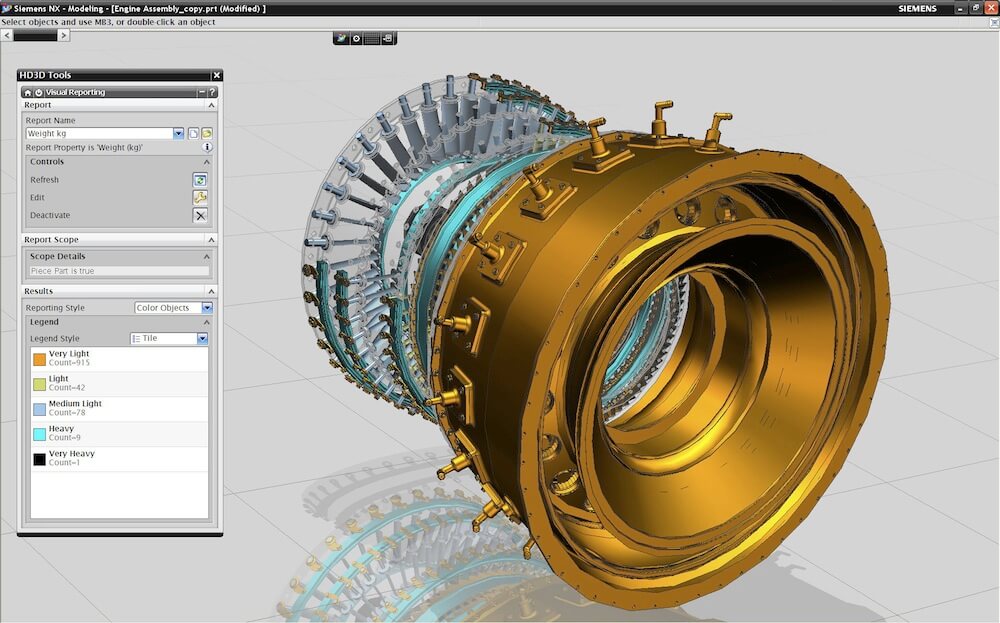 If used in engineering, the software suite can handle the manufacturing process, for instance, including tooling, machining and quality inspection, all in an integrated environment.

The NX solution range joins Solid Edge by integrating neatly with Siemens’s Teamcenter, a PLM platform used across the globe. In addition to the software offerings, Siemens also offers a range of consultative services, allowing the company to leverage its expertise in model-based systems, engineering, and 3D simulation.

With its background industry, Siemens is a household name which has the power to enable enterprises to undertake just about any design & manufacture project, from small prototypes for startups, up to massive, state-funded engineering projects.