WHILE the tech press is fond of heralding the “next big thing,” the Internet of Things (IoT) is already here – and has been, in fact, for some years.

The tracking telemetry in the delivery truck pulling up outside your apartment block is using IoT. The medical equipment monitoring your health during a hospital visit: IoT. A smartphone payment at a street food vendor’s stall during your lunch break – powered by IoT.

In fact, any device with some form of embedded computing power, which communicates on the internet, can potentially be a part of the IoT. Typically, these devices measure, monitor, report, and control. Useful and soon to be indispensable, whole industries are realizing the power this increasingly cheap and powerful wave of technology can wield.

The device manufacturers and the providers of communication services which enable IoT, the software developers creating GUIs and apps – all would like to persuade us of the immediate efficiency gains and insights gained by IoT roll-out. And while many of these claims are indubitably right, there’s more to effective IoT deployment in a business setting than meets the eye.

Some of the details involved in using IoT effectively can have specific effects on the rest of the enterprise – some immediately positive, of course, but others will affect budgets, human resources, balance sheets on both CAPEX and OPEX sides, and overall management strategy. 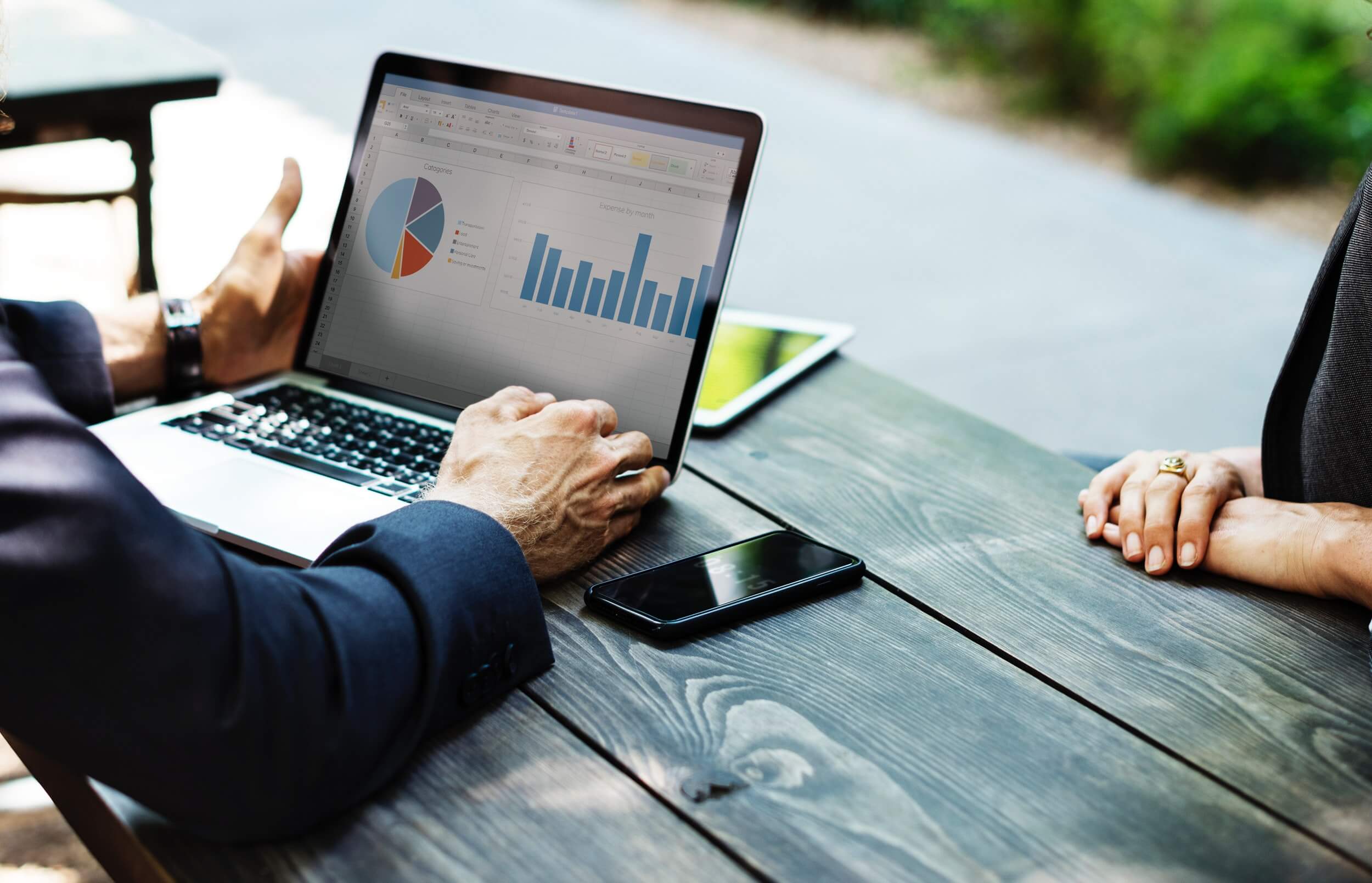 A good IoT specialist service company will help an organization navigate through many of the issues to be encountered, and if significant investment is to be made in IoT, it’s wise to seek expert help.

But in short, here are a few of the issues which the tech investor may wish to consider before creating the first purchase order for anything resembling IoT:

The level of computing power built into an IoT device will vary. Some have complete OSes embedded, others are primarily ‘dumb’ and rely entirely on outside processing power for valid results.

Can IoT devices being considered be updated, attenuated or, if necessary, reconfigured? Can each be turned off remotely (for instance, if producing anomalous data due to malfunction), or is costly human intervention required?

The larger the IoT network installed by an organization, the greater the effects this specific concern can have.

How does a device achieve its internet connectivity? The more sophisticated intelligent devices will use multiple channels, providing failover for essential communications. The range of networking capabilities extends from slow (but lower powered) Bluetooth, to gigabit ethernet, 3G, 4G/LTE, LoRa, fiber, and even visible light wavelength comms.

Failover may be deemed essential, or in some settings, only one method of communication may be practical.

Each communication method has different power requirements, and this may be the deciding factor, dictated either by power costs or physical practicality. Indian multinational Tata, for instance, supplies IoT technology specifically designed for remote use in rural areas. MediaTek devices can utilize multiple wireless comms modes making them suitable for multinational deployments. 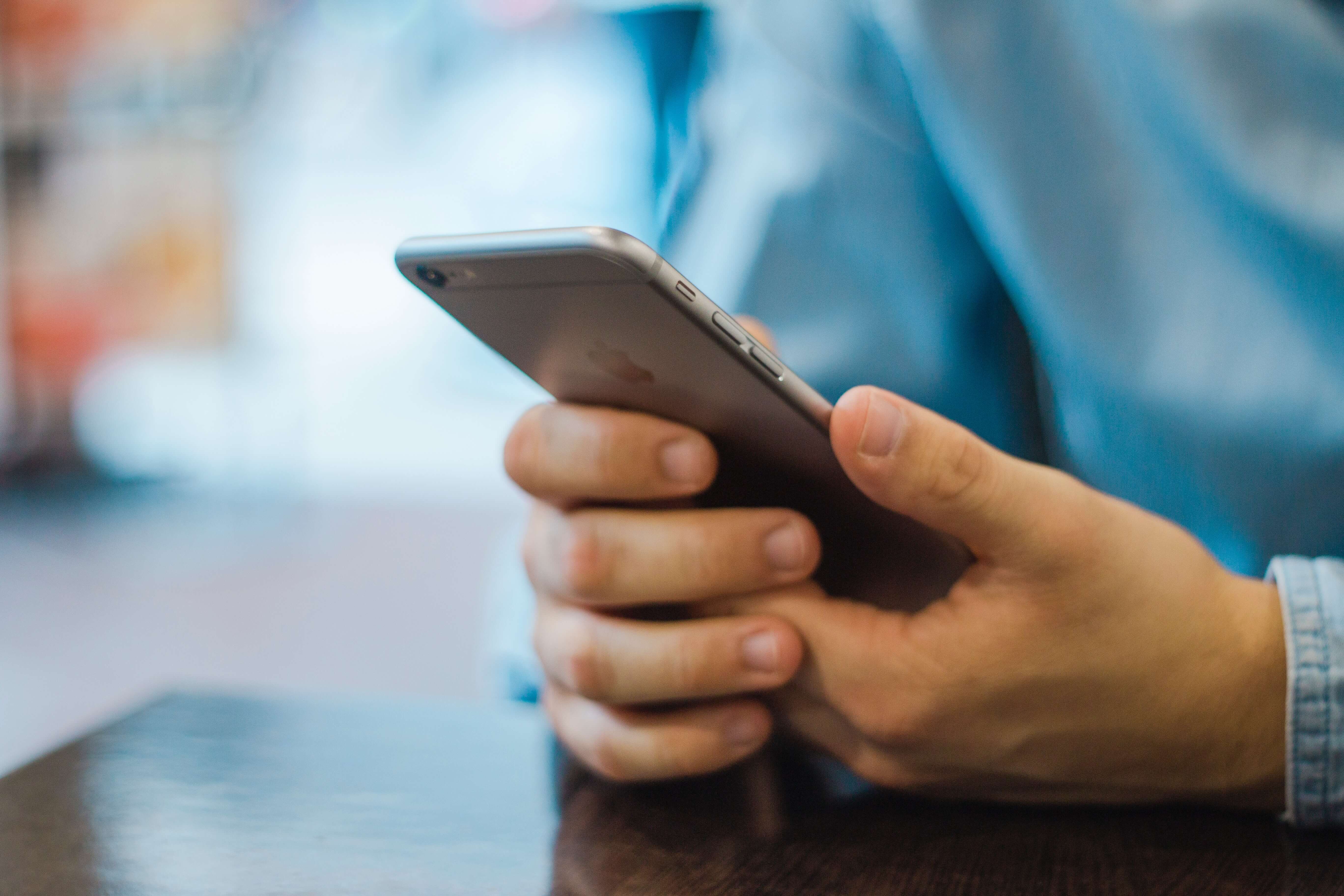 Depending on the locale, different communication methods vary in cost. If an enterprise has an agreement with a national mobile data company, then the price for unlimited 4G or 5G data transfers between IoT devices and the data center can be contractually agreed.

However, the same physical IoT hardware’s deployment overseas in identical settings may present crippling costs, when or if local data carriers insist on per-byte payment. Some IoT providers (see below) provide comms networks based on existing transnational data agreements. IoT hardware manufacturers produce devices which have multiple connectivity channel capabilities, but that may be as far as their involvement extends.

In a varied enterprise, the totality of an IoT network cannot be expected to comprise 100 percent compatible devices – with one another or with a single data collation system.

Additionally, there is simply no guarantee that new generations of IoT devices coming online will work with the same protocols as the previous generation.

There needs, therefore, to be an infrastructure in place which will adapt to different communications methods, different and evolving data formats, and one which will allow for the increasing number of data points from individual devices. And, of course, the infrastructure also needs to be able to expand to accept more IoT devices – there are expected to be billions of them by 2022.

Many smart devices are designed to travel – in fact, they provide telemetry or tracking on a local or global basis. These devices tend to use platform-agnostic communication methods as part of their design. In some cases such as merchant shipping or driver-fatigue telemetry in commercial trucking, hardware needs to be physically connected to networks once docked/parked.

Like the issues encountered in global rollouts of IoT (see above), some IoT devices don’t travel well, however. Concerns may be based on power consumption (as simple as international voltage/frequency differences), or communication protocols. 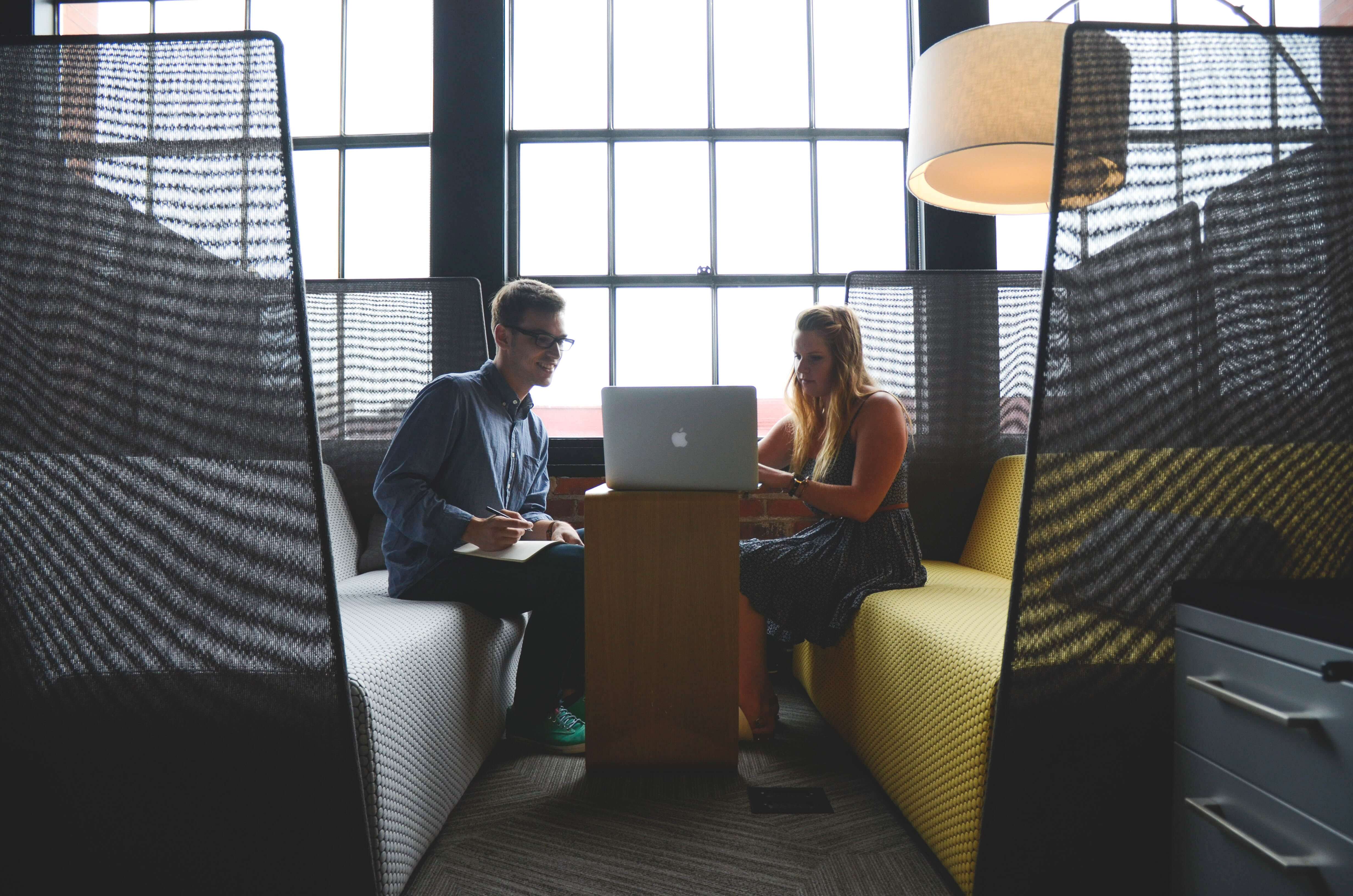 As the number of IoT devices increases, management becomes more of an issue. Group policies become a must, and it’s usually a software layer which manages this type of facility, providing a single place from which updates can be pushed, and multiple hardware instances configured at a stroke.

Some IoT endpoints’ OSes are firmware or flash memory-based, and so, therefore, can be altered according to the needs of the individual organization. Others are baked-in.

An alternative method of configuration is via the API or SDK provided by management software developers, or even by the hardware manufacturers. However, smaller organizations may not have the in-house capability to access the code base via these means: tweaking according to specific requirements of the enterprise, therefore, should be fully costed.

While IoT devices can provide a broad variety of technical data – such as that supplied by monitoring devices, the drawing-out of the strands of information to provide business worth is an altogether different matter.

Some suppliers of IoT telemetry and control systems provide the facility to create palpable business intelligence (BI) from IoT deployments. Others’ outputs are more raw – and may require API-level access into the data, to be fed into third-party BI or business analysis software.

While here at Tech Wire Asia we can’t give industry-specific advice on IoT technology, many of the implications of using this type of technology are more general, and we hope to have covered some of them above.

To help you in your exploration of this emerging and evolving technology, we can, however, recommend some of the following suppliers of IoT expertise as viable starting places for those organizations looking to exploit the gains available from IoT.

KORE Wireless Group (“KORE”) delivers transformative business performance through the Internet of Things (IoT).  It is the largest independent provider of secure, managed IoT networks, application enablement, and location based services, and focuses on combining its capabilities and expertize into business-centric IoT solutions.

KORE has operations in the US, Canada, Australia, Singapore, UK, the Netherlands, Brazil and the Dominican Republic, and serves as its customers’ trusted advisor and partner-of-choice for simplifying the complexities of IoT.

The company serves more than 6,000 customers and partners who integrate its services into diverse, industry-specific applications. These include: fleet management, healthcare, utilities, field services, asset management & tracking, and many more. 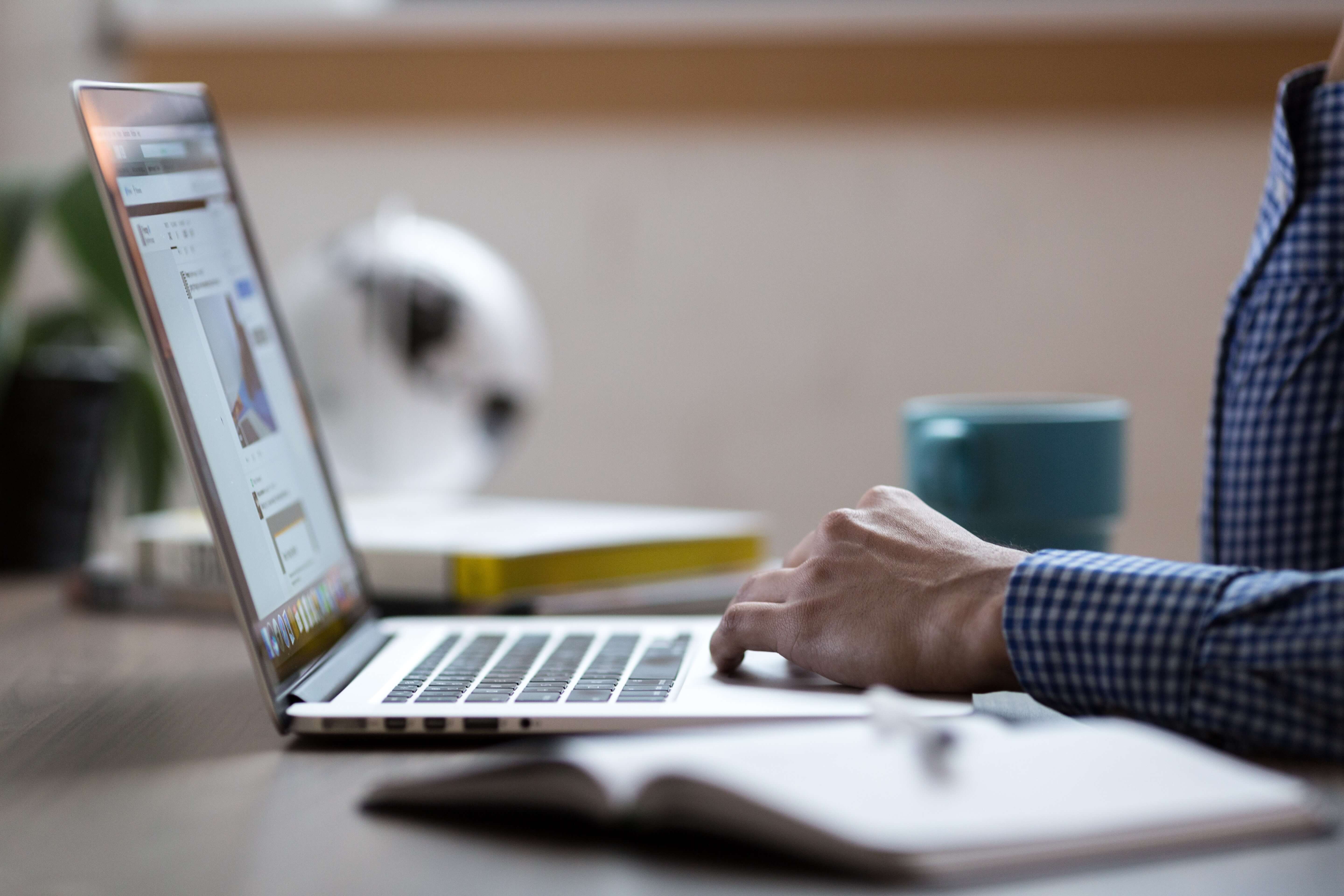 With more than 8.5 million subscribers across its connectivity and location-based services, KORE is uniquely positioned as the one-stop global solution to its customers’ major pain-point of needing multiple contracts with individual MNOs/carriers. KORE provides a ‘single pane of glass’ management platform for its customers worldwide, across all IoT technologies and devices they need to connect.

For more information, visit www.korewireless.com, read the KORE blog and connect with KORE on LinkedIn, Google+, Twitter, YouTube and Vimeo.

The ubiquitous semiconductor fabrication company has, naturally enough, a crucial role to play in the ongoing development of IoT. Its reach as a technology giant extends right across industries and therefore, across most layers of IoT deployment.

And while its internal service provision extends to processors, network infrastructure, and AI-powered firmware, anything missing from its portfolio can be filled by one of its worldwide partners.

Intel’s IoT specialization, if one can be singled out specifically, is in the development of standalone smart IoT devices. Accepting that the numbers of IoT endpoints will number in billions in the not-so-distant future, Intel is keen to promote technology that will not “saturate the cloud.”

Clearly, concerns about “peak device” go further than worries about the finite IPv4 address pool; the company is well into the R&D phase of providing genuinely autonomous IoT devices: interconnected “things” which will learn, adapt and auto-update, removing the need, in time, for a controlling infrastructure’s constant involvement.

At the forefront of its current hardware line-up is the E3900 range of Atom processors, which are designed with IoT in mind, specifically. Drawing minimal power, the chips are designed to operate in the field for years, providing hardware vendors with a span of longevity which will be attractive.

Sierra offers a range of embedded IoT modules for OEMs and systems integrators, adding wireless capabilities to connected devices across a range of communication channels. Additionally, the company also manufactures SIMs which, as it notes in its marketing materials, are entirely different in design from their cellphone-inclined cousins.

The Sierra Wireless AirVantage IoT Platform is cloud-based and is used as a central point from which Sierra SIMs can be managed and monitored – and therefore the devices which are connected by them. 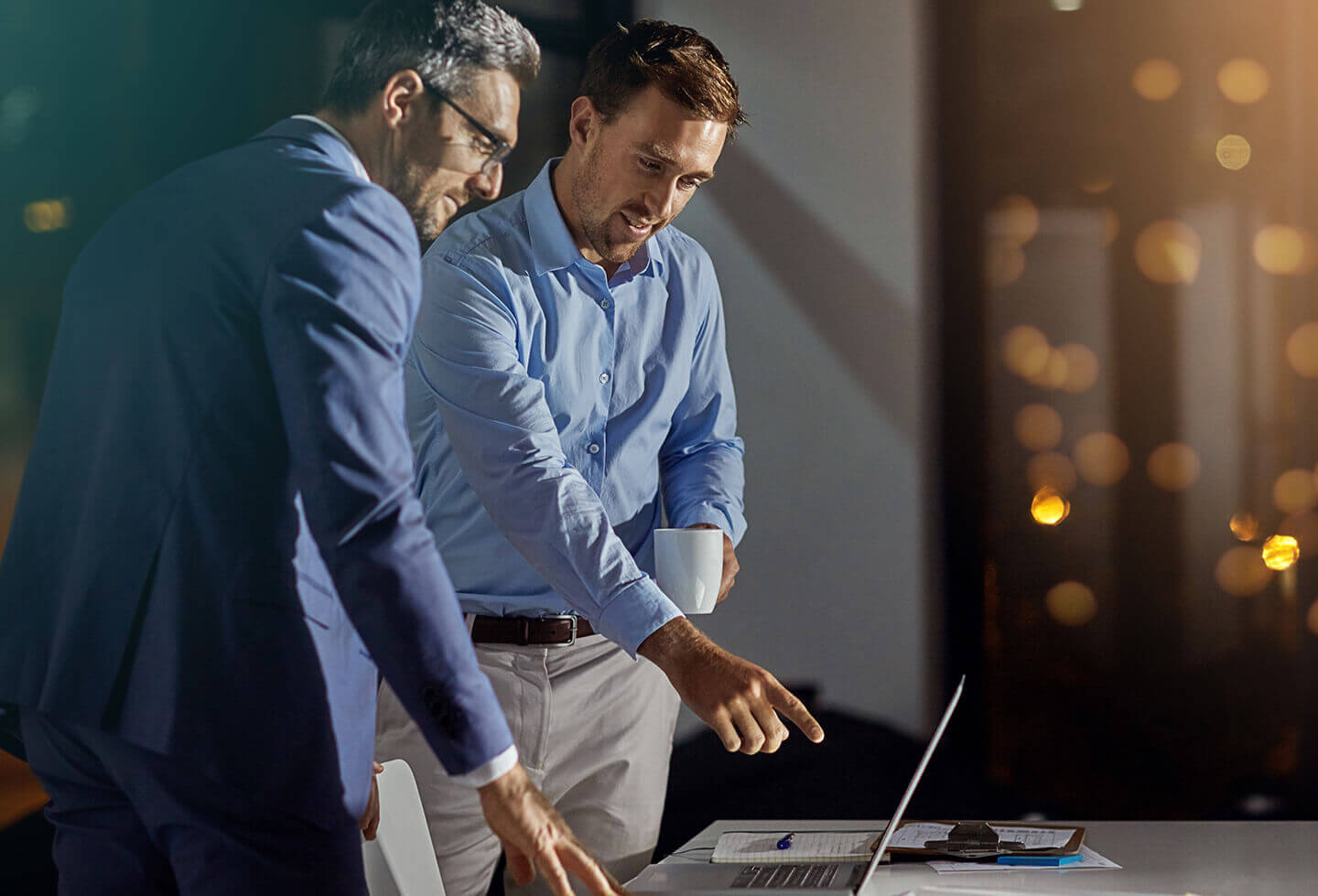 The company also supplies a suite of development tools and API interfaces for integration of its IoT platform into, for instance, existing ERPs, ensuring the integration of so-called “Industry v4.0” into existing enterprise systems.

The company also specializes in routers and gateways which are designed as conduits to mobile data from IoT, via LTE and its slower predecessors, for instance.

Sierra Wireless, therefore, can provide both the hardware technology and the software abstraction layer which is necessary for IoT to make the move from domestic gadget (the infamous smart-appliance, for instance) to practical, value-driving business solution.

UK-based Telit began life as an engineering solution provider for the telecoms market, newly established in that country with the privatization of the state-held telecommunications monopoly.

Now with offices across the world (with a primary branch operating out of Seoul), the company employs over 1,700 and offers a full gamut of services, including SIM technology designed purely for IoT, a range of communication modules, and IoT management platforms.

Depending on their deployment model, Telit’s IoT devices can be equipped with modules which communicate via Wirepas, Sigfox, LoRa, Bluetooth, the various wifi flavors familiar to most, and cell networks.

The company also supplies GPS functionality for chipsets, allowing remote, mobile IoT devices’ deployment, such as in the new breed of autonomous vehicles.

The hardware SIMs from Telit are complemented by a range of global data plans, with one pricing model obviating the need for companies to create their own agreements with different mobile data networks in different countries.

The overarching software management platform for IoT is additionally available in the industry-specific deviceWise form, designed for use in factory IoT roll-outs. Given the company’s engineering roots, this may not come as a surprise – but the company’s evolution since its first M2M product’s release in 1998 means that it now presents itself in most industries and uses worldwide.