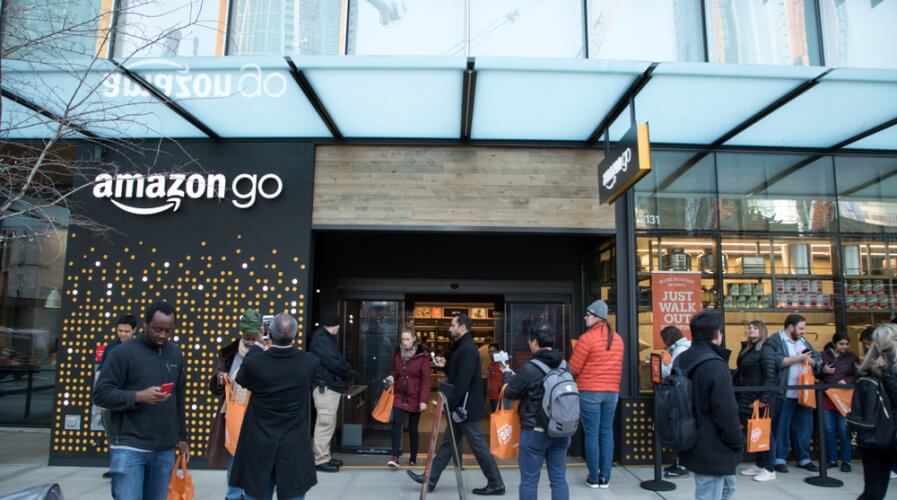 Amazon Go is the only retailer that has no checkouts at the moment. Microsoft is looking to change that. Source: Shutterstock

The future of retail has no checkout lines

MICROSOFT is helping retailers move towards a cashier-free future.

The tech giant is reportedly working on a technology that removes the need for checkout lines. According to Reuters, retailers across the globe have seen samples of the system, which is said to track what shoppers add to their carts.

Amazon Go opened its doors to Seattle public in January. Customers scan their phones at the entrance, while cameras and sensors track the products they pick off the shelves. Amazon then bills the credit cards registered to that account after the customer leaves the store.

All of that without customers waiting in line or interacting with another human.

While Amazon gears up to open more automated grocers in Chicago and San Francisco, traditional retailers are feeling the pressure.

Rivals understood they cannot ignore the threat Amazon Go poses towards the current system used in brick and mortar stores. Several of them have started to test alternative technologies to compete against Amazon, with mixed results.

Unlike Amazon, Microsoft’s approach is to work as a technology provider, to level out the playing field for retailers. Sources told Reuters that the Redmond giant has been in talks with US retail chain Walmart about a possible partnership.

Developing the automated retail system is in line with Microsoft’s commitment towards the “intelligent edge”. A bunch of connected devices that can run AI capabilities natively, the intelligent edge is essentially a smarter Internet of Things (IoT).

In an automated retail setting, this is exactly what is needed to drive real-time insights at a lower cost. Intelligent edge reduces the need for constant connection or data transfer to the cloud, which makes operational costs much cheaper.

For grocers, who generally operate with a thin profit margin, this is key. The technology cannot be a substantial investment that negates the benefits over existing systems. 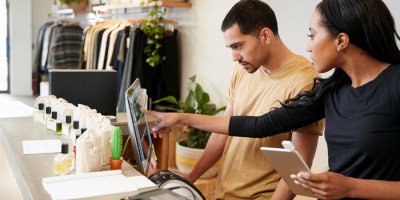 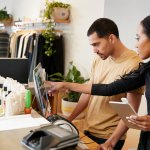 HOW ARE ONLINE RETAILERS TRANSFORMING THEMSELVES?

In the tech battleground, Microsoft itself has been neck to neck with Amazon in offering cloud services. Even then, the Azure provider still ranks second behind AWS.

With automated retail technology, both companies are once again butting heads in a race to realize a cashier-less future.

Amazon took four years to build and another year to pilot Amazon Go before officially opening its doors to the public. That’s already 5 years’ worth of head start that Microsoft is losing out on.

If Microsoft is serious in bringing the intelligent edge to retailers, it needs to have something substantial soon, to gain a chance in chipping away Amazon’s monopoly in this space.