Winbond will start manufacturing from new facilities by 2020. Source: Wikimedia

Winbond presses on with expansion despite NAND price slump

DRAM and flash memory maker Winbond Electronics has announced plans to begin constructing a new factory in Kaohsiung, Taiwan later this year. The new fab is due to start producing physical output by 2020.

The company’s operational plan for the next 10 years is aggressive and is being led by promising demand from the big data, automotive electronics, internet of things and cloud computing markets, according to company chairman Arthur Chiao.

Winbond’s flash memory products (NOR flash and SLC NAND flash chips) made up 47 percent of the company’s revenues in 2017, while DRAM formed the rest. Sales ratios for this year are thought to be similar.

As the NAND industry scales up its production of flash memory, it was expected that demand would rise accordingly to stabilize a potential drop in prices this year.

However, in the year to date, NAND flash prices have declined gradually and this trend appears set to continue into the second half of 2018. 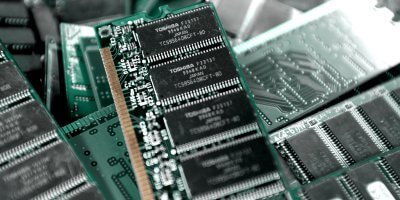 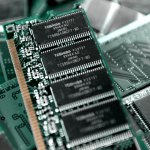 With chip suppliers’ additional new capacity coming online, the market has certainly seen a degree of oversupply since January. As well as scaling up output, chipmakers are transitioning their production methods and increasing miniaturization.

One of the driving forces for demand in NAND is the automotive sector, where manufacturers are increasingly looking to differentiate themselves from one another by means of onboard technology.

For the Taiwan-headquartered company, automotive electronics is predicted to grow to around a quarter of company revenues from its current level of 19 percent.

Despite market fluctuations, Winbond has inked deals with silicon wafer companies which secure the company’s supply as far in the future as 2020.

In an uncertain market, Winbond is creating some advantages for itself by at least being able to nail down some of its supply-side costs, industry observers noted.

The company plans to expand production capacity in central Taiwan to 520,000 units per month later this year, from its current 480,000. The company raised US$294.9 million in December 2017 — some the funding going towards this latest investment.