How energy helps build a strong foundation for smart cities

So what exactly is a “smart city”? The phrase is often used as one of those devices which implies some kind of near-future, sci-fi settlement where many of us might soon be living.

However, most technological progress – on which smart cities are of course based – is gradual. Already across the globe, many urban areas are becoming “smart,” by any meaningful definition of the phrase. As technology becomes embedded into where we live and work, and in the modes of travel we utilize, our cities (and villages and mega-metropolises) are becoming smarter.

Smart cities, then, do not appear overnight. Rather, technology becomes enmeshed in every aspect of the city, and the gradual evolution of tech is mirrored in how and where we live & work.

This process of assimilation of technology – from power sources to microprocessor-control units – either percolates from the top down (government activity implementing tech solutions), or from the ground up (the population using technology to change infrastructures – like ride-hailing tech, or bike hire apps).

A smart city is dependent on many different areas of technology deployment: in buildings, environmental management systems, security systems, utility management and so forth.

There are transport systems which adapt according to population movements, channeling vehicles and people to achieve the quickest movement of people and goods around the city. 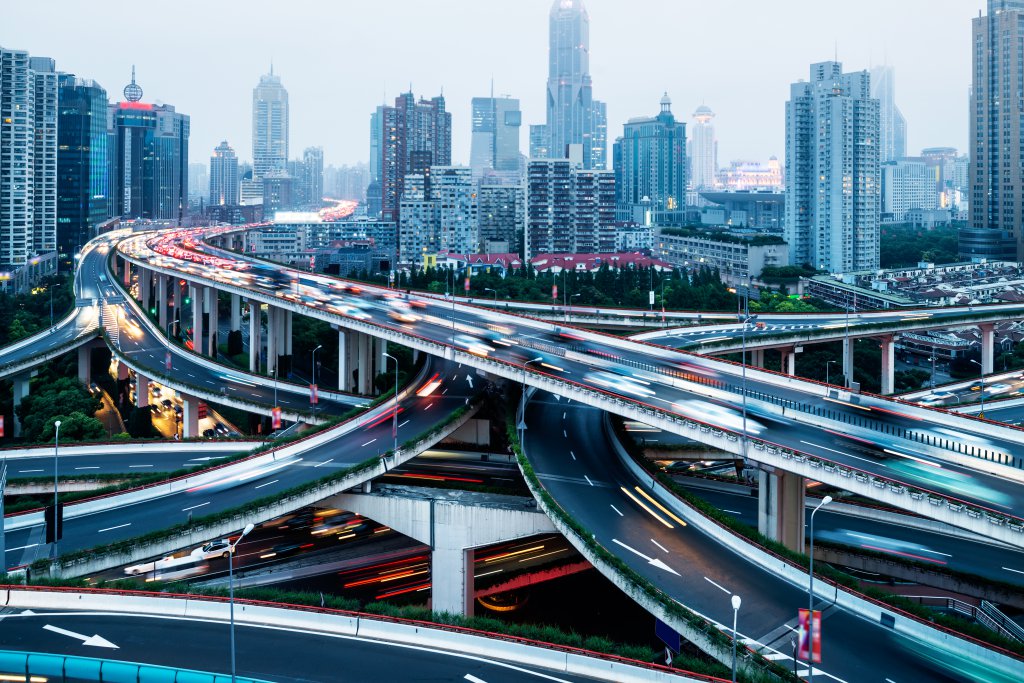 Everywhere, smart machines send back information about their own status, plus additional information like meteorological conditions, data from movement sensors, light sensors, sound levels, footfall measurements, and so on. This is the internet of things (IoT) – the current darling of the IT trade (and mainstream) press.

Moreover, two major elements underpin all these changes which are happening every day, gradually, with us barely noticing in many cases. The first is technology, naturally.

Falling prices of silicon and breakthroughs miniaturizing integrated circuits mean that Moore’s law (whereby computing power doubles every two years at a fixed cost price) is still proving right. Cheap tech, utilizing levels of compute that would have astonished NASA engineers only twenty years ago, is being installed everywhere, and it seems, in everything.

The second underpinning of smart cities, is, of course, its lifeblood: power. But as everyone knows, our current sources of power are not infinite, dependent as we are still on fossil fuels. Therefore, smart cities if they are to survive will need smart power – that is, renewable energy.

Energy procurement is therefore a big issue for smart cities, either for individual citizens or as a consideration to grapple with for local and national governments.

Sourcing and sustainably providing electricity requires specialist knowledge, both of technology in general, but also in overall power management. Additional expertise is required in sustainable sources such as photovoltaic panels and wind power, and management of existing, unsustainable sources of power – gradually phasing out the latter as the smart city’s demands settle.

To help any organization to source its power efficiently and effectively, here at Tech Wire Asia, we’ve considered three such suppliers of/specialists in power – see below. 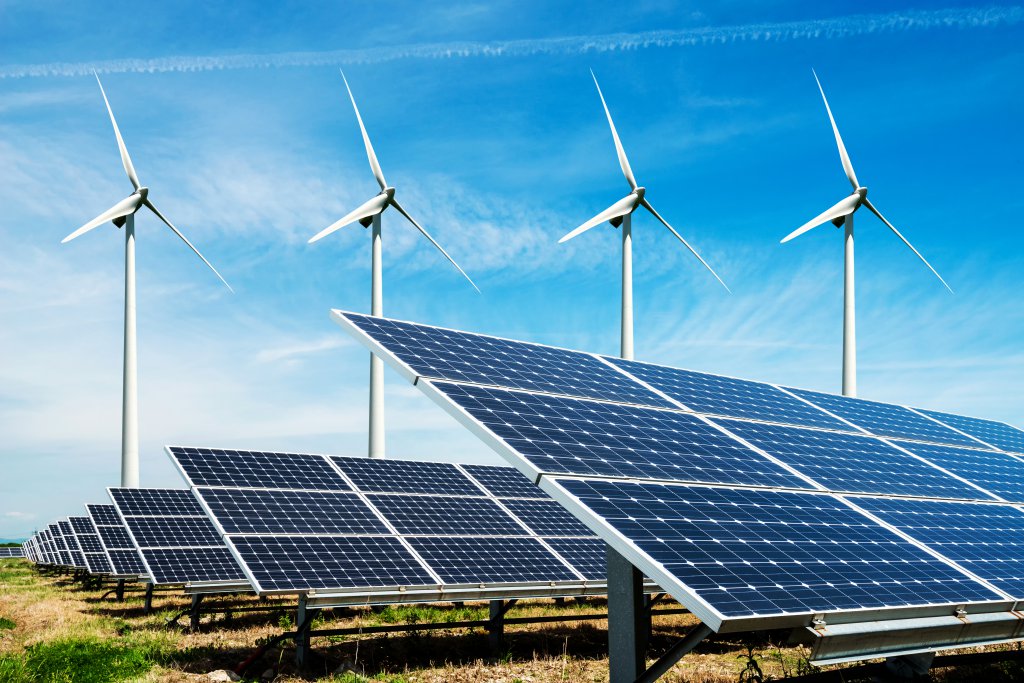 Any energy procurement exercise for a smart city involves a process of needs analysis, risk management, the gathering of intelligence, and eventual sourcing, preferably from the smarter choices of power.

Then, the same supplier should be able to provide an ongoing monitoring and improvement system, whereby costs vs. sustainability are considered, and one that’s able to alter the balance between sustainable and less green solutions, going forward.

Many communities are adopting microgrid solutions, which have only become economically viable since the rise of cheaper, internet of things-enabled sources. The first microgrids (independent power production & management facilities) were deployed as prototypes by forward-thinking companies with highly innovative R&D departments – like the companies we feature below.

Currently, microgrids are powering business districts, campuses across the globe, remote outposts (of communications nodes, for example), plus are being utilized by large urbanizations which can draw from the microgrid when its power is needed, and sell on any surplus power generated back into the national grid.

Ideally, therefore, if your organization is looking for smart power solutions, either for your entire business, edge-based campus, or your city, we recommend you consider one of the following three companies, whose proven ability covers the full procurement, management and sustainability issues with which the smart organization must contend.

The French company Schneider has a very long history in many industries (especially all utilities) as well as cutting-edge technology.

This unique mix of heavy & traditional industries and technology – the latter driven by a pro-active R&D function – means that Schneider is well placed to advise and implement any energy solution.

The foundation of any smart city, campus or large organization is built on the sensible and sustainable procurement of energy, including from sustainable sources. Schneider’s experience in creating and managing microgrids across the globe has been utilized by city authorities and enterprises alike.

The benefits the company offers stem from its ability to advise, source and supply from individual smart devices (such as relays, switches and control devices) right up to engineered infrastructure at the largest scale.

Schneider’s track record in renewable energy is second to none, with significant investment, for instance, going into the development of PV (photovoltaic) technologies. Over recent years, costs of PV have dropped dramatically, making sustainable power generation a viable option for organizations and local authorities.

Schneider’s power solutions are built on EcoStruxure, its open and interoperable platform on which IoT devices, apps, services, and solutions can be based. Designed for the internet of things in industry, it provides the platform-agnostic basis for many of its deployments.

EcoStruxure can unify complex city-wide deployments of utilities, power management, smart sensors & devices, server rooms, and edge deployments. This unifying platform makes the adoption of smart technologies viable, from the level of the small business to the large capitol.

Learn more about Schneider’s work with Carson City, Nevada, or contact a representative near you today, who can advise on your energy requirements, from solar panel to independent microgrid.

There are a few misnomers about “smart cities” which need to be dispelled. Firstly is that they need to be somehow part of the highest concentration of people and resources – central hubs to which the latest in technology gravitates.

The second is the term city – in truth, any village, hamlet or gathering of habitation can become “smart” – that is, digitally empowered, or in some way transformed positively by the careful application of the very latest in technology.

Both cases in point are proven every day by Australia’s Carnegie Clean Energy, whose research-led work into renewable energies is creating the viability of remote settlements across the world.

Specialising in undersea wave technologies, solar arrays and the very latest in battery technologies for power storage, Carnegie is enabling communities to become net contributors to the local grid or become completely power-independent.

With solar power, Carnegie is pioneering the build-own-operate model of power production, allowing discrete businesses, organizations and even whole towns to generate their own energy in a renewable manner, without recourse to fossil fuels and price fluctuations outside their immediate control.

While the market in which Carnegie Clean Energy operates is very new, the company’s reliance on the very latest technology ensures that end-users can benefit from the falling prices of renewable energy, and whole new, otherwise isolated communities can now become self-sufficient zero emission communities.

At the other end of the spectrum from Carnegie, Siemens power offerings include solar photovoltaic and concentrated solar power, wind, gas turbines, steam turbines and power conversion systems for energy storage. It also has control systems which can aggregate and optimize the distributed generation resources for both electricity and heat production.

Siemens Spectrum Power™ Microgrid Management System (MGMS) is a supervisory control and data acquisition (SCADA) system recognized worldwide for flexibility, reliability, and expandability. It integrates and optimizes decentralized power generation, and acts as the overarching framework on which its smart control and generation systems are based.

The software monitors and controls the production & storage systems, and readjusts generation and grid operation in real time.  It visualizes events and structures and analyses energy flows.

Microgrid Software as a Service (MSaaS) is also available, a remotely-hosted microgrid control solution. MSaaS is designed for campuses and institutions that want monitoring, control, and optimization of distributed energy at an affordable cost – without the hassle of managing and maintaining on-site IT infrastructure.

Additionally, in wider smart city deployments, Siemens is also a leader in electromobility and can deploy electric vehicle charging systems and management solutions.