Despite being a relatively new technology, the internet of things (IoT) is beginning to develop some maturity, as it moves into the corporate world. .

IT departments across the industry are starting to realize that among the hype and buzz phrases, there are rich veins of value to be mined.

This article looks at one such type of deployment that’s firmly rooted in proven, practical experience that can produce significant value to organizations across a broad swathe of industries. 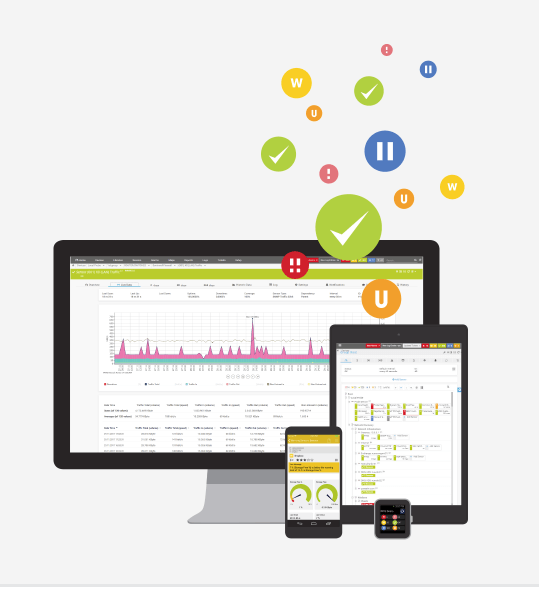 Before we can begin, we need to lay out some basics. Any team tasked with a rollout of IoT on a viable, production footing will be aware that there are, in general terms, three considerations, each of which concerns data. In brief:

— Data collation & continuity. How data is stored, presented, processed, and utilized. How systems are monitored.

Two specialist companies have emerged which, in partnership, provide many of the practical answers to questions asked by IT teams attempting to gain value from IoT. Paesslers’ monitoring solutions are already well-known in IT circles and are available either as a server- or cloud-based (SaaS) highly scalable platform.

Out of the box, PRTG has the ability to monitor literally hundreds of devices, protocols, and technologies. It offers failover capabilities, a granularly-configurable alert system, multiple interfaces, and insightful reports in many formats.

In combination with the world’s most extensive independent communications network created explicitly for IoT by Sigfox, the outcome for organizations of any size is a price-conscious, robust, and scalable IoT solution.

Sigfox is a French company with a dedicated worldwide network catering only to IoT and IIoT deployments. It offers significant advantages over networks which piggyback existing systems such as LTE, 3G, or WiFi, and represents a robust LPWA (low-power wide area) provider:

Data from connected IoT devices is captured in Sigfox’s cloud computing arrays, via its own network infrastructure. The nature of the underpinning technology means that devices can be kilometers from a node, or mast.

PRTG then completes the picture either via RESTful API or custom callbacks to provide pro-active monitoring facilities, and an all-encompassing monitoring platform which covers the entire IT infrastructure, from servers, endpoints, network hardware, and multiple IoT networks.

Sensor-based pricing means sensor numbers can be assigned and re-assigned at will. Therefore, mission-critical systems (say, server-room IoT sensors and network hardware supporting the whole facility, plus the servers themselves) can be prioritized, with less essential devices assigned fewer sensors. As business needs change, the sensors can be reassigned, without licensing complications.

PRTG can either be hosted in-house (there’s a trial version to download for free) or on Paessler’s own cloud-services as a fully-managed SaaS provision. Organizations wishing to roll-out testbed IoT, therefore, will not need to experience significant CAPEX risk unnecessarily.

The combination of Paessler and Sigfox (both European companies) means that low-cost, high-impact IoT can be rolled out, with transparent pricing and a proven return on investment. This is the next-generation internet of things – known to work, safe to test and explore, and designed to bring business value.

Use-cases already exist where IoT and IIoT have been found to lower costs such as machinery maintenance bills, fleet tracking overheads, healthcare provision OPEX, and so on. Industries which have found practical IoT use include:

To find out how easy it is to integrate Sigfox IoT sensors with PRTG using the former’s dedicated network, watch this video. Alternatively, for further reading, learn more about low power wide area networks here, or the features available from PRTG, the all-inclusive, wide-reaching IT (and IoT) monitoring system here.