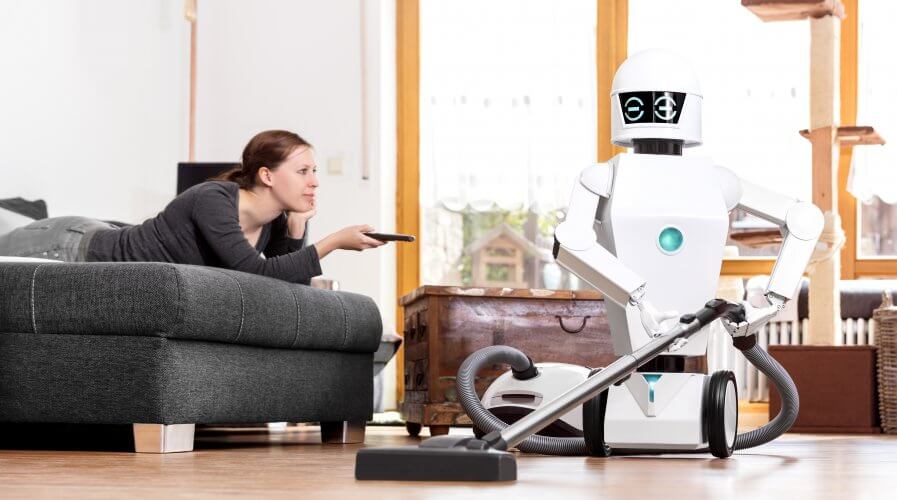 As easy as a click? The reality of IT departments’ activities today

There are quite a few claims made about software platforms that often raise a smile in IT departments. Solutions that purport to make the large swathes of the IT function unemployed are not uncommon.

It’s true that the role of the IT professional has changed in the last dozen years, with many contributing factors not limited to the cloud, automation, clever technology, and the consumerization of technology. But nevertheless, even the most impressively low-code, no-code, plug-in and forget, zero-config, all-in-one product to hit the market will still need qualified people to ensure it’s well-chosen, well-placed, maintained, fixed, integrated and generally overseen.

The everyday concerns of IT staff are, in fact, more complex than they were. Most organizations use a heady cocktail of in-house services, cloud-based apps, remote offices, different security devices and policies, LANs and VLANs, operating systems, application stacks, and development environments.

And because of the well-rounded, beautifully designed and (usually) slick user experience that mass consumerization of technology has brought the general population, people think that keeping the show on the road is a matter of tapping an attractive on-screen icon now and then.

In addition to the now-common cloud service model being on tap, there are also plenty of solutions on the market that aim to simplify what is often a highly complicated underlying process. There are, for example, plenty of solutions that will interconnect highly involved ERP platforms with other services, like cloud-based supply-chain management, HR systems, finance packages, and so on. The intricacies of API interfaces, handshakes, and networking protocols are abstracted away from end-user and presented in drag and drop interfaces. That sort of capability and using similar types of technology to automate processes in the business are impressive, and organizations are becoming more agile and productive as a result of that type of citizen computing.

The specifics of maintaining this shifting technological business environment in ways that are safe, efficient, continually performing and improving do, however, require a good deal of specialist knowledge. Despite rumors to the contrary, IT staff are human too, and as such are not averse to having their lives made easier by the application of technology to automate, remove the drudgery, and even write the occasional report.

While the died-in-the-wool uber-geek will want to build his or her own Arch-based distro in their spare time, in the workplace, they would much rather have access to cutting edge technologies that will ensure the organization’s work can continue apace.

Here are a few areas in which IT staff are seeing significant change:

As computing, storage and networking get faster, more powerful, hyperthreaded and accelerated, there’s enough slack granted by the increased power of the underlying platforms to create a layer of abstraction on top of a great deal of hardware and software. Converged systems normalize network devices, storage arrays that are physically located in discrete silos, cores, and processors in physical and virtual machines, security devices and connectors of all types. 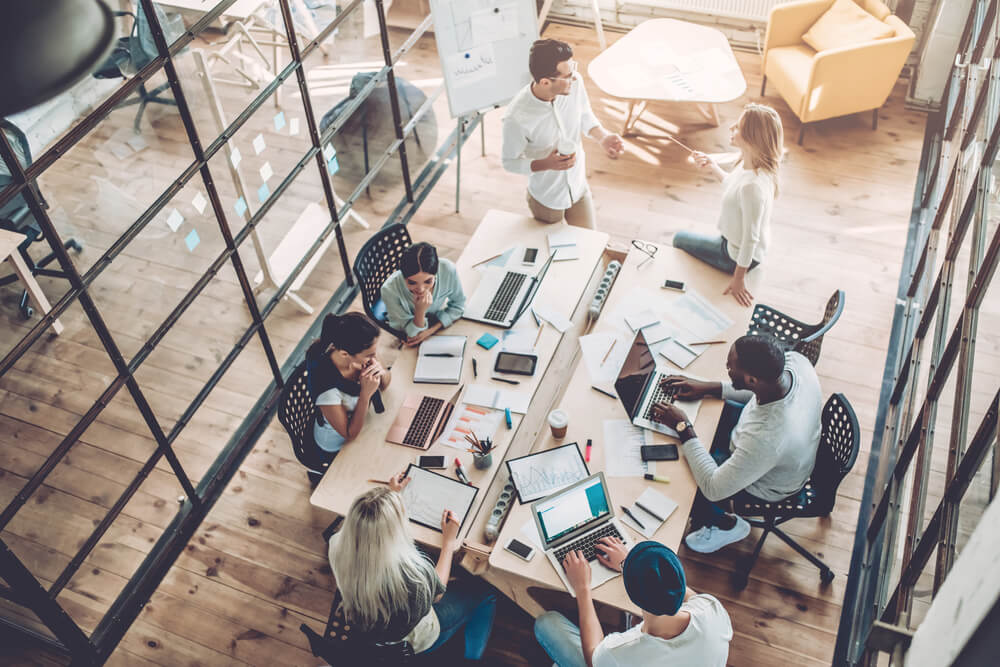 The power of hyperconvergence is that resources can be allocated where they’re required, when required and in necessary quantities. Allocation can be manual, rule-based, or triggered, or any combination. This technology has created elasticity in resources, and businesses of all sizes (it’s increasingly cheap to deploy) are seizing the benefits.

As touched upon above, RPA is changing the way in which citizen developers are using technology in the workplace. Instead of copying and pasting from application to application or firing up three or four apps to get the job done, systems are now interconnecting more easily, and much data interchange can be automated.

That’s excellent news for IT departments, who have often had to plumb depths of online documentation and API manuals to get different packages to speak to one another. But in the specialist IT function, there are now several automation and oversight solutions that are specifically designed for use by IT professionals. Rather than connect a cloud-based finance platform with an in-house invoicing app, IT departments are beginning to use solutions that will monitor all edge deployments’ security facilities and push parsed log files into remote and in-house databases and archives. The repetitive nature of much systems administration, security operations, and helpdesk facilities can now be done by silicon, rather than human.

Cloud-based computing was the clarion call only a few years ago, but the realities of pushing everything to a remote cloud is not quite what everyone imagined – IT professionals included. There’s now more of a tendency to process data in edge deployments, and that is leading to more sophisticated technology stacks held away from central facilities. Of course, that’s always been the case for MSPs with more than a few dozen clients, and there’s now some breakdown between pure-play MSP-oriented management platforms, and WAN oversight platforms. In some cases (see below for a specific example), larger organizations with multiple ROBOs, retail stores, manufacturing facilities, and remote stations are using the same technology that the big helpdesk companies were the sole users of, just a few years ago.

Here at TechHQ, we’re focusing on two suppliers of solutions specifically designed for IT functions of just about any size, to help manage, automate, control and monitor the increasingly complex topology of their organizations. Each of these we consider to be leaders in their field, with cutting-edge offerings designed to ease the burdens of the working day in the IT department.

Resolve’s advanced, cross-domain IT automation platform will resonate from the CIO’s digital transformation office to IT departments at large, delivering automation and integration capabilities that have proven to result in significant efficiencies and cost savings in even the most complex customer IT environments. Capable of codifying complicated, multi-step IT processes and automating them – complete with pre-defined interactive points for human decisions – the platform seamlessly handles the arduous, repetitive processes that dog many IT departments.

The pre-built automations and integrations available out of the box mean that you can quickly ramp up automation across your cloud, hybrid, on-premise, and edge-based hardware and software systems. Automation enables you to proactively maintain, control, and resolve issues with this complex IT ecosystem, effectively breaking down functional silos that have traditionally presented a multitude of challenges.

Instead of manually firing up different apps and tools to perform the same processes day in, day out, Resolve’s solutions deliver powerful automation that can be leveraged to free up a great deal of staff time and energy to focus on solving new IT challenges presented by emerging technologies, and tackle business-focused projects (like rolling out automation projects in other key departments!).

The platform comes with hundreds of common automations and workflows built-in as templates, from resolving server and disk space issues, to onboarding/offboarding users, automating end-to-end patch management, provisioning in hybrid cloud environments, and more. There are few areas of the IT department’s work that won’t benefit. You can read more about Resolve and its platform here.

While many systems administrators have a rattle-bag of network monitoring, logfile digestion and security tools, the PRTG platform from Paessler aims to usurp most of those with a monitoring solution that has an impressively long and comprehensive list of compatibility. Even the protocols and instances that aren’t that common can be monitored, and suspected anomalies flagged, and administrators alerted. From the simplest packet sniffing, bandwidth monitoring, and app performance metrics, there’s a sensor or monitor for esoteric databases, virtual environments of any vintage, storage and archiving, and many security services: the list is a long one.

Technologies like NetFlow, jFlow, sFlow, SSH, WMI, and SQL oversight are available, and if there’s more esoterica than the platform can handle, there’s a proper API for a favorite Python, PowerShell or VB script. The dashboards needed to keep tabs on a particular area (or to see oversights and then drill down) are configurable to personal tastes so that complex topological maps can appear next to key information about apps, services, and security analysis.

Cloud service monitoring is included alongside IoT-specific capability, plus more everyday web server stats and packet flow analysis. Whether you’re tasked with sorting out bottlenecks or improving QoS and latency issues, or firewall policy, the PRTG platform is designed to serve the needs of the entire IT function.