The importance of building ‘privacy that works for everyone’

“IT IS INCREDIBLY important for us to design privacy that works for everyone rather than deliver it as some sort of a luxury good that only a subset of people can afford and pay for,” said Google Chief Privacy Officer Keith Enright. 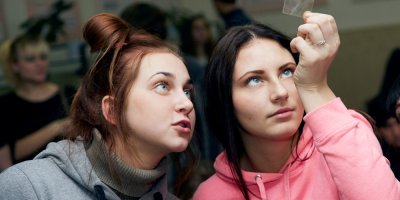 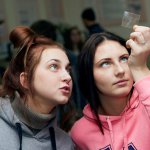 US DEPT OF COMMERCE: HOW TO ESTABLISH A PRIVACY FRAMEWORK

Speaking to Tech Wire Asia and other media, the company’s custodian of data and enforcer of privacy policies explained that the business, as a whole, is becoming more sensitive to concerns around data and the need for its protection.

“Being a global company, we are perpetually reminded that privacy is really about a cluster of personal decisions and preferences that are dependent upon local content such as legal and cultural tradition.”

Enright acknowledged that the “various variables involved made it extraordinarily difficult” for the organization to provide the right amount of data privacy and protection while ensuring users still enjoy products and services “to the greatest degree possible”.

“We think of privacy as a product in some respects, one that our users deserve the highest quality of,” said the Google CPO who added that the company aims to be a leader in privacy in the future, raising the bar for industries across the world.

Of course, Enright echoed what Google CEO Sundar Pichai had already expressed in an opinion column in the New York Times recently — but also aimed to show that the company walked the talk. 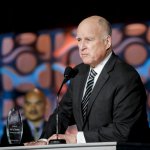 Enright’s discussion with media from across Southeast Asia showcased several new features and capabilities, some that have been launched, others that are on the way, to deliver on the privacy promise to its users.

Here are a few highlights of what Google believes is a step in the right direction in terms of providing ‘privacy that works for everyone’:

Users can choose to have Google erase their data either three months after the date of creation of said data or 18 months, depending upon their comfort level.

Since continuing to allow Google to capture and store user data ensures personalization and better customer experience, however, Enright revealed that initial observations suggest that the bulk of the users that discovered this option preferred to avoid deleting any data at all.

Most users on Google’s Chrome browser are familiar with the incognito (ctrl/cmd+shift+n) mode that they can use to avoid having the device (computer/mobile) track their activity.

Enright said that since a lot of users, especially those using public or shared devices, expressed their appreciation for the thoughtfulness that the feature offered, Google decided to extend capabilities into YouTube.

Probably the most interesting of Google’s privacy updates was the fact that the company announced the use of federated learning models to train their algorithms without having data leave the user’s device.

According to Enright, the user’s device downloads the current model, improves it by learning from data on the device, and then summarizes the data as a small focused update.

For those in the enterprise technology world, think of it more as edge computing where the device on the edge (the user’s mobile phone or tablet) trains the model using the data and sends only what is relevant (summary of updates) to the cloud (Google). 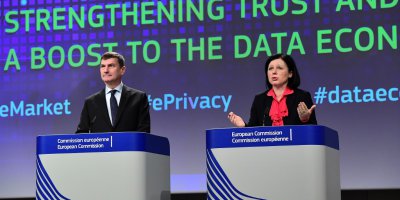 Will Google set a new benchmark with its innovative privacy efforts?

“Google has doubled down on its commitment to provide best-in-class privacy settings and controls across all of our products and services. We have made significant investments in getting this right, and we have stronger support than ever before, from the senior-most leaders in the company.”

Enright and the US-based global tech giant are certainly saying the right things when it comes to data privacy and security — and if they deliver, customers will definitely be delighted.

However, it’s also important to realize that Google’s message directly challenges the thoughts and views of Facebook, a company with platforms such as namesake Facebook, Instagram, WhatsApp, under its control, with access to enormous amounts of private and personal data.

Facebook made headlines and outraged billions of users all over the world last year when CEO Mark Zuckerberg refused to extend General Data Protection Regulation (GDPR)-like compliance measures outside the EU and COO Sheryl Sandberg who told NBC: “We don’t have an opt-out at the highest level. That would be a paid product”.

While Facebook has since decided to bring more value to customers via better data privacy measures, other companies in the tech space have, on many occasions, said that stringent data privacy would strangle the industry in many ways — especially when it comes to personalization and the development of AI.

Both of these areas, however, seem to have been tackled by Google’s new updates, and there might be a lesson or two other companies can learn. 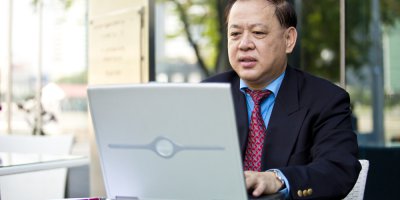 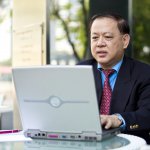 Google’s CPO Keith Enright briefly touched upon the fact that when users/customers visited the privacy settings page on their account and saw that they had the option to auto-delete their data after three months or 18 months, they decided to allow the company to hold on to their data.

The company seems to have earned the trust of its customers who are delighted by the fact that they have the option to decide how long the company holds on to their data but understand and value that giving them more data means better personalization of the products and services they use.

This is a great example of the company demonstrating that when companies earn the trust of their customers, it’ll be easy to personalize their offerings and boost revenues.

Next, for technology companies that argue about the lack of data to train their algorithms and the bottleneck that strong data privacy and protection laws will create when it comes to the rapid advancement of AI, Google’s federated learning provides an interesting answer.

Federated learning is an open-source technology that is powered by another Google product: TensorFlow.

According to technical documentation, federated learning allows a global model to be trained across many participating clients (users) while keeping their training data local (without uploading their data or sending it to any company).

This enables developers to simulate the included learning algorithms on their models and data, as well as to experiment with novel algorithms.

TensorFlow’s federated learning can also be used to implement non-learning computations, such as aggregated analytics over decentralized data. 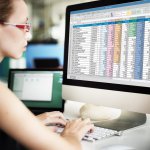 What this means, overall, is that organizations no longer need to worry about gaining access to customer data and moving it to their own servers. The data can remain on customer’s devices — ensuring security, privacy, and protection — while still training AI for the most advanced needs.

To the layman, Google’s privacy updates might not be very exciting (although developers will tell a different story), however, they’re definitely going to earn the user’s trust.

The Mountain View, California-based giant’s efforts to build privacy that works for all is, therefore, something other companies must definitely learn from.