Is Infrastructure as a Service a good idea? Source: Shutterstock

Why IaaS is the first step to the cloud for enterprises

WHILE most companies are excited about their move to the cloud because of its various advantages, some have held back.

This is especially true for traditional businesses in the manufacturing space that are averse to the idea of digitization as their customers, usually other businesses, don’t explicitly demand it.

According to some experts, such businesses could begin their journey to the cloud by exploring infrastructure as a service (IaaS).

True, IaaS will take considerably more IT resources to set up but compared to diving headfirst into software as a service (SaaS)-based business applications, it’ll be less of a change for the rest of the organization and could potentially ease the organization into the cloud environment.

Typically, IaaS constitutes cloud-based servers and storage, networking firewalls and security, and data centers. Unlike Platform as a Service (PaaS), IaaS doesn’t provide an operating system on the cloud or any development tools, database management applications, or business analytics.

Since IaaS allows IT teams to purchase computing resources on-demand, they enable professionals to become more agile. It’s this capability that primarily whets the team and company’s interest — especially when there’s a reluctance to give up any control over applications or infrastructure. 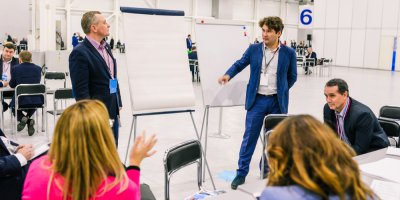 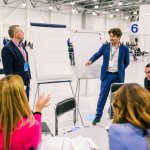 5 THINGS CXOS MUST DISCUSS BEFORE MOVING TO A SAAS PLATFORM

Truth be told, IaaS is already picking up. According to Frost & Sullivan, the strong market demand for cloud Infrastructure-as-a-Service (IaaS) is expected to drive the US$45.6 billion market toward US$150.7 billion by 2023, at a compound annual growth rate of 27 percent.

However, the think tank’s analysts believe that enterprises are using IaaS for strategic benefits such as supporting digital transformation rather than for tactical ones, such as reducing IT infrastructure costs and hardware/software maintenance burden.

“This has changed the way enterprises choose and manage their infrastructure, and led them to deploy applications across multiple infrastructures, from on-premises to cloud (multi- and single-tenant), resulting in higher demand for IaaS,” said the company.

“Some countries in APAC, like Japan and Australia, are more mature, while India, China, Singapore, South Korea, and Hong Kong are fast-growing markets.”

Overall, although IaaS is a great way to help businesses accelerate their journey to digital maturity, the technology is definitely something that companies new to the cloud should explore.