Thailand’s plan to transform into a digital hub is outlined in its new Thailand 4.0 policy.

It’s an effort that the government is making to not only gain technological capabilities to support residents but also involves a series of programs to help companies in the country accelerate their journey to digital.

As a result, the country is beginning to get a lot of attention from commercial giants from across the world who are looking for big-ticket investments opportunities.

Companies specializing in innovative and advanced technologies such as complex medical devices, electric vehicles, artificial intelligence, biosciences, and aerospace are keen to start up new operations in Thailand, according to experts. In fact, Thailand predicts that more than 475,000 jobs will be created as a result of it’s Thailand 4.0 policy.

One of the things that the government is trying to gain momentum with is smart farming — which it believes will be a value-based product of training, skills development, and knowledge, bringing prosperity to 20,000 households in the next 5 years.

The government is keen on investing in technology-based programs as they believe it will improve the overall well-being of the Thai people and drive the nation forward.

To ensure success, Thailand is creating a compelling proposition to invite innovative brands into the country by offering attractive tax incentives for foreign investors. For example, 13 years of tax breaks and 4 years of renewable smart visas for investors and global talent are becoming easier to obtain for qualified companies and professionals.

Through its efforts, the country is positioning itself as Asia’s next digital hub.

Efforts to increase expenditure on research and development, according to Thai officials, will expand the country’s economic growth rate in the next 5 years, as well as significantly help increase per capita income.

To be fair, Thailand has been making an effort to attract foreign investors and boost its economy for a few years now. It’s why the country climbed five places in 2019 and ranked 25th on the IMD World Competitiveness Rankings — just one spot shy of the UK (which fell three placed and ranked 23rd in 2019). 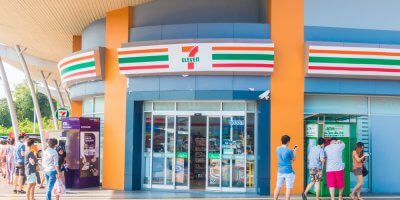 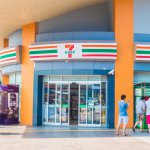 The country’s strategic location is expected to help the country in its aspirations to get more traction as a digital hub, especially when competing with peers in the region, including Malaysia, Hong Kong, and Singapore.

While it’ll take some time for the Thailand 4.0 policy to deliver on promises and actually create programs and carve out incentives, it does seem geared up to make a name in the digital-first world we now live in.