SINGAPORE just announced that the project it started in February — to help small business owners in the country’s Little India precinct adopt new-age technologies and go digital — has been completed.

Accomplished as a result of the joint efforts of SME Centre@Little India, Singapore Indian Chamber of Commerce and Industry (SICCI), and the Little India Shopkeepers and Heritage Association (LISHA), the project helped more than 100 retail, F&B, and other merchants in the precinct adopt digital solutions to boost competitiveness.

The Little India project was also supported by the Infocomm Media Development Authority (IMDA) and Enterprise Singapore (ESG), which helped drive the use of technology to deliver a better experience to tourists and local patrons.

As a start, the project focused on two key areas – e-commerce and e-payment. The solutions identified will help the merchants improve customer engagement, enhance the visitor experience to the precinct and strengthen e-commerce capabilities.

The agencies involved have roped in commercial partners such as Alipay, Dei, and Fave to augment the capabilities of the e-commerce and e-payment platforms offered to merchants in Little India.

Further, the team roped in popular e-commerce platform Shopee to provide training about digital sales channels and prepare the merchants to join and manage their presence on Shopee’s platform.

“We are in a digital as usual age. While digital technology has brought about challenges for some traditional businesses, it has also delivered many new opportunities,” said IMDA Assistant Chief Executive of Sectoral Transformation Jane Lim.

“We encourage all our merchants to work with the partners to take advantage of digital technology to improve customer experience and reach out to new customers.”

If you want to go far, go together

The country’s efforts to transform Little India and help the smallest of merchants in the precinct adopt technology is indeed commendable — but it’s not the first time that such a project has been executed.

IMDA and ESG previously worked on helping merchants in another precinct in the country go digital: Arab Street.

The shopping district in and around Arab Street has been re-branded One Kampong Glam recently as a result of a project by government agencies, transforming the district and making it better accessible to tourists and local patrons.

“Strengthening our digital presence helps our merchants better connect to a younger generation of locals, as well as overseas visitors, to give them a chance to experience our unique mix of retail experiences and cultural heritage,” Lebaffi told Tech Wire Asia earlier this year.

The building blocks of a smart city and Smart Nation

Singapore has massive plans to revolutionize its transport, healthcare, urban living spaces, government services, and even businesses — all in a bid to become a smart city, or a Smart Nation.

However, the country understands that the small merchants in the city are the lifeblood of the international trade and financial hub that it has now become.

What Singapore is doing in Little India and One Kampong Glam are initiatives that will go a long way when the country wants to flex its digital infrastructure to accelerate growth in the digital era.

In many ways, the country is already far ahead of competitors across the world when measuring success as a smart city or Smart Nation.

According to a recent report by Google, Temasek, and Bain, Singapore might not have a population as large as its neighbors Indonesia and Malaysia but the country has a lot to boast of in terms of success in the digital economy.

“Singapore continues to punch above its weight as the established gateway for funding in Southeast Asia. Internet companies based in the Lion City have raised more than US$23 billion since 2016.”

Unicorns such as Grab and Sea Group as well as companies such as Carousell, GoBear, ONE Championship, PropertyGuru, ShopBack, and Zilingo choose to be based in Singapore for its world-class infrastructure, supportive business environment and its ability to attract talent said the report.

The trio behind the report pointed out that the high per capita incomes help the wealthy city-state stay ahead of peers in the region on many metrics. 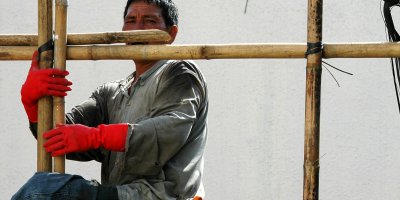 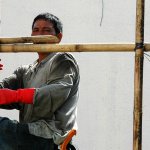 “For example, average order values in Singapore’s e-Commerce sector are three to four times higher than those in the rest of the region. Ride-hailing trips and Food delivery orders reveal similar patterns.

“It is this strong spending power that makes Singapore’s internet economy, worth US$12 billion in 2019, comparable in size to its much larger neighbors.”

At the end of the day, Singapore has a long way to go before it can be called a truly Smart Nation, but progress is being made every day — and there’s proof that efforts are being made to help businesses of all sizes make progress with technology rather than just focusing on the large enterprises.