What Asian fintech companies learn from the US regulatory environment

THE US HAS long been a pioneer in the fintech industry. As a result, fintech companies in other regions, especially in Asia, often look toward their American counterparts for direction.

Recently, big banks have been demanding stronger regulations for fintech companies for a number of reasons. Asian fintech companies, therefore, must pay close attention and watch the tide as changes made in the US might be replicated by bodies in the region fairly quickly.

Placed side by side, it is easy to see that a major advantage that fintech companies have over incumbent banks is that they are not bound by the same regulatory oversight. This allows them to offer banking services at a lower rate.

The American Bankers Association (ABA) hence pushed back when the US Federal Reserve (US Fed) introduced a new service that would allow financial companies to make round the clock payments.

This new scheme allowed for near-instantaneous fund transfers 24/7, giving businesses flexibility in financial management and in making time-sensitive payments. The ABA lobbied the US Fed to keep fintech companies (referred to as ‘nonbanks’) from accessing this service — and succeeded.

ABA’s victory shows that the fintech regulatory landscape is changing and that fintech companies are now being seen as a direct threat to the traditional banking community.

Besides being denied participation in this scheme, many fintech companies are also being refused banking charters, hampering them from competing directly with banks and offering traditional banking services at a lower price.

Not everyone agrees with the move to bar fintech companies from the payment services, and from receiving bank charters.

With many fintech companies overlapping with technology giants such as Amazon, Google, and Facebook, regulations are set to get more complicated.

At the moment, technology companies across the board are still reigned in from completely entering the fintech space because of scrutiny over consumer data privacy.

Regardless, a “Big Tech” merger with fintech still strikes fear in the banking community, especially community banks, who see technology-driven players as a bigger threat as compared to big banks.

The challenges that the American fintech industry face reflects the reality that Asian fintech companies will eventually have to embrace.

Fintech companies have to learn from their US counterparts, and start exploring different avenues to ensure that business will not be affected even with tighter regulations. 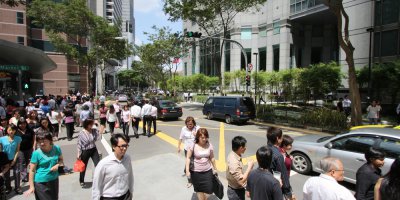 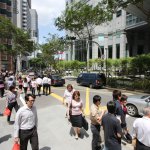 REED SMITH COUNSEL TALKS ABOUT THE FINTECH ECOSYSTEM IN SINGAPORE

For example, collaborations and partnerships can be formed with the traditional banking community to provide customers with better service and experiences.

The road ahead would not be a smooth one as big retail banks up their game, and as the fintech market in Asia gets increasingly saturated. To succeed, companies must constantly be on their toes and ensure they take the necessary measures to stay relevant.