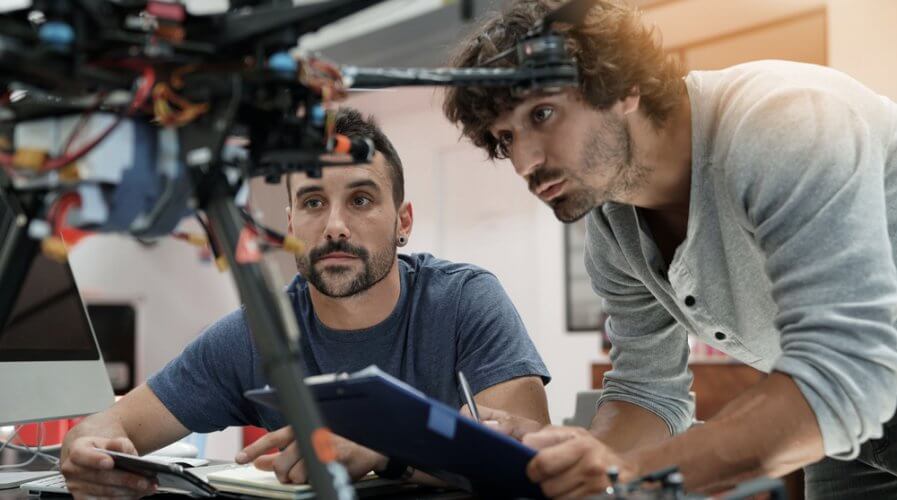 Commercial drones are taking off in 2020. Source: Shutterstock

IDC predicts enterprises will spend $128.7b on robotics and drones in 2020

INVESTING in robotics and drones provide enterprises with a competitive edge if they can optimize the deployments efficiently.

With experience accumulated over the past 18 to 24 months, it seems as though business leaders are confident they can make the most of their robots and drones. Hence, IDC has forecasted that spending on the two will rise to US$128.7 billion this year.

That figure indicates a 17.1 percent growth over last year’s spending forecast. Further, by 2023, the analyst firm believes that the spending will reach US$241.4 billion, signaling a compound annual growth rate (CAGR) of 19.8 percent.

Between 2019 and 2023, robotics is estimated to capture a larger chunk of the spending, reeling in up to US$112.4 billion this year alone.

Spending on drones will total US$16.3 billion this year and is forecasted to grow at 33.3 percent CAGR — faster than robotics systems that will grow at 17.8 percent CAGR.

According to IDC, hardware purchases will dominate the robotics market with 60 percent of all spending going toward robotic systems, after-market robotics hardware, and system hardware. Purchases of industrial robots and service robots will total more than US$30 billion in 2020.

Services spending is expected to be spread across several segments, including systems integration, application management, and hardware deployment and support.

IDC’s analysts believe that spending on drones will also be dominated by hardware purchases, with more than 90 percent of the category total going toward consumer drones, after-market sensors, and service drones in 2020.

Industry spending on drones will be led by utilities (US$1.9 billion), construction (US$1.4 billion), and the discrete manufacturing and resource industries (US$1.2 billion each).

However, the analyst firm expects the resource industry to move ahead of both construction and discrete manufacturing to become the second-largest industry for drone spending in 2021.

IDC believes that governments and educational institutions will also take an interest in drones, rapidly ramping up spending efforts.

IDC’s forecasts are grounded in facts. However, some experts believe that enterprises will grow more interested in drones later this year as the Federal Aviation Authority in the US, and other bodies across the world, issue clear guidelines for operations, liabilities, responsibilities, and safety.

If the use of drones for last-mile delivery of goods sold on e-commerce platforms becomes a possibility, demand for commercial drones will naturally skyrocket. 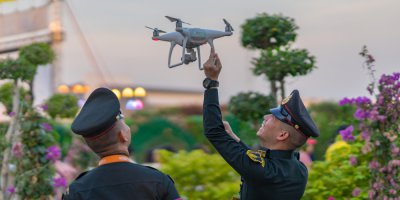 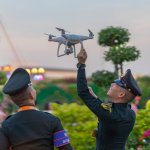 Similarly, if farmers are educated about using drones to spray pesticides or use the technology for intelligent irrigation, demand is likely to go up significantly.

Overall, in 2020, more drones and robotics systems are going to be deployed. Businesses that have been sitting on the fence for the last few months will need to make a choice between investing to become efficient or slowly losing out to smarter, faster, and more efficient competitors.