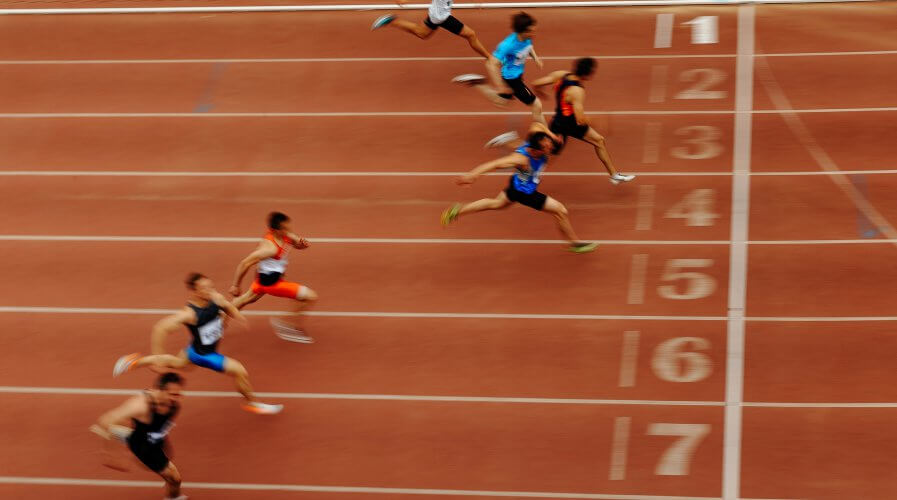 Just like sprints, the race to succeed in digitization is a tight one. Source: Shutterstock.

Fortune favors the brave when it comes to digitization

If there is anything one can be sure of in today’s business world, it is that digitization is the new normal, and it is here to stay.

To varying extents, most companies today are turning to technology-based innovation in efforts to keep with or disrupt the status quo. Most will already have a sizeable amount of money and effort pumped into digitization initiatives.

According to a survey of 8,300 business and IT executives, however, ROI is low. For some, tangible value of any sort in digital isn’t even in sight. Only 10 percent of executives surveyed had expressed confidence that their digital efforts are paying off and that they are seeing tangible results.

Among these executives, the common denominator is their proactive mindset. They do not ‘wait-and-see’ when it comes to adopting new technologies.

Laggards – those that are not maxing out the benefits of adopting a particular tech – often play it on the safe side. They often test the waters, but don’t fully immerse themselves. They will experiment with cutting edge technology, but do not have plans to follow through with the innovations of the new technology and weave them into their core processes.

Another group of laggards might be all-in with tech, but will only integrate industry-specific and customized tech in their core business operations. While the latter might be better off than the former, they are still trailing far behind the leaders.

By limiting themselves to just a few industry-specific, customized technologies, these companies are putting a cap on what may be possible, resulting in them not being able to harness the full potential of the technology they invested in.

In contrast, leaders do not compartmentalize, but are constantly looking at how a particular technology can be implemented organization-wide. This means non-complacency, and being quick on their feet, always ready to transform.

Once an opportunity presents itself, they will pounce on it. This is undeniably risky, but more often than not the risk is worth taking-those who invest in the right tech at the right time would be the winners in highly competitive markets.

Take Software-as-a-Service (SaaS) through the cloud as an example. Five years ago, 20 percent of leaders adopted SaaS, compared to a mere 8 percent of laggards. Today, 90 percent of these leaders are confident of their SaaS expertise, and are using it to propel their business forward.

History has proven over and over again that the right mindset is the starting point of any successful journey. 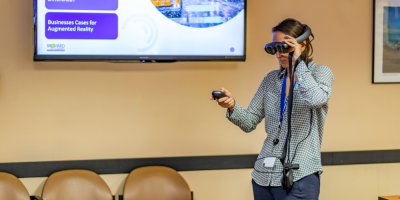 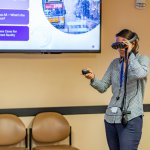 RETURNS FROM DX ARE PROVING A STRUGGLE — HOW DO YOU MAKE IT WORK?

Technology can do wondrous things for enterprises, and all that is required from leaders wishing to leverage this a right frame of mind, a bit of courage, and a whole lot of resilience. Digitization will be challenging, no doubt, but it will be worth it.