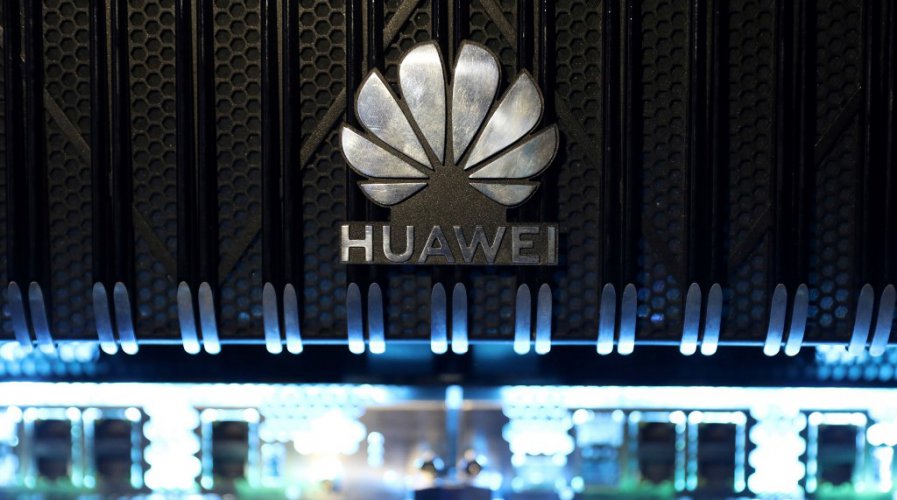 A logo is pictured on a Huawei NetEngine 8000 Intelligent Metro Router during a 5G event in London, 2020. Source: AFP

5G patent wars – Asia surges ahead of Europe & US

2020 represents the year a lot of the infrastructure necessary for 5G network support will be laid down, starting with major cities around the world.

Getting the right foundations laid properly will be critical for the fifth-gen mobile network to hit the ground running, as reports and expectations for 5G network capabilities have been making the rounds almost since the establishment of 4G LTE tech just about a decade ago.

With worldwide expansion and adoption of 5G set to take off in the coming years, financial analysis site Finbold has compiled data estimating the projected growth of 5G connections globally over the next five years.

The data also looks at the number of 5G-related patents that have been filed by invested parties from around the world, and it is interesting to note that telecommunications firms from Asia make up for 65 percent of the total number of patents filed.

Not only do Asian companies represent about two thirds of the total pie, but all those patents have been filed in just two countries: China (with 5,708 total tally as of end February 2020) and South Korea (5,095 in total).

Chinese and Korean companies alternate in terms of total patent volume. Mobility giant Huawei is the undisputed leader in terms of patenting 5G technology, with presently 3,147 patents filed, but they are followed closely by South Korea’s Samsung with 2,795.

Another Chinese company ZTE has the third-most with 2,561 filed while LG from South Korea has so far patented 2,300 designs.

Outside of Asia, some traditional telecommunications heavyweights make their presence felt, with Finland’s Nokia responsible for filing 2,149 patents and Sweden’s Ericsson coming in with 1,494 total filings so far.

The North American microprocessor chipmaker Qualcomm and Intel round out the list of top innovators developing 5G tech with 1,293 and 870 patent filings, respectively.

The number of patents filed is telling, because it indicates a seismic shift in the origin of major breakthroughs for mobile-first networking capabilities. According to patent declaration data released by ETSI back in 2013, the biggest number of 4G LTE filed patents were by American companies with 6,837 filed in total.

Of that total, Qualcomm was responsible for declaring the biggest number of patents from an individual enterprise, with 655 declared at the time. Samsung had 652 total and emerging player Huawei had 603 total patents at the time, while Nokia Corporation, InterDigital, and Ericksson were all ahead of ZTE and LG.

The substantial hike in 5G patents filed out of Asia shows the innovation potential pouring out of the East, while mobility pioneers like Qualcomm and Ericsson – while still developing solutions – appear to have lost the early edge they had in telecoms.

And it is a revolution, because just like 4G LTE constituted a major game changer over 3G – 4G speeds meant mobile users could stream high quality video without interruption for the first time ever — 5G promises connectivity that will be far superior.