APAC needs to scale security infrastructure to meet the needs of IoT, 5G and cloud

An increasing number of service providers in the Asia Pacific (APAC) region are building out the distributed cloud architectures that can support the massive capacity and performance needs that will be coming with the roll outs of advanced 5G networks in the coming years, a new report from Ovum finds.

These evolving networks will be able to support a much higher number of interconnected smart devices over the next few years (collectively referred to as the “Internet of Things”, or IoT) compared to the existing infrastructure.  The market for supporting IoT in APAC alone is projected to hit US$ 96 billion by 2023.

While scaling up their networks with these increased implementations will no doubt enhance their abilities to operate more efficiently and respond more agilely to a larger variety of loads, these technologies combined will also create a much larger ‘attack surface’– meaning a larger volume of potentially vulnerable points that could be attacked, not to mention a wider range of possible threats than before.

Ovum’s research revealed that protecting cloud-based structures — which are not centrally stored but rather distribute computing, storage, and network resources offsite — will present their own set of security challenges in the near-term, but will ultimately yield significant benefits. Not least of which will be much lower costs and higher revenue gains in the long run.

In fact, with distributed cloud services properly deployed, service providers can even gain an early foothold to offer IoT-ready services and support third-party applications in related markets even before 5G networks are rolled out.

The reverse is not the case: 5G requires cloud infrastructures to be in place in order to harness its full promise, which includes minimally delayed low latency networks.

However, distributed clouds and IoT implementations also dramatically increase the potential for cyberattacks from malicious parties.

Cybersecurity needs will grow in complexity as well — different IoT implementations and different usage of 5G will require varied security policies and selections of security protocols.

This complexity is compounded by existing security solutions not being up to the task of newly emerging threats, causing service providers to respond with even newer iterative solutions. The research seems to indicate that cybersecurity managers need to evaluate security solutions holistically, and ahead of implementation, to attempt to avoid any possible bottlenecks in future iterations.

To fully embrace an ecosystem bringing together distributed cloud, IoT, and 5G technology, security upgrade investments need to be made to the physical infrastructure as well, ensuring it is properly shielded as it scales up in tandem with the virtual infrastructure.

5G networks will greatly increase network bandwidth, generating vastly more traffic volume that could be harmful and could possibly compromise devices connected to it. These attacks, such as volumetric “distributed denial of service” (or DDoS) attacks, will only grow in frequency and sophistication, and thus the study recommends keeping intrusion detection systems up-to-date by making use of artificial intelligence (AI) and machine learning capabilities that can learn from prior attacks, and detect future attempts.

Along with performance safeguards, security operators are suggested to scale up both physical and virtual network functions with a unified security management system that will not only manage both functionality dashboards, but will also provide holistic system wide monitoring. 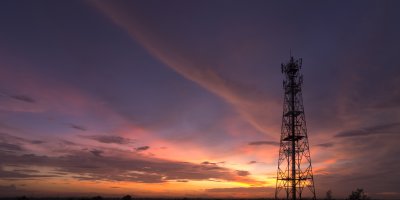 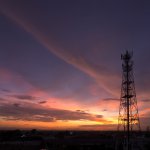 5G DID NOT CAUSE COVID-19 – THREE 5G MYTHS DEBUNKED

The study’s findings revealed that service providers need to manage the risks that come along with the introduction of new advanced technologies like distributed cloud, 5G, and IoT. And that existing infrastructure needs significant security upgrades to be able to cope by the time these systems are rolled out.