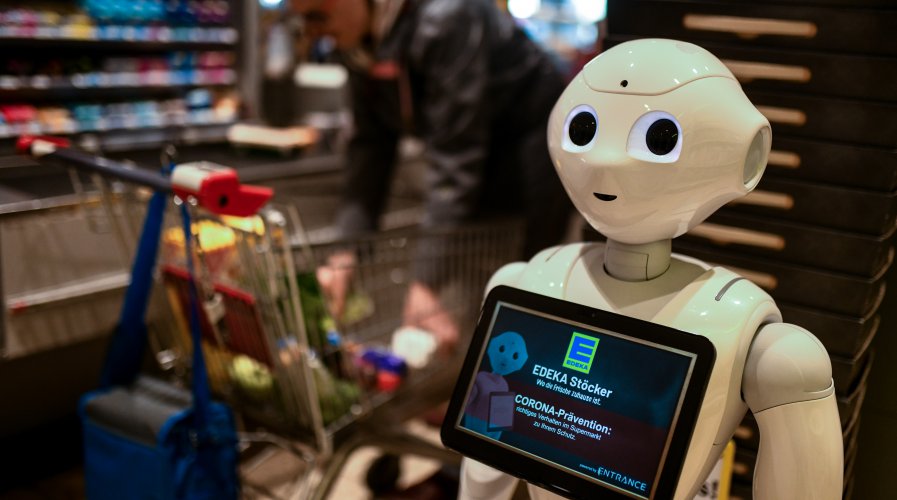 A humanoid robot at the cash desk of a supermarket. Source: Ina FASSBENDER / AFP

How COVID-19 could accelerate the use of robots in retail

While it might seem like every shopper is flocking online, traditional bricks-and-mortar retailers are also under significant pressure right now.

The coronavirus pandemic has led to increased demand for essential items and periods of more intense shopper foot traffic at specific times due to changing opening hours. At the same time, ruptured supply chains add further uncertainty to the flow of stock.

All this is compounded by another problem: staff shortages. Workers may become ill, or require leaves of absence to tend to family or other sorts of emergencies.

The result of this shortfall at such a critical period could provide the forward momentum needed to spur the use of robotics in retail.

A number of global retail giants had already initiated grassroots robot testing programs before the global pandemic broke out, supporting robotics funding for a number of developers such as Brain Corp, which spearheaded the development of an operating system for autonomous floor-scrubbing robots.

“Average utilization of BrainOS-powered robots increased 13 percent since January 2020 in retail locations,” according to Brain Corp vice president of product Phil Duffy, in an email exchange with Modern Retail.

“Deployments have continued at some essential businesses and paused at others as they adapt to the change in their operating conditions and the significant increase in demand.”

The growth trajectory for robots in retail has been anticipated for years, and it appears for several robotics firms that the global outbreak might be the push that allows many of their automated systems to be tested in practical store settings for the first time.

Systems such as BrainOS, for example, might even be in demand once the crisis has subsided, to scrub newly-disinfected floors and provide shoppers with the peace of mind that hygiene concerns are being addressed.

A lot of the robot testing in retail and fulfillment centers in the US have displayed a speedier shopping experience, when robots are the ones preparing orders, performing inventory checks, bagging, and delivering the groceries and other essentials.

Walmart, the country’s largest retailer, is even testing self-driving machines at over a thousand of its American outlets. The robots will deliver groceries to customers who can’t make it to shop in person during this time.

It’s highly unlikely that retailers will halt their automation ambitions just because the coronavirus situation starts to improve. 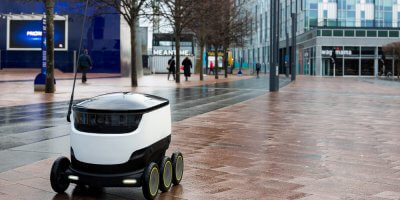 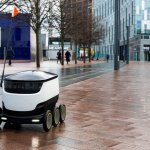 ROBOTS TO DELIVER THE LAST-MILE FOR BETTER RETAIL CX

However, the transition towards a robotic workforce from a human workforce will take years, as the initial upfront investments is likely to be substantial.

Despite this, in the long run there is a real possibility that robots might be cheaper than humans in the retail sector, and that recent world events might have highlighted their practical usage much sooner than expected.