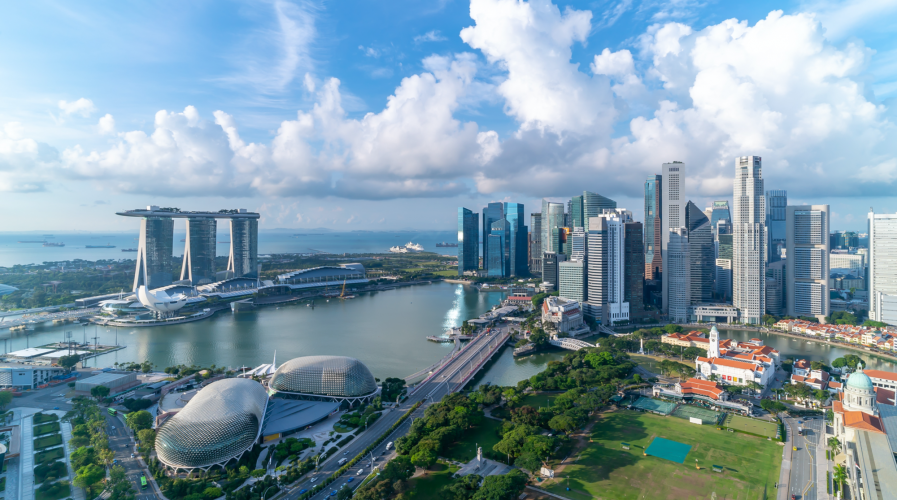 Singapore fends off the most cyberthreats in APAC. Source: Shutterstock

Singapore tops APAC when it comes to cybersecurity readiness

Singapore has one of the most developed digital economies in the Asia Pacific (APAC) region, and as such its organizations and communities have long been under threat of cyberattacks.

The levels of virtual ammunition the country’s businesses are exposed to has caused the Singaporean government to establish much-needed data protection legislation, a key factor in helping Singapore rank number one in a recent survey titled the Deloitte Cyber Smart Index 2020.

The report is commissioned by top enterprise software maker VMware and spotlights the levels of both ‘cyber risk exposure’ and ‘cyber preparedness’ of countries in APAC.

Singapore tops the list on both exposure levels as well as preparation, with the adequate amount of awareness to set up a data security review committee that is charged with studying and enhancing data security measures within the island nation.

Singapore also boasts the highest rate of information communication technology (ICT) penetration in the region, with a sound awareness of cybersecurity-linked issues present within the country’s legal and organizational frameworks.

Malaysia sports a low level of exposure to cyberattacks like several of its neighbors, but there is robust regulatory cooperation between organizations, the government, and regulatory bodies as well as a comprehensive privacy regime – all despite poorer organizational capabilities relative to its peers.

At the other end of the spectrum, the survey found Indonesia to have the least amount of reported cyber risks, and is also the least prepared to cope with cyber intrusions. By comparison Australia is much more exposed to cyber risks, but is also more prepared (ranking third in APAC) to face the challenges with significant levels of cyber education and R&D investment.

This is in stark contrast with the likes of Indonesia and of Vietnam, who despite only ranking 11th in terms of cyber exposure, also experiences the highest frequency of cyberattacks in the territory. The report singles out the lack of comprehensive Vietnamese laws to address data security and privacy breaches as signs on unpreparedness to deal with cybercrime.

Thailand also has a high rate of cyberattacks, second only to Vietnam in Asia Pacific. Thailand is currently experiencing booming adoption of online devices and renewed interest in cryptocurrencies, which stand to increase Thailand’s risk exposure in the short term.

The survey tracks findings based on evaluations from Deloitte’s cyber analysts, who weighed different factors to gauge cyber risk exposure and cyber preparedness in regional countries.

To measure exposure, factors included size of attack surface, frequency of attacks, and estimated value that is being risked. Preparedness was indexed by examining growing cyber threats to businesses and more through a legal and policymaking lens.

The island nation is introducing a national cybersecurity plan, plus providing a US$30 million grant to incentivize local enterprises to prioritize upgrading their security countermeasures.