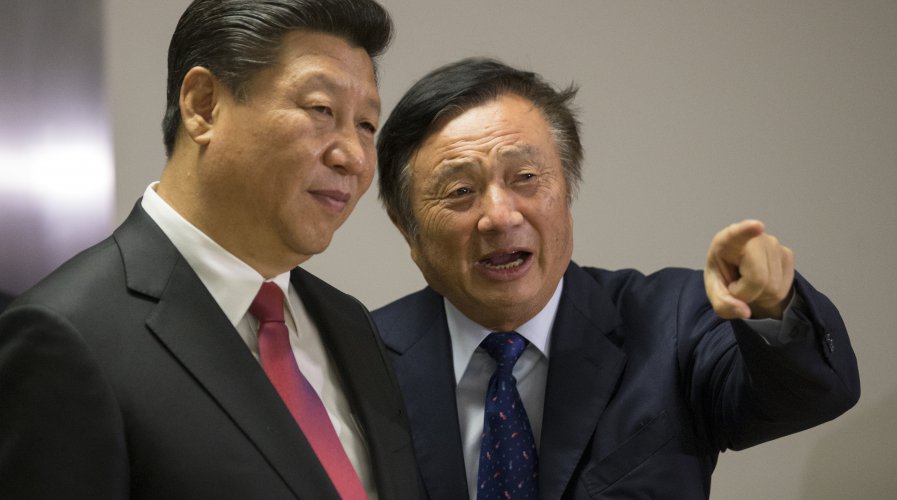 Chinese President Xi Jinping (L) is shown around the offices of Huawei by its President Ren Zhengfei. Source: AFP

There should only be one 5G standard – Huawei founder

Huawei and the US government haven’t been on good terms for a while now.

It all started in 2014 when the US banned Huawei from bidding on the country’s government contracts following allegations that the tech giant could end up being a spy for the Chinese government.

Under Trump’s administration, the situation worsened when Huawei was included in the Entity List; meaning Huawei can no longer purchase any parts or components from US companies without federal approval.

FBI Director Christopher Wray, during a hearing in early 2018 said he believes that the products and technologies of Huawei and its affiliates could “maliciously modify or steal information, and it provides the capacity to conduct undetected espionage.”

Huawei has denied the allegations on multiple occasions and is continuing its business relationships with other countries, continuing to lead in the race for 5G dominance.

As the world’s biggest supplier of 5G networking technology, Huawei is confident that its products will be the sole enabler of fast 5G deployment.

Regardless, the US remains adamant about not dealing with the Chinese tech conglomerate even if it means that it will be behind its global counterparts when it comes to hosting 5G capabilities.

As a result, the country has been pressuring Apple to produce 5G network equipment of its own, signaling a possibility that there would be two different 5G standards.

This prompts the question: Will the world then be required to comply with two different 5G standards?

Huawei’s founder Ren Zhengfei denied the possibility of this during a recent interview with South China Morning Post.

“The US is a technology powerhouse and is fully capable of [producing its own 5G network equipment].

“But there should only be one standard.”

5G will be an instrumental component in powering businesses around the world in being more data-driven, digitally-transformative, and future-forward.

It will obviously play an important role in helping businesses grow in the future as it enables enterprises to deploy advanced digital capabilities at scale – so, the possibility of having two different networking standards could possibly strain future progress.

He continued by expressing his confidence in the capabilities of the US in creating products that can rival Huawei’s and be the world’s tech leader, but there should only be one global standard.

“We all need to interconnect with each other, and products that fail to enable this will be of no value.”

Apart from pressuring companies like Apple to produce 5G technologies alternatives, the US has also encouraged its western neighbors to cease business relationships with Huawei, but that’s pretty impossible. 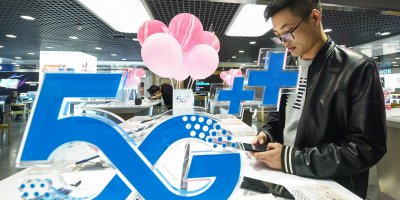 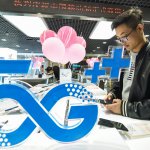 IS THE GAME BACK ON? CHINA DOUBLES DOWN ON 5G FUTURE

Zhengfei also revealed that its European partners have worked with Huawei for over a decade and they can verify how keen the tech company is when it comes to cybersecurity. Huawei reiterates that its equipment is safe and it’s proving so by complying with Europe’s GDPR policies.