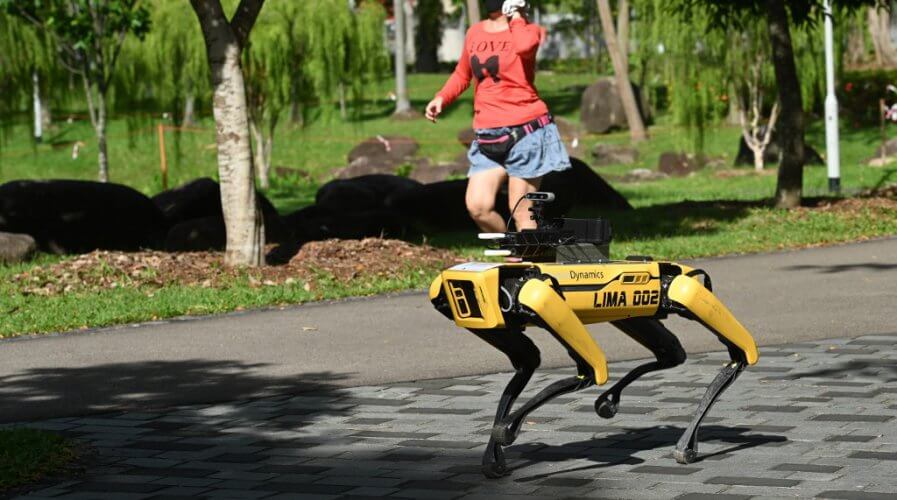 Across the world, as we begin to move out of nation-wide lockdowns, one of the biggest problems we face could be ensuring that core messages – ‘wash your hands’, ‘keep your distance’ – remain front-and-center of people’s attention.

If those standards begin to slip, we could see the outbreak take hold once again, and that would move us swiftly back to square one.

But perhaps if a reminder of at least some of those instructions were given to you by a robotic dog, you wouldn’t quickly forget them. That seems to be the thinking behind Singapore’s newest addition ‘Spot’.

Spot is the work of infamous US robotics firm Boston Dynamics, the maker of downright terrifyingly-advanced canine-like robots which were originally developed for the military, but now seem to be playing a more ‘friendly’ role in society.

As part of a two-week trial, Spot will be trotting around a park in Singapore as the city-state phases out of its circuit-breaker, encouraging park-goers and joggers to “keep Singapore healthy” and to “please stand at least one meter apart,” according to a report by The Detroit News.

The trial is part of an experiment seeking to observe how machines and AI could help ensure human contact continues to be reduced in public, with citizens no longer largely confined to their homes.

Semi-autonomous, able to walk up to 3mph over uneven terrain, detect obstacles with 360-degree vision and right itself after it falls, Spot is rather overqualified.

In fact, this robotic dog’s deployment is really, well, a walk in the park compared to what it’s used to. Earlier applications of this technology have been in hazardous environments, such as inspecting construction sites and utility installations, and other environments which could prove dangerous for humans.

Police in Massachusetts, US have even tested these robots for bomb disposal or for entering buildings in siege scenarios.

This all sounds like a novel and perhaps not entirely necessary application of some pretty nifty and expensive technology. But what it does highlight is how the emerging technology and innovation we have available today can all be considered as a possible contributor to our recovery from a health crisis, and resilience for the future.

In China’s Hangzhou park, for instance, security officers have been trialling AR smart glasses powered by AI capabilities designed to recognise those with potential symptoms of COVID-19 by measuring and recording body temperatures of visitors.

Weighing only about 100 grams with the attached camera and cable, the glasses are said to be able to screen the temperatures of hundreds of people within a 1-meter range at a time.

Spot, meanwhile, isn’t the only time we’ve enlisted robotics in the fight against COVID-19. In Thailand, robots are being used to connect doctors to patients for consultations to minimize infection risks. The robots – which look like mini ninjas – were originally programmed to monitor stroke patients.

UVD Robots – a manufacturer of autonomous machines that can kill microbes and other organisms using ultraviolet light – claimed sales of units had “rocketed” owed to the demands of the pandemic in various facilities. 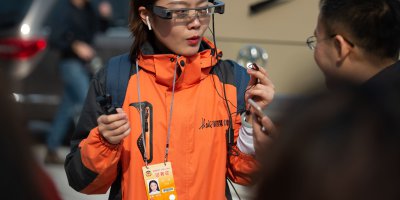 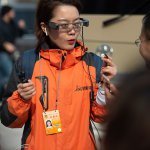 Spot, then, really isn’t anything special in the grand scheme of things. It is just one example of now thousands of applications where robots can play a part in helping society, outside of their increasingly more established settings in manufacturing and other heavy industries.

He’s special to us though. Good robot.