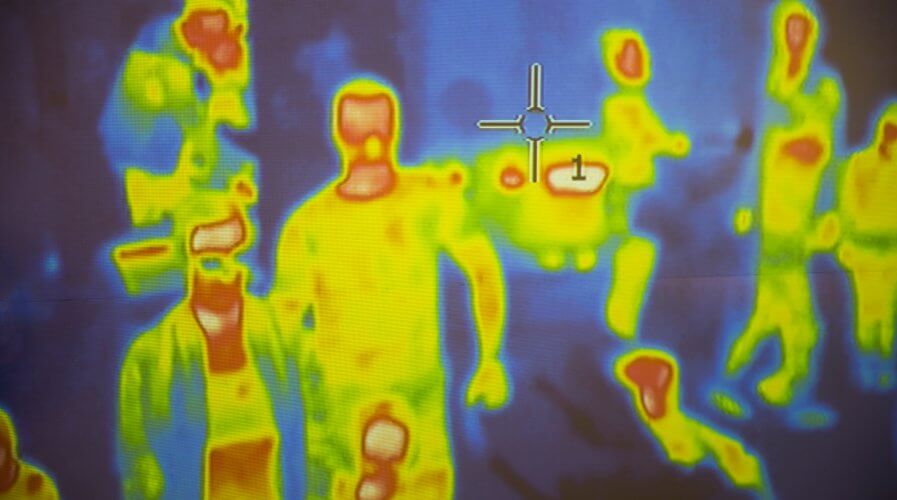 Can smart IoT from China get the aviation industry taxiing again?

The aviation industry is a truly global enterprise, and as a provider of the only rapid worldwide transportation network, the industry helps generate worldwide economic growth, create jobs, and helps facilitate international trade and tourism.

According to estimates by the cross-industry Air Transport Action Group (ATAG), the total economic impact of the global aviation industry reached US$2.7 trillion in 2018, around 3.5 percent of world’s gross domestic product (GDP) recorded in 2014. The air transport industry supports 62 million jobs globally.

Aside from facilitating international tourism and business travel, air transport is an enabler of global trade and e-commerce, with over US$6.4 trillion worth of goods carried internationally by air. That amount is equivalent to 35 percent of the value of all global trade in 2014, while some 87 percent of B2C e-commerce parcels are transported by air nowadays.

But the restrictions on air travel brought about by the coronavirus pandemic in 2020 are ravaging this critical sector, with airlines in the Asia Pacific (APAC) region among the hardest hit.

Recent data from the International Air Transport Association (IATA) showed that global airline passenger revenues will decline by 55 percent compared to last year, a decrease that will total US$314 billion. The biggest drop will affect APAC-based airlines, with the IATA estimating a revenue decline of US$113 billion compared to 2019.

With such a severe crisis facing the aviation business as a whole, several companies are developing innovative smart technologies driven by the internet of things (IoT) connectivity that can be used at airports to detect which passengers and workers are potentially positive for COVID-19. These efforts are seeing the light of day as air travel services prepare for airports reopening gradually around the world, as many countries began easing travel restrictions.

KC Wearable is a smart wearables manufacturer based in Shenzhen, China that has announced partnerships with authorities across Europe to provide the KC Wearable Smart Helmet: a fast-scanning, infrared camera is connected to an AR headset, allowing people’s temperature to be measured in real-time.

Individuals detected with a fever using the thermal imaging helmet will be made to undergo a further medical exam before being allowed to board any flight. In Italy, where the coronavirus outbreak reached critical levels, Rome’s Leonardo da Vinci airport has acquired three thermal-imaging helmets to scan passengers from mobile positions, alongside the fixed thermal scanners the airport is already using.

Another type of contactless, IoT detector is being developed by California-based Koniku, which is adapting equipment designed to sniff out chemicals, to detect pathogens in breath or sweat that are chemical markers indicating the presence of the COVID-19 virus.

Koniku is working with aircraft maker Airbus to identify markers specific to the novel coronavirus and an IoT sensor equipped with genetically engineered odorant receptors that can detect them. “Those receptors screen molecules in the air and produce a signal when they come into contact with the molecular compounds of the hazard or threat that they have been programmed to detect,” Osh Agabi, founder and CEO of Koniku, wrote in a blog post.

Thermal, IoT-connected sensors can help accelerate contactless detections and scans of elevated skin temperature (EST) readings, and many large organizations are looking towards such devices as an effective means to perform safety checks, as quarantine-type measures are lifted. 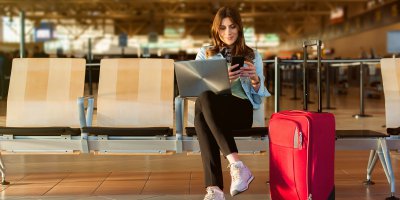 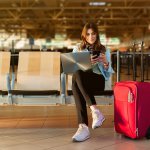 General Motors, for example, has said it will start using the fever-scanning thermal camera from Flir Systems Inc to check EST levels as part of new safety procedures employees returning to work at GM factories. Flir CEO James J. Cannon said on the company’s latest corporate earnings call that Flir has seen about US$100 million in bookings for coronavirus-related cameras and sensors recently.