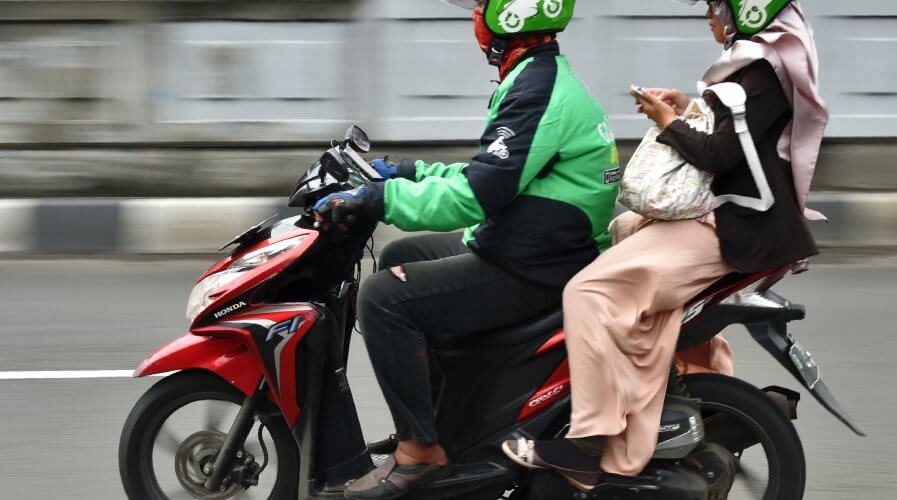 GoJek continues to expand beyond its ride-hailing beginnings. Source: AFP

Facebook and PayPal are hitching their wagons in the emerging Asian ‘super app’ battle to fast-growth Indonesian startup GoJek, investing in its latest funding round which closed at US1.2 billion recently.

GoJek debuted as an app for hailing motorbike taxi-rides back in 2015, and is now Indonesia’s largest startup, having since branched into a variety of other services like meal deliveries and payments, and the latest funding round is aimed at growing the digital payments business.

GoJek joins a growing chorus of Asian super apps like regional competitor Grab, and the original all-in-one mobile application WeChat, owned by China’s Tencent Holdings. Tencent has also invested in GoJek along with Google, indicating the stature that GoJek is regarded in, in terms of market potential – both in its native Indonesia and increasingly throughout the Southeast Asian region.

Fueled by the increased penetration of mobile internet, Indonesia represents a vast economic opportunity for digital services, as it is the largest country in Southeast Asia and contains 48 percent of the region’s nearly 600 million population.

Much like how WeChat started out as a messaging platform before quickly scaling up to provide a raft of other services including social networking, games, ride-hailing, food delivery, and digital payments, GoJek and Grab both launched as ride-hailing applications initially. But it wasn’t long before both apps saw the potential in providing other services within one system, and leveraging on a shared base of users across its platform to bring growth to the newer offerings.

For instance, GoJek users – initially attracted by the service’s transportation promotional offers – were soon using the GoPay e-wallet to pay for those rides, or to pay for meals ordered from GoFood, or were delivering items using GoSend. GoMassage allows for booking a masseuse online, GoClean arranges for housekeeping services, GoPulsa enables remote mobile phone reloads…

GoJek intends to use the fresh capital to continue expanding its platform of interconnected, on-demand services. A survey of Indonesian small-medium enterprises (SMEs) discovered that 76% of SMEs either already accept digital payments, or are very likely to begin accepting within the next three years.

The company has already drawn hundreds of thousands of merchants to its all-purpose platform, allowing access to over 170 million app users throughout SoutheastAsia. As it continues to scale up new services and grow its user base, competitors are finding it hard to keep up.

Chief technology officer, Ajey Gore, said that the Gojek platform is handling approximately 2.5 million user requests at any one time, feeding off its growing range of services which now numbers more than 20. “Once you have this [scale], you can do anything,” Gore told a conference in Hong Kong recently.

GoJek, much like its rivals, aims to become its customers’ default app, offering a score of services under one virtual roof.

In a statement, GoJek co-chief executive officer Andre Soelistyo said, “We see our role as a convener of global tech expertise, facilitating collaboration that will ultimately lead to a better future for everyone in our region.” 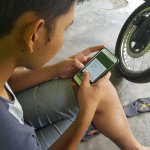 The investment in GoJek marks Facebook’s first funding in an Indonesian company, and is the second Asian investment that the social media powerhouse has made in less than two months. Last month Facebook forked out US$5.7 billion to acquire a chunk of Indian e-retailer, JioMart, as it looks to build an e-commerce business around its popular WhatsApp messaging platform.