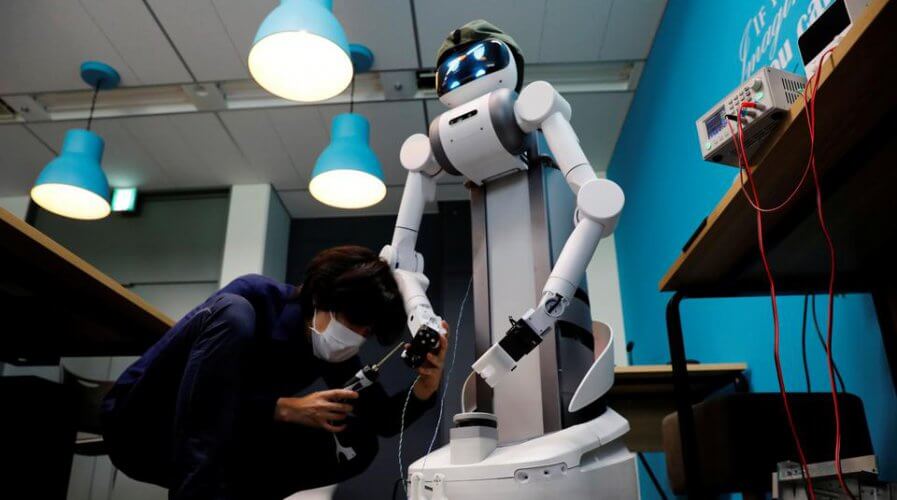 Staff of Mira Robotics changes a part of an Ugo avatar robot at the company’s laboratory in Kawasaki. Source: Reuters

Mira Robotics, a Japanese robotics manufacturer and service provider, has revealed via its CEO that its robot, Ugo, is being offered as an implement to combat coronavirus infection.

Mira Robotics’ CEO, Ken Matsui, announced this month that the company is offering Ugo for use in offices and other spaces that are prone to airborne transmission like how COVID-19 is transmitted. “The coronavirus has created a need for robots because they can reduce direct contact between people,” Ken Matsui told Reuters at a company workshop being held in Kawasaki, not far from Tokyo. “We’ve had inquiries from overseas, including from Singapore and France.”

Ugo was originally developed with the intention of reinforcing Japan’s aging population, which is contributing towards the country’s declining workforce that is shrinking by more than half a million workers per year. In Japan, people aged 65 or older account for 26.7% of Japanese citizens in 2015 – far, far above the global average of about 8.5%.

The dwindling working-age population, together with Japan’s reluctance to bring in foreign or outsourced labor has seen the country’s robotics industry being stimulated to an unprecedented degree. In the medical sector, developing robots for hospitals and to aid the disabled is nothing new. The bot-crazy country has also seen a wide assortment of eclectic robots for numerous purposes, including for use by SMEs and even a Buddhist robot priest.

As CEO Matsui pointed out, robots are also extremely beneficial when it comes to applications that reduce contact with human beings. Ugo is being repurposed for virus-busting as Mira Robotics has developed a hand attachment feature for the remote-controlled ‘avatar’ robot, which makes use of ultraviolet rays to kill viruses present on door handles.

Ugo comprises a pair of adjustable robot arms that are mounted over wheels, and can be operated from a remote location with a combination of a wireless connection together with a laptop and a game controller. Ugo can navigate using a range measuring laser installed on its base, and in a long tradition of robots being given anthropomorphic features, a panel mounted over the top is affixed with two light sources that are made to resemble eyes.

The company says it takes around 30 minutes to learn how to operate the robot, and each operator is able to control up to four robots at a time. Besides disinfecting door handles and other surfaces, Matsui says Ugo can be deployed to function as a security guard, for carrying out equipment inspections, and for cleaning toilets and other areas in office buildings. 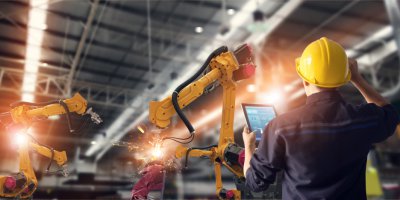 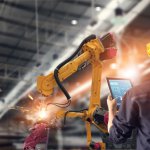 SPENDING ON INDUSTRIAL ROBOTICS TO BALLOON IN APAC SAYS IDC

Ugo will apparently cost around US$ 1000 per month to rent, and has already been deployed at one office building in Tokyo.