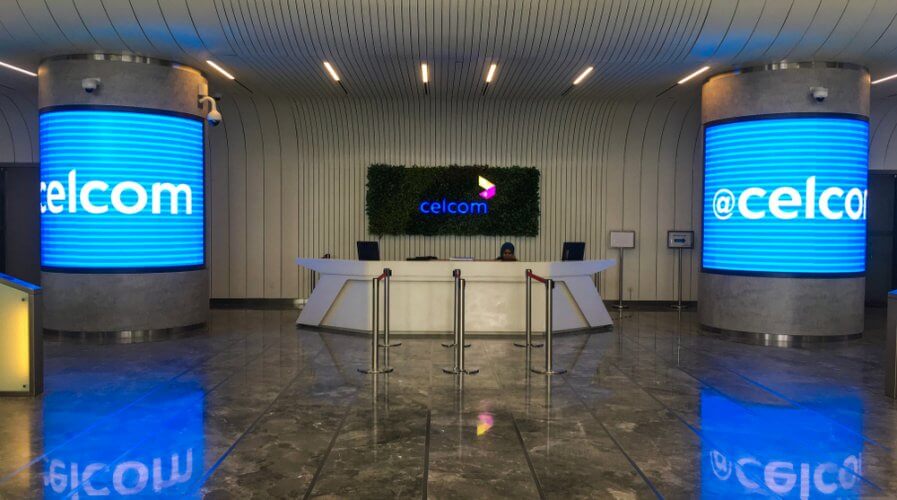 When larger organizations are scaling up, it’s pivotal that they keep pace with innovations across all their increasinlgy connected industries.

Malaysian telecommunications network Celcom is a part of the regional heavyweight Axiata Group, who have controlling mobile interests throughout Asia.  The telco is now embracing digital initiatives to transform its network and business operations, looking to speed up its time-to-market for its products and services to nearly 13 million customers, as well as to better manage its significant infrastructure costs.

Celcom’s leadership began by working closely with Microsoft to assess its existing infrastructure and operations, and decided to migrate its workloads and operations to the Azure cloud framework. But a task of this magnitude would also require the support of the right cloud services.

“We reviewed multiple cloud vendors,” said Alan David Wilson, Celcom’s Head of IT Strategy & Architecture. “What we found with Azure is the cloud computing capabilities we were after, and also a helpful team at Microsoft, who educated us on how to succeed in the cloud.”

Despite over two decades of existence, cloud computing services began to be embraced by organizations ranging from small-medium enterprises (SMEs) to multinational conglomerates over the past few years. In Southeast Asia, revenue driven by the cloud computing market is estimated to top US$40.32 billion by 2025 due to the increased demand for cloud capabilities from SMEs.

The availability of public cloud like Microsoft’s Azure is helping enterprises address the need for scalable and cost-effective cloud frameworks. In Celcom’s case, the telco utilized the Cloud Adoption Framework for Azure to design and implement the desired business and technology outcomes the company intends to prioritize.

Once the strategy was defined, Azure Migrate was used to securely catalog Celcom’s applications, virtual machines, and other IT assets, keeping in mind Celcom’s heavy reliance on traditional data centers as an IT company when making the transition.

“It was a transition not just technically, but also business-wise. The traditional telco operates on the on-premises model, with our lines and towers. The thinking was the same when it came to our IT infrastructure. So, we had to reinvent our financial model to get used to paying for what we use,” commented Wilson.

Celcom leveraged on the Azure FastTrack team and Tech Mahindra to lead the collaboration among multiple cloud vendors and organize a host of virtual machines and systems to be migrated in phases.

“We used the agile methodology to discover, analyze, migrate, and go-live with the selected workloads. With Cloud Migration Factory and the Migration Accelerators to Cloud (MAC) Toolkit, we efficiently delivered the end result with no disruption to the business and with zero rollbacks,” elaborated Konstantinos Zagalikis, Operations Director of Cloud & Infrastructure Services at Tech Mahindra.

The smooth migration has already yielded advantages in terms of ensuring a consistent level of service and resource output, as well as potentially gain sizeable cost savings from on-premises infrastructure.

According to the IT Strategist at Celcom, Calvin Yau, “This was the first step of our cloud journey. At the start, we assured the stakeholders that the investment was worthwhile. The second step was to move forward and deliver the cloudification project: making sure it works, making sure the workload runs. I’m envisioning the third step as more innovation and more speed, more simplification, and efficiency.”

Yau continued: “The first two steps have gone very well. So the challenge now is to maintain confidence, momentum, and keep reaping the benefits. We’re looking into the future and see that we can explore things like Azure IoT Hub, which allows us to connect, monitor, and manage billions of IoT assets. Machine learning is also something we’re looking at, to include anomaly detection capabilities in our applications, and use image processing algorithms to identify, caption, and modernize our media archives.”