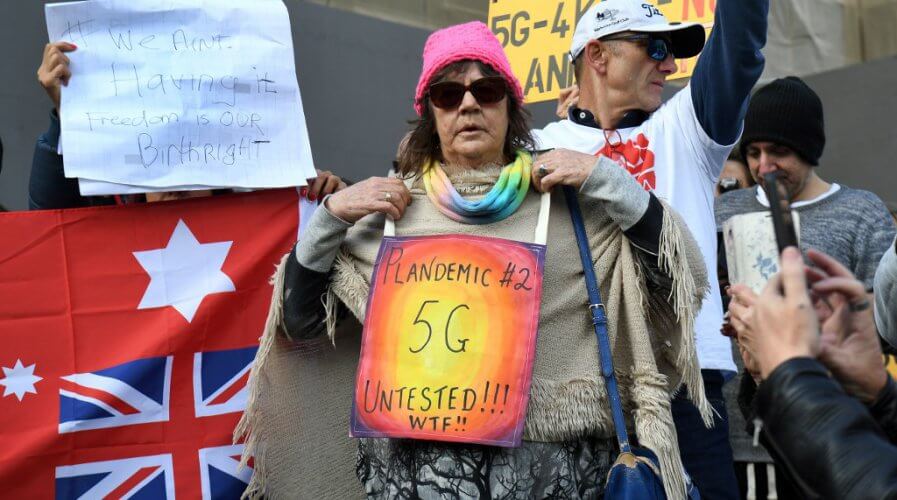 Tackling the ‘truth about 5G’ in Australia

In recent months, there have been numerous reports of attacks on 5G towers, infrastructure, and even telecoms workers across the UK and Europe, owed to bizarre conspiracy theories that the technology has something to do with the coronavirus pandemic. Elsewhere, this discord has manifested itself in protests.

Closer to home, within the last few weeks hundreds of protesters in three major Australian gathered in defiance of social distancing measures to protest their claims regarding the ‘truth about 5G’, among other concerns.

In a coordinated public display two weeks ago, anti-vaccination protesters appeared at Melbourne’s Royal Botanic Gardens declaring the COVID-19 pandemic a scam, along with signs and placards against vaccines and 5G technology. Similar protests were seen in Brisbane and Sydney.

This latest wave of disapproval follows earlier conspiracy theories regarding the link between 5G and the COVID-19 pandemic, exacerbated by rumors that since the virus was first discovered in China – which had one of the most developed 5G network infrastructures at the onset of the pandemic – there must be a causal link between the two.

The link has since been conclusively disproven, and a new report tabled in Australia’s Federal Parliament declared the technology behind 5G to be both “transformational and safe”. In its 2019 Mobile Economy Asia Pacific (APAC) report, mobile authority GSMA reported that Australia is poised to be a global leader in 5G along with APAC compatriots South Korea and Japan.

Australia’s major telecommunications service providers have been rolling out their 5G networks across the country, with its biggest telco Telstra already providing 5G coverage in 46 cities and towns. In fact, the Brisbane demonstrations took place in front of Brisbane City Hall, said to be the location with the best 5G coverage in the city:

The CEO of the Australian Mobile Telecommunications Association (AMTA) Chris Althaus told Nine.com.au that there are three common misconceptions related to 5G tech.

“People seem to think that because 5G will use higher frequency radio waves, people somehow believe that translates into higher power use, which is simply not the case,” he elaborated.

“There’s the belief that the skyline and landscape is going to be full of new mobile infrastructure, and that’s just not true. And perhaps most alarming, is the thinking that somehow 5G is related to the spread of COVID-19.”

If those are instances of what 5G is not, then what is it?

“It’s just simply another use of radio waves, it’s no different to AM and FM radio, or television, or even your garage door remote control or a baby monitor,” explained Althaus. “The main attributes of 5G that are game-changing are the incredible speed and capacity. We’re talking network latency, the time it takes for a signal to go from your device, to the network, and back to you, we’re talking a millisecond, which is basically real-time.

“It has massive capacity, both in terms of the number of connections, but also the bandwidth for things like ultra-high-definition video,” he continued. “That could be streaming, gaming, or things like viewing medical images for remote surgery.”

From a business perspective, the lightning-quick data transfer speeds will mean near-instant and reliable connections, which will allow staff to communicate in real-time on conference and video calls, and remote working will lessen much of the connectivity hassles that plague it right now.

5G will enable even more cutting-edge applications of artificial intelligence (AI), automation, and the potential to interconnect a far greater number of Internet of Things (IoT) devices, opening a vast new landscape of connection and communication possibilities.

Although5G network rollout is expected to slow across much of APAC in 2020, GSMA’s Head of Asia Pacific, Julian Gorman, told Tech Wire Asia that no long-term 5G implementation plans would likely be delayed. 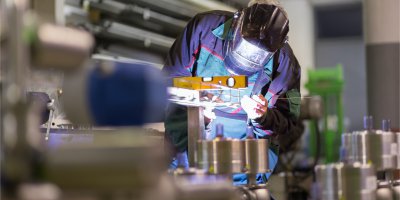 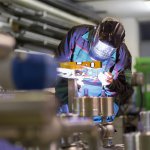 5G IN BUSINESS WILL BOOM – BUT WILL TELCOS MISS THE BOAT?

This can be seen in that countries around APAC and the world continue to auction off 5G spectrum bands, illustrating the continued healthy interest in 5G’s strong potential to aid digital transformation agendas around the world.