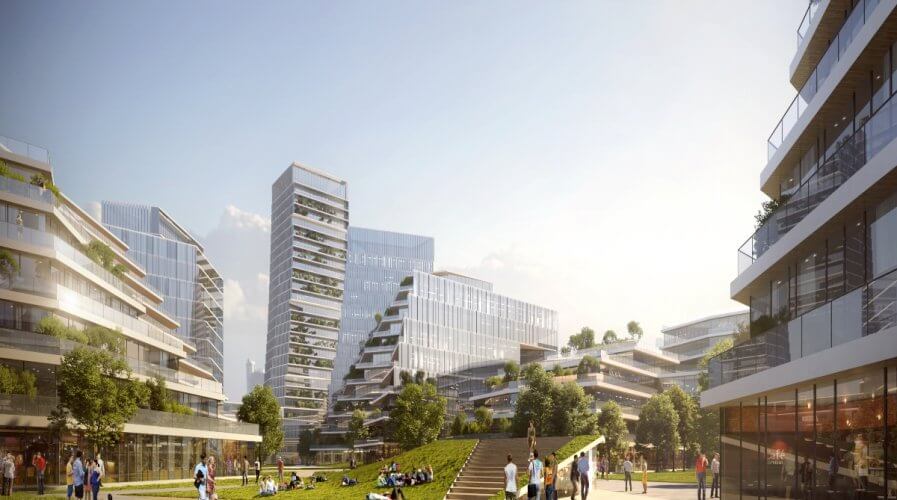 Tencent is the latest technology company to begin the development of an interconnected smart city project, building a new campus in the Dachanwan port district of Shenzhen, China.

The futuristic development will be located in Guangdong province, the same province where telecommunications giant Huawei has built its lakeside Ox Horn Campus in Dongguan city, which replicates landmarks from 12 European cities with a 7.8km commuter rail system, connecting buildings across a 1.2 million square-meter site.

Tencent, China’s largest internet firm, is planning an even larger urban development that will span two million square-meter including a range of buildings and public amenities. The project – slated to begin construction at the end of the year – is called ‘Net City’, and is being designed by the award-winning architect firm NBBJ with the aim to “re-envision the urban environment.”

According to NBBJ, Net City will be roughly the shape and size of midtown Manhattan, featuring a new Tencent building in its center, with living quarters, retail spaces and other amenities to provide working and living conveniences for employees.

NBBJ was selected with the directive to integrate eco-friendly features into Net City’s design, mirroring the focus on sustainable features that the campuses of Silicon Valley tech behemoths like Apple’s futuristic green campus and Google’s Mountain View headquarters, which houses organic gardens and employees using bicycles to travel around the site. 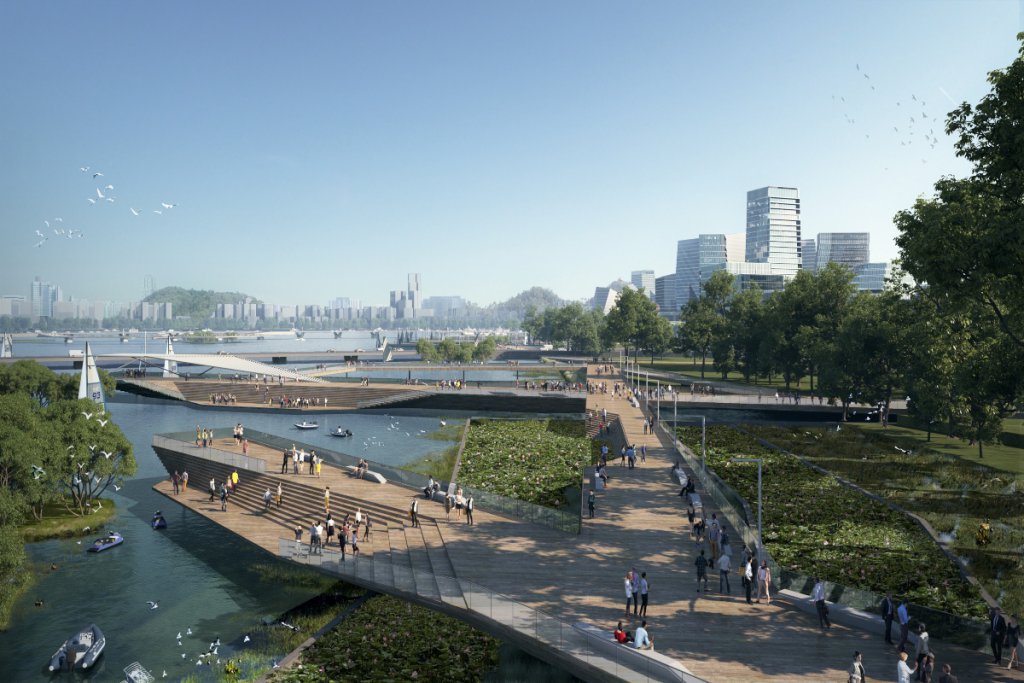 “The master plan for Net City is human-centric, where the buildings, blocks, and open spaces are made for humans without the distraction of motor vehicles and the noise, pollution, and speed that comes with them,” NBBJ said in a press release.

This people- and environment-first design approach is the largest yet for a tech company smart campus, and situated in China’s hi-tech hub Shenzen along with Huawei, Baidu, and other major Chinese digital companies that are helping to shape the country’s smart city and other digital transformation initiatives that will leverage technologies including 5G connectivity, big data, artificial intelligence (AI), automation, and cloud computing.

Analysts PwC estimates that the global smart cities market will exceed US$2.5 trillion by 2025, with smart solutions providers accounting for US$987 billion of that market while professional services in smart cities will be US$277 billion.

Unlike most other tech giant campuses, Net City’s open spaces, as well as commercial, transport, and entertainment areas will be open to the public. “It is not an ivory island out in the ocean, it’s a vibrant part of the Shenzhen network of connectivity,” Ward said. “[Net City is] still high security where it needs to be, but it’s part of the community.”

Along with sustainability, a notable aspect of Tencent’s new campus is the design callbacks to the internet. Ward says, “Net City built [will be] entirely from the ground up to reflect the distributed network of the internet itself. Inter-connected, integrated, organic and welcoming, Net City is designed to be a place where people can dream, come together as a community to connect and create new possibilities for the future.” 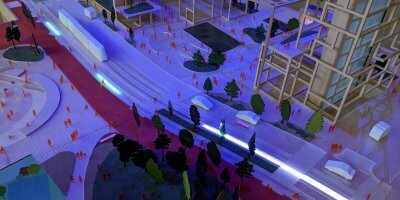 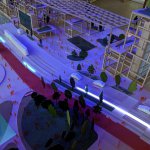 “This principle was driven by a love for the industrial age machine. In today’s computer-driven world, we are free to imagine a highly integrated city that brings ‘work, live, play’ closer together to foster more synergy between people. This fits in perfectly with the collegial, collaborative culture of Tencent,” Ward said.

As the number of smart city projects by tech companies begins to climb, concerns for data privacy remains ever present. Since the makings of smart cities rely on big data sets pumped into the bloodstreams of development plans, the multitude of sensors and activators deployed to collect data is raising alarm.

Last year, a smart city project on Toronto’s waterfront, dubbed Quayside, faced a lot of criticism. The project was criticized for not placing “citizens at the center of the design process for digital innovations,” as concluded in a report.

The 12-acre Quayside project is a partnership between the city of Toronto and Sidewalk Labs (Google’s sister company) and promises to bring next-gen facilities such as autonomous vehicles and “raincoats” for buildings to life.

However, the project’s proposals were scrutinized heavily, especially in areas of data privacy and security, and the project was eventually abandoned.