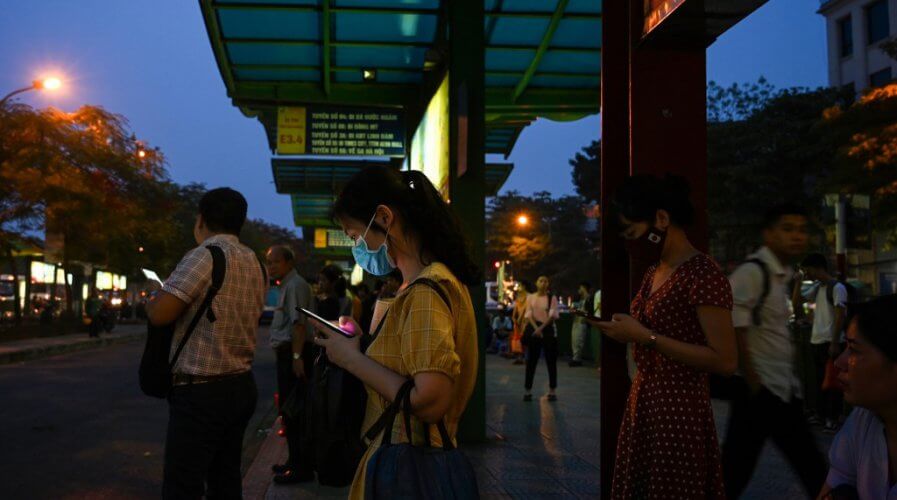 Over 70% of Vietnamese youth have a smartphone in SEA’s 2nd-fastest growing economy. Source: AFP

Vietnam is ready to supercharge its e-commerce market

The Vietnamese government has unveiled a national e-commerce development plan for Vietnam, which will see the sector growing by 25% each year to reach US$35 billion in sales within the next five years.

This new, five-year e-commerce strategy aims to have over half of Vietnam’s 96 million population shopping online by 2025. The 2019 e-Conomy SEA report commissioned by Google and Temasek lists Vietnam as the second fastest-growing economy in Southeast Asia after Indonesia, with the e-commerce market expected expand 43% between 2015 and 2025, the target year of Vietnam’s e-commerce transformation plan.

The plan will focus on accelerating the local e-commerce market to create a sustainable and competitive business environment, as well as to encourage sector growth in less-developed parts of the country. The approved plan by the government also outlines to develop the export market for Vietnamese goods, with goals including to eventually allow cross border e-commerce transactions from outside Vietnam.

There is a rising preference for online shopping among Vietnam’s increasingly tech-savvy youth population, with a seventy percent mobile penetration rate providing better access to the internet, and recent upticks of online retail and social commerce trends among young consumers in both major cities and rural parts of the country.

Local service providers like business-to-business (B2B) platform KiotViet which provides e-commerce solutions like software for inventory and sales to SMEs, and imported brands seller Buy2Sell are part of an emerging digital economy in the upstart Southeast Asian nation, and will help increase product visibility as well as brand awareness of both Vietnamese brands and e-commerce services.

The state media reports that movement restrictions during Vietnam’s coronavirus response have seen online sales increase by 20% compared to before the outbreak occurred. The convenience and efficiency of these online services will determine if they retain these new consumers, but it is in line with the government’s expectations for each online shopper to be spending an average of US$600 per year by 2025.

E-commerce is projected to account for 10% of Vietnam’s total retail sales of goods and services within the next five years, with administrative capital Hanoi and economic hub Ho Chi Minh City expected to account for up to 50% of the country’s online B2C spending in that time frame.

In addition, the government expects cashless online payments to make up half of the e-commerce transactions in Vietnam by 2025. To ensure these targets are met, the plan requires the enhancement of the existing infrastructure and support services, as well as an improved regulatory framework governing digital transactions.