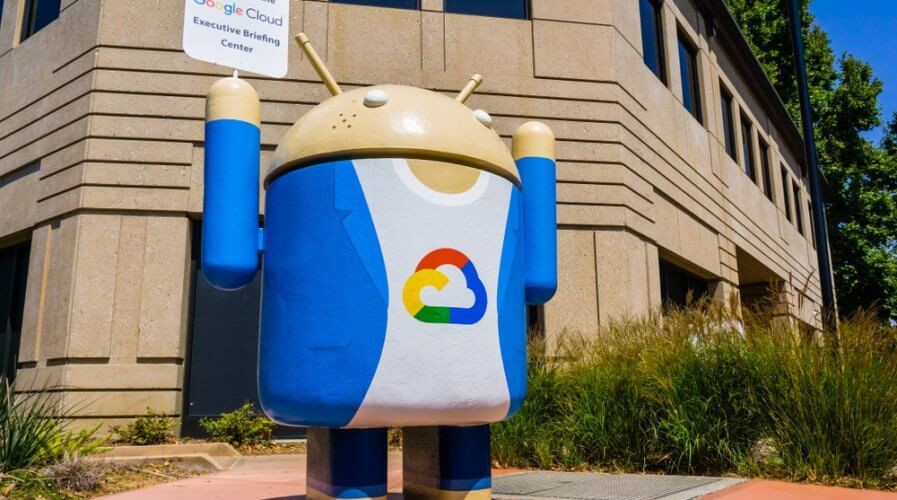 The Google Cloud logo on the Android robot statue outside a Google campus. Source: Shutterstock

Why Google Cloud just set up shop in Jakarta

Two years after its initial announcement, Google Cloud has officially launched its new region in Jakarta, Indonesia, making a host of its cloud-native solutions available to local businesses for the first time.

Known as a Google Cloud Platform (GCP), the first region in Indonesia comes with three distinct cloud zones ‘out of the box’, which will help with redundancies to prevent loss of data in service disruptions. The new GCP will also provide lower latency access for small-medium enterprises (SMEs) and multinational enterprises in Indonesia to make use of cloud-hosted applications and data, in a region where internet data is often fragmented.

“A lack of local cloud infrastructure has been a traditional barrier to cloud adoption in Indonesia, but we’re changing that with the launch of our Jakarta cloud region,” said Rick Harshman, managing director of Asia Pacific and Japan at Google Cloud.

For cloud providers, building infrastructure in foreign markets enables in-country disaster recovery, which is often a critical requirement for enterprises running cloud-hosted applications, especially in regulated markets. Google will be opening its first Indonesian data center in 2020, beating out American rivals like Amazon and Microsoft, as well as Asian cloud players like Alibaba and Tencent.

A GCP in Indonesia will help local businesses better meet regulatory and compliance requirements. “Customers for public cloud need regions in their legal jurisdiction, connected to local sources of data, and close enough to their customers to make apps snappy,” explained Miles Ward, CTO of Google partner SADA Systems, who was formerly Google’s director and global lead for solutions.

The largest digital economy in SEA

Indonesia is the largest digital marketplace in Southeast Asia, and Gartner reports that the country was on track to have the second-highest growth rate (after China) in end-user spending on public cloud services this year. “Right now, Indonesia’s digital economy has become the largest in Southeast Asia,” was how Google Indonesia’s managing director Randy Jusuf saw it back in February at the launch of the “Grow With Google” initiative in Jakarta.

“Moving to the cloud and investing in public cloud services have become imperative to the success of digital business initiatives. It’s no longer a question of ‘why’, but a matter of ‘when’ organizations can shift to the cloud,” said Sid Nag, research vice president at Gartner. “We have entered the cloud 2.0 era, where organizations are adopting a cloud-first or a cloud-only strategy.”

“We made the decision to invest in a cloud region in Indonesia in response to strong customer and partner demand, they have been anticipating this launch as much as we have,” Google Cloud APAC chief Harshman told Channel Asia.

Indonesia is home to some of the region’s most high-profile unicorns, including ride-hailing service-turned-super-app Go-jek, and travel startup Tokopedia who are important local customers for Google Cloud. In addition, major corporations such as telecommunications provider XL Axiata and multinational Accenture (which launched a dedicated Google Cloud operation in Indonesia last year) are also key partners that help lend credibility to the cloud provider’s in-country efforts.

Google Cloud was one of the cloud service operators to step up relief efforts during COVID-19, and now will be helping Indonesia craft a “cloud-ready workforce” in 2020: including offering free GCP training sessions, complimentary credits, cloud on-board training and digital scholarships with Indonesia’s Ministry of Communication and Information Technology to help people become GCP certified.