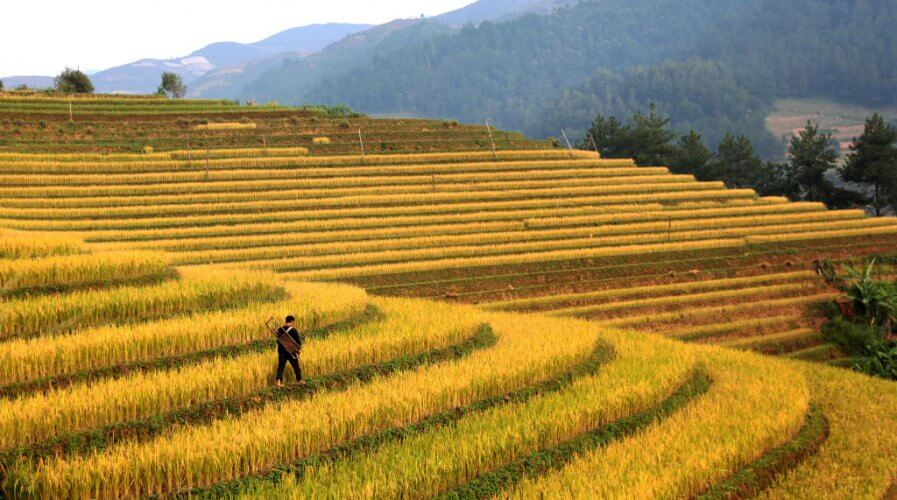 Myanmar at the crossroads of a tech-driven agriculture boom. Source: AFP

The agrarian culture of Vietnam is faced with a seemingly unsolvable paradox, that of producing more crops to meet growing demands and seizing economic opportunities generated by free trade agreements, while still preserving natural resources that are at the mercy of swiftly shifting climate conditions.

Agriculture has long been a bedrock of the Vietnamese economy, where cultivated land for farming makes up nearly 40% of Vietnam’s total land mass, and about 20 million people work in the agriculture sector– about 39.45% of the total employment in Vietnam.

Rice is by far the main agricultural crop of the country, with Vietnamese consuming 21.5 million metric tons since 2019, the fifth-highest in the world. But cultivating rice paddy leaves a sizable carbon footprint: paddy cultivation accounts for over 10% of global agricultural greenhouse gas (GHG) emissions, and rice planting consumes 21% of the total water volume used for crop production worldwide, leading to climate change and global water scarcity.

The temperature in Vietnam has risen by 0.9 degrees Celsius in 2019 alone, leading to record draughts in the Mekong Delta and worsening water shortages. Research firms predict that climate change will reduce harvests in the region by as much as 17% and shrink arable land by as much as 20% by 2050.

At the same time, reports indicate that the global population will top 2.2 billion and that demand for food produce will shoot up by 50% in the same time period. So how is a heavily agricultural society like Vietnam’s to survive, and thrive on its produce supply potential without permanently damaging its ecosystem?

IoT-driven agritech can sow the seeds of change

Farmers in the region need to be incentivized towards more sustainable and climate-friendly cultivation practices, and it appears agritech that makes use of newer technologies like the Internet of Things (IoT), cloud computing, and big data could help provide solutions.

For instance, there is a rice growing methodology called ‘alternate wetting and drying’ that is more environmentally sustainable but challenging without the right conditions. It works by alternately flooding and drying out paddy fields, with water levels limited to small amounts during the ‘wetting’ stage.

Alternate wetting and drying has proven to be able to lower methane emissions by 48% and reduce water usage by 28%, according to agriculture and rural development studies carried out by the World Bank.

A pilot program that applied IoT agritech was developed using sensors from a Vietnamese startup, MimosaTEK, which would measure the water levels in the rice field, and transmit the data to cloud-based management software.

The small-hold farmers in the pilot project could then monitor the water levels, and determine the ideal time to irrigate the rice as well as the optimal amount of water, using a smartphone application with a simple, user-friendly interface. The farmers in the pilot reported that the data and recommendations from the app were accurate and convenient.

The success of the pilot was so efficient that 95% of the 80-plus planters who took part in the study said they want to continue using the IoT system, while 90% said they would be willing to pay for such a system.

The Vietnamese government is now looking to scale up the application of IoT-driven agritech with more paddy growers throughout the Mekong Delta, as the barrier to entry is relatively low: farmers only need access to smartphones, electricity, and internet connectivity along with the irrigation equipment that is already used for the alternate wetting and drying method.

The simplicity of this IoT approach also means that any farmers who were already familiar with traditional wetting and drying strategy could quickly adopt the agritech method. 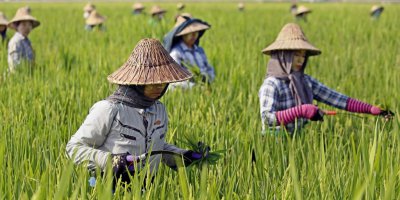 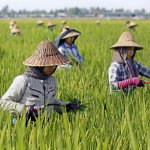 With the backing of the Vietnamese government, support from other key stakeholders within the regional agriculture value chain may also be forthcoming, as local sources report that major corporations such as Bayer are becoming strategic investors in local agricultural companies.

These firms are invested in implementing sustainable agricultural practices that will also see productivity hikes, and could be a major boon for the green economy of Vietnam.