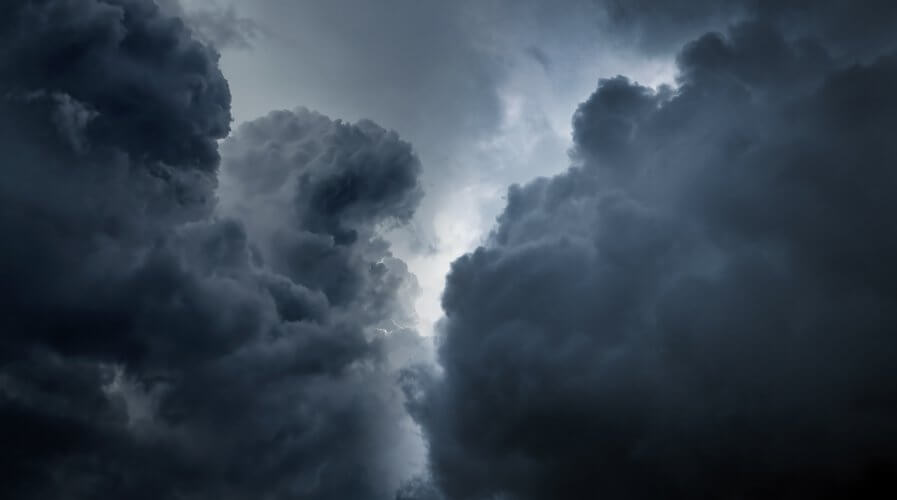 Tencent’s not holding back on cloud. Source: Shutterstock

How Tencent is bringing the storm clouds to arch-rival Alibaba

Amid the tidal shift to remote working and the need to develop apps and systems to help contain the outbreak going forward, the services of China’s cloud giants have been indispensable in the last few months. Leaders Alibaba Cloud and Tencent have been charitable – the former offered has its computational platforms and resources available to tens of research groups to accelerate data-heavy drug development and vaccine discovery – but the demands of the COVID-19 pandemic have reaffirmed the need for cloud computing among customers, and proven hugely lucrative for those cloud leaders.

The circumstances have also opened up new opportunities. The benefits of the long-emerging telehealth sector have been thrown into the spotlight: Alibaba revealed that its AliHealth app, hosting over 1,000 doctors, has been receiving over 3,000 consultation requests per hour at the peak of the pandemic, while Chinese Tencent’s Wedoctor app had served up to 1.5 million consultation services by the end of February.

Eyes are on automation, too. COVID-19 has provided the watershed moment for investment into automation technology such as robotics to get serious in sectors like manufacturing and logistics. Cloud computing will be a backbone.

As reported by Reuters, this technological inflection point – though ripe with cloud-driven opportunity – is leading to more fierce competition than ever between China’s tech titans, and contender Tencent is taking every opportunity to steal ground across Asia and beyond from world heavyweight Alibaba Cloud, which dominates its home market and currently ranks fourth worldwide in the public cloud tables, behind AWS, Azure and Google Cloud.

Tencent last month also announced the launch of a smart city project. The Shenzhen-based ‘smart campus’ will leverage technologies including 5G connectivity, big data, artificial intelligence (AI) and automation in a bid to show what’s possible with these initiatives, and will serve as a manifestation of the company’s ambitions.

Sources told the site that Tencent’s began to display a new level of aggressiveness as far back as 2018, when it put cloud at the center of its growth plans, and that energy has only stepped up a gear since the pandemic hit. “The competition with Alibaba is so fierce right now, the sales teams are fighting them for every deal,” an unnamed member of Tencent’s cloud division was quoted.

Already this year, Tencent has appointed more than 3,000 employees to its cloud arm and, as demand soared in China for bandwidth early on in the pandemic, it added a 100,000 cloud servers in eight days to support the box-fresh Tencent Conference.

In May, the firm said it was gearing up to invest 500 billion yuan  – approximately US$70 billion – in cloud computing, AI and cybersecurity over the next five years. That was a ‘I raise you’ on Alibaba’s pledge to invest 200 billion yuan (US$28 billion) in its own infrastructure just a few weeks’ before.

Tencent’s stacks, or a portion of them, will be directed at growing its operations outside its home market. At present, Alibaba Cloud has an unchallenged lead, claiming just under half (44.5%) of the entire cloud market share, while Tencent holds about a fifth, the same as Huawei Technologies. The social media and gaming titan wants to take the fight to Alibaba and other US rivals in markets outside of China, in markets where the battle between these two cloud blocs continues.

The cloud infrastructure markets of India and Indonesia will be crucial turf for Tencent’s growth ambitions, and here it will be able to compete for market share against its own local rival Alibaba Cloud, and US firms Google Cloud, Microsoft Azure and AWS.

Speaking to Reuters, Poshu Yeung, VP of Tencent’s international business group, noted a huge interest in shifting further into the cloud business and for the online education market.

“Although Tencent came to the space later than Alibaba, I believe the company is willing to endure a relatively long period of investment cycle for this business, hoping to catch up or one day becoming the No. 1 player in this field,” said Alex Liu, tech analyst at China Renaissance commented.

Part of Tencent’s play to gain ground includes getting better at bespoke B2B sales and products, which is Alibaba Cloud’s bread and butter, while Tencent has been focused more on consumer-centric products and design. 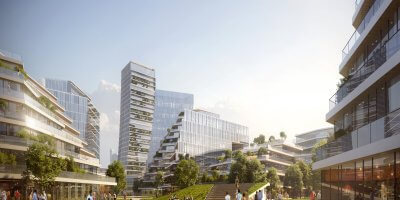 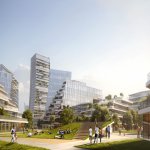 Tencent has gained ground in government contracts, a small but reputable sector which it can use to its advantage in attracting private-sector clients. Reuters noted that its determination to win tenders saw Tencent offer the Fujian province government a completed information project plan for 0.01 yuan in 2017.