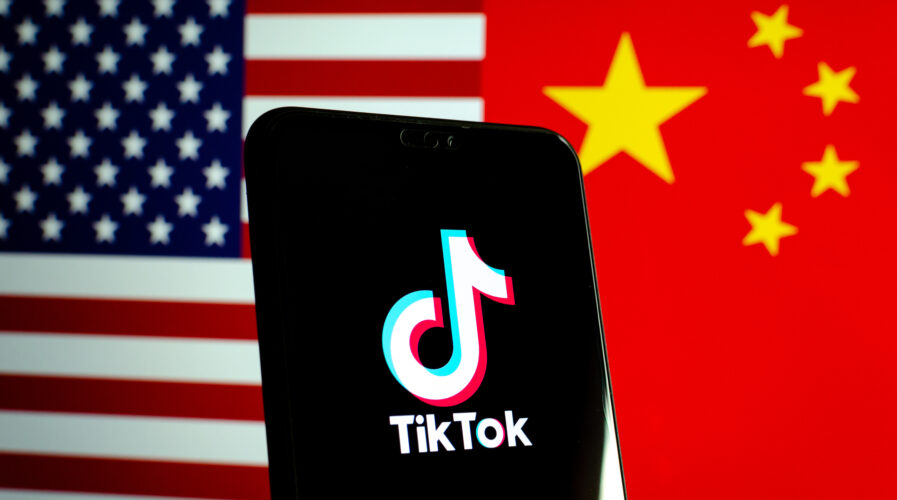 Could a buyout by US investors silence concerns? Source: Shutterstock

Is a US buyout on the cards for TikTok?

TikTok is having a hard time of it at the moment. After rip-roaring success at the height of the pandemic when younger users flocked to the app for entertainment, the company now finds itself deep in a mire of accusations surrounding its Chinese origins.

Made by Chinese tech firm ByteDance, TikTok – whose app has been downloaded more than 315 million times during Q1 – is facing worsening scrutiny owed to concerns around data-sharing with Beijing and accusations of censorship of content that casts the State in an ill-light.

TikTok was one of 59 Chinese apps banned from India – previously its biggest market with 200 million users – alongside popular messaging app WeChat under the premise of being a national security threats and using data illegally, and directly following clashes at the India-China border in the Himalayas. Soon to follow were hints from the Trump administration that a US ban could be on the cards – the app’s already been banned from federally-owned devices owed to it being a cybersecurity threat.

TikTok cut itself free from Hong Kong altogether earlier this month amid draconian new security laws from mainland China – a move more drastic than other tech companies and seen as something of a plea to shelve suspicions of ties with the CCP.

Facing a boot from a highly-valuable marketplace in the States (the home of its new CEO, former Disney+ helmsman Kevin Mayer), TikTok could find refuge in a possible buyout by US shareholders. According to The Information, a number of US investors who already have a stake in TikTok parent ByteDance are mulling over purchasing the subsidiary outright to gain control of the platform. The move would put TikTok on US soil, on paper, and could ease the winding concerns about user’s data.

The investors considering the purchase are General Atlantic and Sequoia Capital, and while a potential deal is by no means set in stone, Bytedance founder and CEO Zhang Yiming has previously said he would be open to the idea of selling the streaming app, if that’s what’s best for its future – which, given the flak it’s taking worldwide, probably is.

TikTok already has around 1,400 employees in the US, and is reported to be planning to hire a further 10,000 in engineering, content moderation and customer service across the country in various outposts. TikTok seems to like the fit of the States as a base for its data centers, and is even bringing on a team of lobbyists to build ties with the administration which vocalized its doubts on the platform.

Gizchina noted that US streaming giant Netflix mentioned TikTok for the first time in a shareholder’s open letter accompanying an earnings report. The letter seems to refer to TikTok as a competitor that should be taken seriously: “TikTok’s growth is shocking, which reflects the liquidity of Internet entertainment.” The publisher suggests the statement could hint at Netflix’s own interest in a purchase.

With Facebook spinning up its own alternative, Reels, which it has already rolled it in markets including India, TikTok needs all the help it can get now, and a buyout from US investors may be the lifeline it needs.