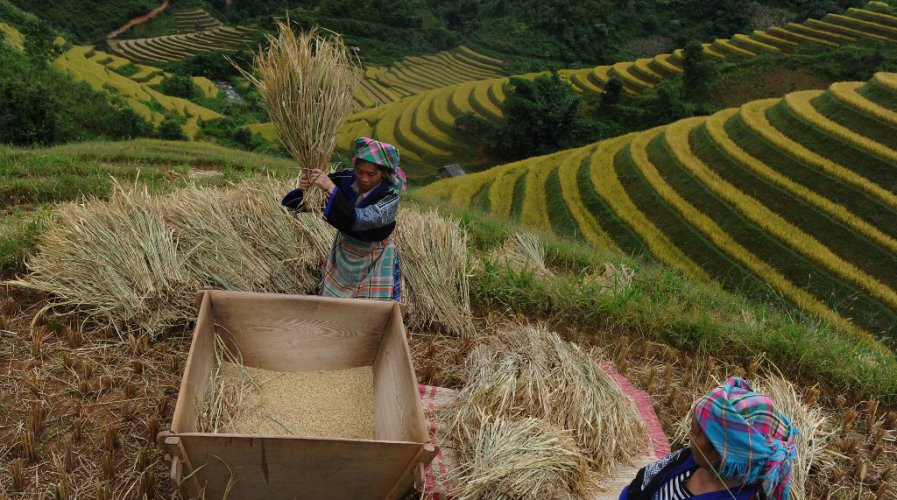 Can agritech turn the tide for farmers in Southeast Asia?

Agriculture has been one of the core pillars of human existence and development over the millennia and, while it continues to serve that crucial role today, the industry faces bigger challenges by the day.

The risks driven by climate change and, more recently, the effects of  COVID-19, have contributed to declining produce outputs and farmers are struggling to make sites both sustainable and profitable. In agriculture-dependent regions like Southeast Asia, the contribution of the agriculture sector has been steadily declining from 2003 towards 2016, as shown in recently released World Bank data.

Farmers are looking for solutions that can drive efficiencies to save costs and increase yields, and this has led to the intersect between agriculture and next-generation technologies, otherwise known as agritech.

Alongside goals to increase productivity, agritech solutions also seek to make the industry more economically and environmentally sustainable, leveraging technologies such as data analytics, artificial intelligence, and robotics. Away from the glistening skyscrapers of its capitals, Southeast Asia – a region heavily reliant on agriculture – is proving fertile ground for innovation this exciting, emerging arena.

The rise of agritech startups

In Brunei, agritech startup Agrome.IQ is supplying farmers with business intelligence and analytics to help them plan planting patterns. The company uses real-time monitoring technology to collect data from farm systems around the country to create customized solutions and real-time monitoring to increase overall farm productivity.

The data is being used by agriculturists who can look for patterns, and ultimately make forecasts to optimize harvests. The startup is now seeing major interest from notable venture capital firms, and the financial support can help the app make necessary changes to its core offering for better outcomes, and help Agrome IQ achieve its vision to feed nine billion people within approximately 30 years.

In Vietnam, agritech startups are turning to IoT to stave off the effects of climate change and increase crop production.

MimosaTek’s co-founder and strategy director, Nam Dang has said Vietnam’s productivity is among the lowest in Asia.

“Agriculture in Vietnam is super inefficient. Productivity is among the lowest in Asia. Waste is everywhere — more than 50% of water is wasted as a result of over-irrigation, up to 60% of the fertilizer is not absorbed by the crops which run off and destroy the environment […] and over US$700 million are lost in export opportunity because of overusing pesticides and chemicals.

“All of this is caused by the fact that farmers do not have data about the demands and health conditions of the crops, and therefore cannot tailor their services to meet their needs.”

MimosaTek uses IoT to collect data on crops and to remotely control farming equipment on-the-ground, inform decision-making, all managed from a cloud platform. The firm is focused on driving water conservation in the region and is the first Vietnamese organization to win the Securing Water for Food Challenge back in 2017.

“We believe in the potential of agriculture technology market and trust that local start-ups will lead the change,” said Nam Dang.

In Cambodia, local startup Agribuddy is employing crowdsourced approach to gathering agriculture data that can be shared. The social enterprise system is collected via Agribuddy’s mobile app from connected farmers, agricultural traders, and others in the local agribusiness value chain to solve problems directly facing their local agriculture economy. The result is collective intelligence.

The app’s network of smallholder farms, or ‘Buddies’, can not only share and access information, but can also build a credit scoring profile by interacting that will then enable access to microloans and credits. Agribuddy Cambodia’s managing director, Pakk Yourng, believes that connecting the stakeholders together in a unified system is what is helping transform the agricultural sector in Cambodia. 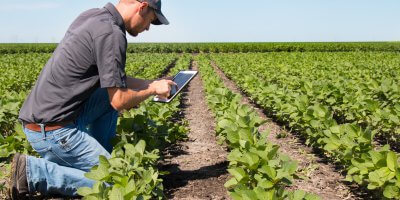 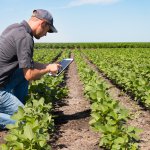 AGRICULTURE IS OUR MOST VITAL INDUSTRY AND IT NEEDS CYBERSECURITY

“We have thousands of farmers, hundreds of suppliers, Buddies, banks, and [if] we have to talk to them one by one– it’s very, very tough,” said Pakk Yourng.

Agribuddy was launched in end-2016 with the slogan of “Changing agriculture in Cambodia”. The agritech app appears to have made a significant enough impact in a little over three years, that it has even secured upwards of US$3 million in funding, to continue building out its ecosystem to possibly include neighboring agriculture regions.