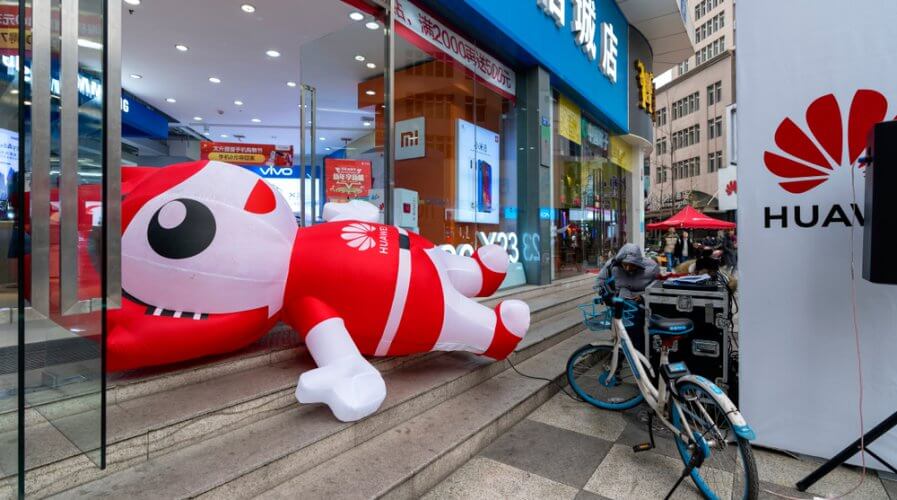 Is Huawei falling back on its cloud business? Source: Shutterstock

Will Huawei’s woes open the door for new 5G challengers?

But in the intervening months when COVID-19 was interrupting global supply chains and putting a halt to 5G construction projects, the US-led campaign to hamstring Chinese tech companies was gaining ground.

Prior to a major trade fall-out between the world’s two largest economies, Huawei Technologies Co. was the undisputed global leader in 5G infrastructure and networking. The Chinese firm had been laying the groundwork for 5G networks in most major markets over the last few years, until two years ago when the US federal government instituted a blanket ban on American firms trading with or procuring supplies from Chinese companies.

Tough new US sanctions on Huawei meant that the Chinese tech giant could no longer work with American companies that supply semiconductor equipment.

Boasting “over 10 billion transistors” in a single chipset, Huawei’s Kirin 990 5G chip launched last year is built by an automated process called electronic design automation (EDA). Automation software assists with the layout design of the chip and its functionality, as well as simulating the working chip before its deployment.

However, the three leading EDA software-makers – comprising Synopsys, Cadence and Mentor Graphics (acquired by Siemens) – all have ties to the US.

The US sanctions also forbid fabricators from using semiconductor manufacturing equipment based on American technology, meaning Huawei is locked out of the equipment needed to produce the smallest transistors currently possible, so there is a cap on the efficiency of its products.

Underlying these sanctions are accusations that the telecommunications giant was playing a central role in spying on the US and its allies on behalf of the Chinese government. Since then, the US has been leaning on its allies to follow suit and shut Huawei out, and has been experiencing some success in that regard, especially as Huawei’s access to the components it needs is now under question.

Singapore, Taiwan, Australia, New Zealand, and Japan are some of the Asia Pacific (APAC) bloc who have drastically reduced Huawei’s role (or shut the Chinese firm out completely) in building out their respective 5G networks. Canada, Italy, Brazil, France, and Croatia are just a few of the other nations who are pulling back from Huawei and leaning towards the likes of Ericsson, Nokia, Mavenir, and Cisco to provide a combination of telecommunication equipment such as antennas and relay masts. Despite warnings from two its major telcos, the UK, too, could be about to reverse an earlier decision that would allow the Chinese tech company’s equipment to comprise a limited portion of the country’s network hardware.

Combinations of telecommunications gear from Ericsson and Nokia are being used by many of the mobile carriers who are excluding Huawei, as in the cases of Taiwan’s three major operators all electing to rely on Ericsson infrastructure combinations. The same scenario played out in Singapore as well.

Restrictions on supplying the equipment and wireless infrastructure needed will hurt Huawei’s chances of fulfilling its 90-plus 5G contracts it had previously signed, and this would provide a tempting opening for not just European providers, but also Asian tech giants thought to be out of the running in the race to secure 5G real estate, such as Japan’s NEC and South Korea’s Samsung.

Mobile carriers around APAC are looking to invest around US$331 billion over the next five years to facilitate 5G network rollouts, and the sheer volume of Asian economies that will be initiating next-generation networks in that time should provide the likes of NEC and Samsung the impetus to reignite their flagging networking fortunes.

Samsung was a major 3G operator, but found itself unable to compete evenly with the ‘big three’ of Huawei, Ericsson, and Nokia when it came to winning 4G contracts. The Korean juggernaut has since kept its 5G interests focused on North America and parts of the APAC region.

NEC, on the other hand, has been collaborating with Japanese compatriot Rakuten Mobile to develop its past 4G network in Japan, and they are together developing a joint 5G operation.

While Samsung might be better entrenched globally, NEC is also heavily involved in the development of undersea cables and fiber optic networks via its logistics management software affiliate Netcracker. “Netcracker has a strong presence with operators in Europe, which could be a real entry point for NEC,” commented Stephane Teral, the chief telecoms analyst at market research firm LightCounting.

The crackdown on cooperation with Huawei is cracking the door open slightly for these two firms to re-establish themselves as next-generation connectivity enablers. The UK government, for example, has reportedly asked both companies to participate in feasibility demonstrations to showcase their 5G capabilities, and NEC recently revealed it is working with Japanese carrier NTT to help accelerate development of a 5G network. 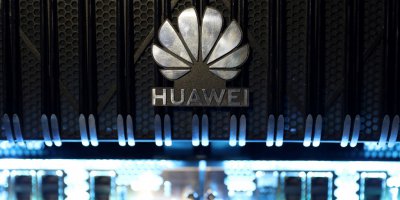 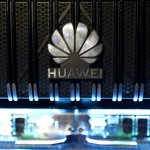 5G PATENT WARS – ASIA SURGES AHEAD OF EUROPE & US

Samsung and NEC have worked together in the past to promote 5G offerings in both the European and Asian markets. With the US government advocating for the use of non-proprietary networking tech like Open RAN to encourage American firms to pursue 5G development, this could allow for an easier entry point for NEC and Samsung as well into the US market, provided they can work together to capitalize on the opportunities.