One of the most exciting applications of artificial intelligence (AI) lies in its potential to crawl through masses of data to identify new information that humans would probably never spot, or simply wouldn’t have the time on earth to do.

The business benefits of this potential are obvious. An AI program could be let loose into vast reserves of dark data, turning out valuable, hidden customer insights, or enabling marketplace predictions.

In industries like healthcare, this approach is serving as a ground-breaking new method of diagnosis, able to filter through tens of thousands of MRI scans, x-rays, and other medical records, identifying patterns and discerning nuances between cases — all in comparative lightspeed compared to a medical practitioner.

The applications are only limited by imagination — and available data. But, while we could reel out more examples of this potential, there is perhaps a never more powerful metaphor for AI’s utility in this respect than it being deployed to validate the existence of new planets in the vast expanse of space.

That’s exactly what scientists from Warwick University have done — so if you needed some inspirational motivation to employ machine learning techniques, this might be it.

Researchers used a machine-learning algorithm to confirm the existence of 50 new planets. In much the same way as described above, a research team from Warwick University fed the algorithm huge datasets from NASA’s retired Kepler mission and Transiting Exoplanet Survey Satellite (TESS) space telescope launched in 2018.

In what’s hoped to be a new approach for future planet validation, the algorithm was trained to differentiate between planets and false positives amid the noise of and inference caused by objects in the background and occasional errors in the camera. The algorithm was then launched into a separate, unvalidated data set on a mission to validate celestial bodies.

Dr. David Armstrong, from the department of physics at the University of Warwick, said: “The algorithm we have developed lets us take fifty candidates across the threshold for planet validation, upgrading them to real planets.” The program also generated the probability of each planet being real. Those planets validated ranged from the size of Earth to the size of Neptune, with orbits varying from one day to 200 days.

“A survey like TESS is predicted to have tens of thousands of planetary candidates and it is ideal to be able to analyze them all consistently,” said Armstrong.

“Where typical sky surveys identify thousands of potential planets, it’s left to human astronomers to distinguish real planets from the information. “Fast, automated systems like this that can take us all the way to validated planets in fewer steps let us do that efficiently.

“We still have to spend time training the algorithm, but once that is done it becomes much easier to apply it to future candidates.”

By using nothing more than patterns in text, an algorithm made valid scientific predictions. 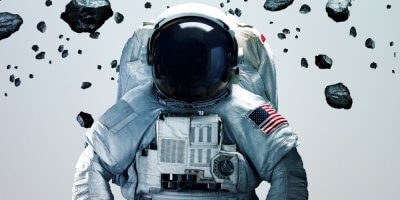 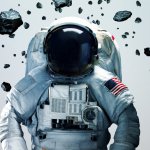 HOW NASA IS HELPING THE US FEDERAL GOVERNMENT ADOPT RPA

Dr. Anubhav Jain, one of the study’s co-authors, previously told TechHQ: “You could imagine that if you did pair this technology with some of the automated laboratories, you could have a system in the future where AI reads the research papers, figures out which experiments to do, actually conducts those experiments, and maybe even pick a materials formulation that is useful for some purpose, all on its own.

“I think it’s theoretically possible to do something like that but there’s still a lot of practical issues in all of these things that prevent it from being right around the corner.”