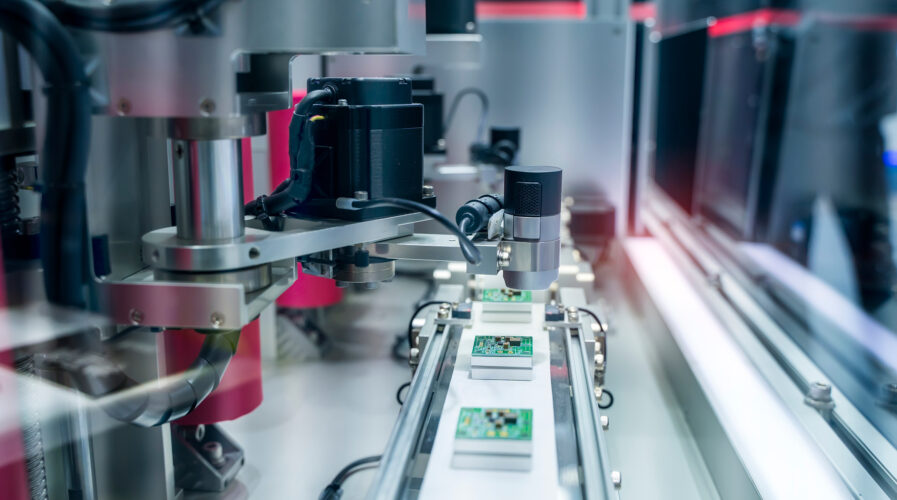 A computer inspects a printed circuit board on the production line. Source: Shutterstock

The technology is an innovative branch of machine learning, enabling computers to identify and classify objects using image or video recognition. This technology is proving incredibly powerful and is fast advancing and gaining momentum rapidly across various use cases and industries.

By understanding, analyzing, and extracting meaningful data from images faster and more accurately than humans, computer vision’s use cases span often controversial use in anything from facial recognition systems to identifying hairline flaws in manufacturing and identifying anomalies from MRI scans.

Computer vision is also fundamental to the development of cutting-edge robotics, including autonomous vehicles and drones, that can ‘see’ and act on their surroundings. In short, the technology is enabling technologists to push new boundaries across a massive expanse of sectors, such as defense, manufacturing, retail, insurance, and retail.

Here are some of the more interesting use cases of computer vision currently at play:

Use of computer vision with CCTV systems may be unnerving and, in some cases, plain controversial. A number of tech giants, including IBM, have publicly backed away from offering its technology to law enforcement, owed to potential bias in datasets leading to discriminatory policing.

But computer vision used in surveillance systems isn’t just about spying on citizens or holding criminals to account. Construction sites can employ the technology to identify when workers or vehicles are straying into dangerous, off-limit zones, sounding an alert to the individual on the ground, or even sending a signal that shuts off machinery.

Computer vision also has the ability to ensure safety at large and crowded public events, such as identifying a risk of overcrowding, and triggering digital displays with prompts to move back, or signposting to areas of more space.

At the Roland Garros tennis tournament in Paris this year, mobile operator Orange piloted use of real-time analysis of CCTV images using CV to enable staff to guide visitors to their seats, reducing the risks of overcrowding and improving the sports fans’ visitor experience.

In these types of scenarios, edge computing enables both near real-time response, but also privacy, with images being processed locally on a private network on site. 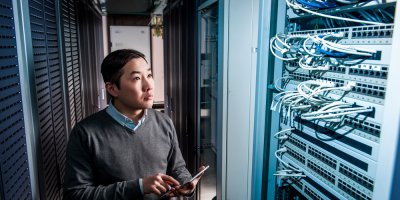 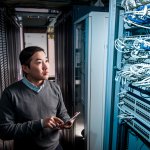 DID COVID-19 UNEXPECTEDLY SPUR THE ADOPTION OF CLOUD TECHNOLOGY?

Downtime is a sin in manufacturing, and that puts the sector on a constant quest to employ technologies that speed up time-to-market while ensuring quality is optimized. Computer vision can remove and far out-perform the role of humans from the process of quality control, adding accuracy and repeatability to what is otherwise a monotonous task.

Every successful manufacturer will have a rigorous quality control process in place but in certain highly-regulated industries, such as Aviation, Space, and Defense Industry, the stakes of a flaw in a product can risk not just reputation but could pose a serious threat to human lives. 3D-enabled computer vision systems can identify the smallest defect in a component that the human eye might miss.

Even in the pharmaceutical industry, computer vision is being used to detect and analyze bacterial growth in Petri dishes containing samples of vaccines in production. This is proving a more accurate and effective alternative human inspection in detecting production problems and ultimately can bring medicines and vaccines into circulation faster.

Optical character recognition (OCR) is another subset of computer vision that can identify characters from handwritten, typed, or printed text and turn it into machine-readable text. This can transform data-entry tasks where masses of data in disparate formats is collected and must be decoded constantly.

OCR has replaced the need, in many cases, for humans to scour through and manually index scanned paper documents.

If an insurance company is receiving more than 20 million documents a day, for example — a large volume of which could be emergencies which would require urgent attention — OCR can identify data while Robotic Process Automation (RPA) systems can act on it immediately, eliminating the need for a vast workforce of manual auditors.

Another application of OCR is in extracting valuable, forgotten information from banks of legacy data that organizations may have generated over decades. The found data can subsequently be used by artificial intelligence and machine learning systems to make predictions. It may also be used to paw through medical records in efforts to uncover recurring cases of illnesses for example.