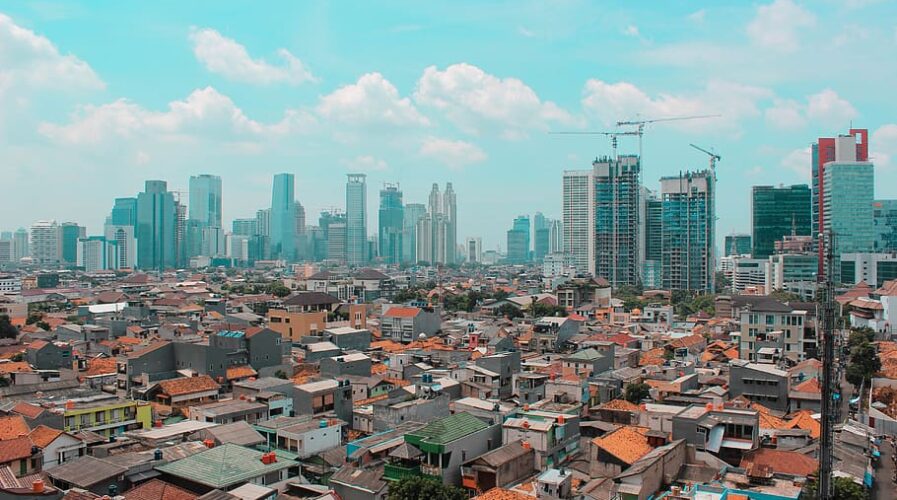 The Indonesian government has unveiled a national strategy for the development of Artificial Intelligence (AI), with one eye set firmly on assuring its people that AI is safe and widely beneficial.

In keeping with a global turn to the technology (to combat disease, expedite research and make for a more innovative future across industries), Jakarta has now published a blueprint, known as Stranas KA, for the national development of AI between 2020 and 2045.

Bambang Brodjonegoro – Head of National Research and Innovation Agency (BRIN) – said the country would focus its AI projects on education and research, health services, bureaucratic reform, and food security as well as mobility and smart cities. This grouping of use cases marks not only the widespread expertise that AI can offer but a degree of insight into how machine learning and automation can address persistent issues in developing countries.

Brodjonegoro went on to outline plans for an “independent, advanced and prosperous Indonesia”, one that can be reformed (or reinvented) from “a natural resource-based country to an innovation-based country.”

To make this shift — despite Indonesia’s being the largest economy in Southeast Asia — the agency and broader government outlined five sectors of focus, the first being AI, as well as Internet of Things (IoT), advanced robotics, augmented reality, and 3D printing. As such, Stranas KA is a framework that aims to unite many of the digital developments taking place in the country and aligns closely with Visi Indonesia 2045, its broader development strategy. 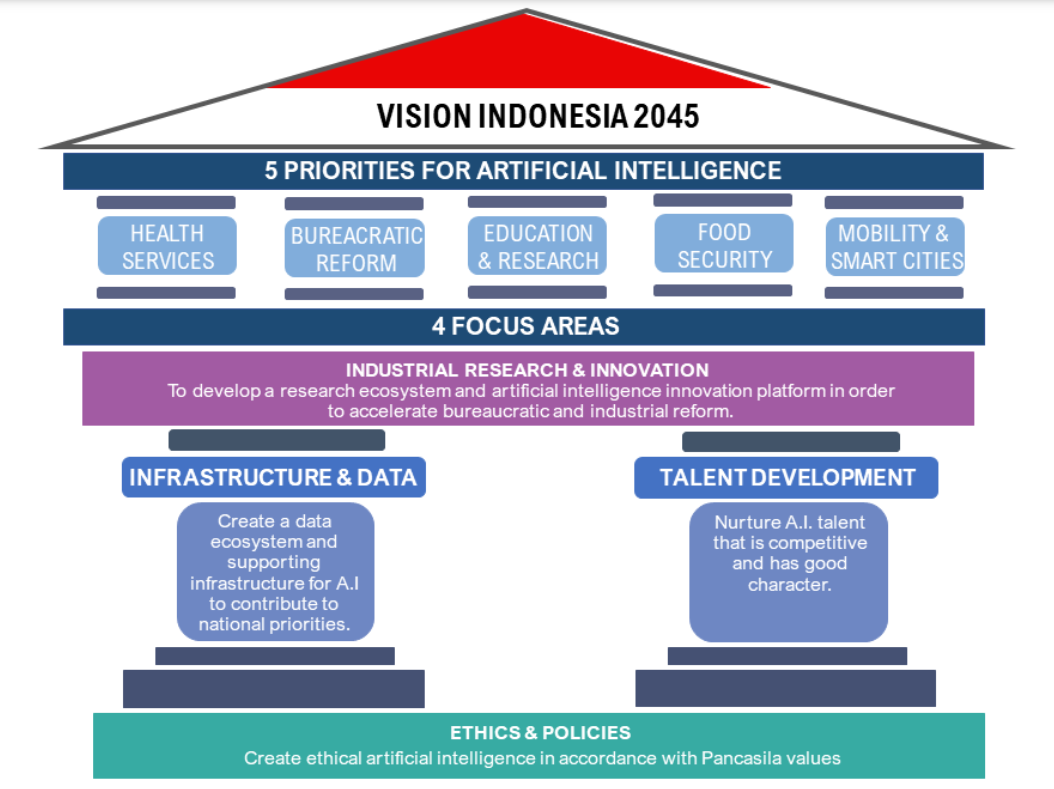 AI as a political bedrock

A pertinent application in Indonesia is that of utilizing AI to address – or even replace – the nation’s ‘lethargic bureaucracy’. As a signal of intent and acceleration of this end goal, late 2019 saw President Joko “Jokowi” Widodo outlined plans to replace a number of civil service positions with AI. The essence of bureaucracy, however, is to favor rules and procedures over intuitive (sometimes sensible) human judgment. Should human judgment become equally jeopardized in the role of AI, then it’s reasonable to envisage AI leading to a new form of bureaucracy. This is a concern that stretches beyond Indonesia.

Governments have the capability to overcome bureaucracy by designing forward-thinking processes, protocols, and business. Tools such as AI are an extension of this, perhaps not a pragmatic alternative. The same superiors will be making decisions and managing inputs, be it to civil servants or AI machines.

In addition to bringing AI into bureaucracy, several other state-led AI projects are already underway, including in agriculture and education, with machine learning helping to streamline production, anticipate forest fires, and rejuvenate traditional teaching faculties. In total, the strategy document identifies 186 programmes, pilot schemes, and policies.

The national strategy notes a number of “unique” datasets that can help it develop AI, but also recognizes some potential pitfalls of its immediate growth. Indonesia does not have the provisions to regulate the technology, nor an official agency to oversee AI development. Without close monitoring, upkeep, and refinement, AI can become as much an obstacle to development as it can a contributor. The country also leans heavily on imported technology and holds its own concerns with regard to data misuse and cybersecurity.

The guidelines advise the formation of a data ethics board to oversee AI development, as well as for the regulation and setting of national standards for AI innovation. Though a solid foundation, AI developers and experts have urged the government – even off the back of the strategy – to better anticipate risks and fix current flaws. The initiative and intent is in “good faith”, according to professor Wisnu Jatmiko of the University of Indonesia, but the country lacks some of the fundamental infrastructure to truly bolster development. He also advised on the importance of cloud computing systems to prevent data leaks.

“AI is an extraordinary challenge. It’s a race; it’s like a [sports] match, if we are not prepared for it, we will only be spectators,” said Wisnu.

Indonesian companies have the highest rates of AI adoption in SE Asia, so with AI perpetually coming to the fore, where is the technology best directed?

Well, for Big Data and AI Association (ABDI) chairman Rudi Rusdiah, the government should prioritize trade, higher education and industrial affairs, as these will yield the best economic benefits and prepare the next generation for the burgeoning vision of modern Indonesia. “We are in the beginning phase, so we must learn from the mistakes of other countries that have started with AI.”