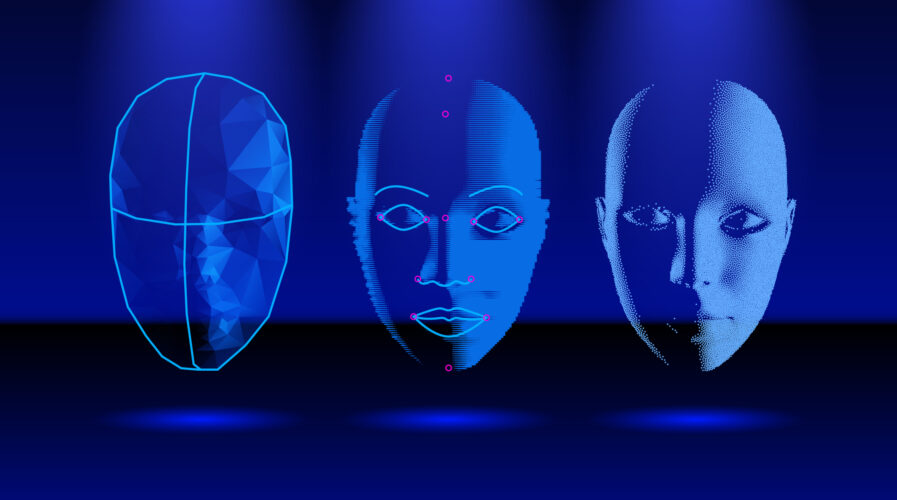 Banks across Asia are embracing facial recognition, as it becomes part of daily life. Source: Shutterstock

Why facial recognition is becoming de facto among Asia’s banks

Like it or not, facial recognition is becoming hard to avoid.

Applications of the biometric tech were already in wide use before the coronavirus pandemic, ranging from contact-free payment methods to performing quick, verifiable id checks at entrance and exit points. With COVID-19 requiring extra precautionary measures to be taken when outdoors, however, many countries in Asia began exhibiting usage of biometric machines that scanned for temperature changes, and could even detect if faces were wearing masks.

Chinese authorities even upgraded city cameras with sophisticated facial ID tech that could discern and recognize facial features, even when obstructed by protective gear which, it said, could assist with contact-tracing in the country. 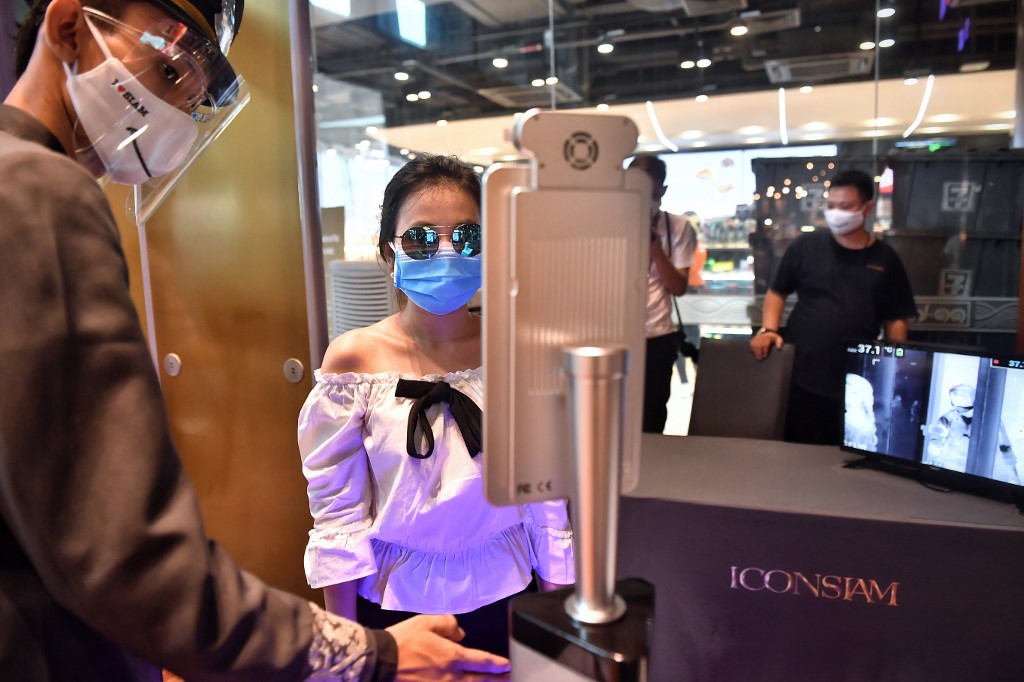 Scanning at facial recognition software before entering the Icon Siam mall, as it reopens after COVID-19 restrictions in Bangkok. Source: AFP

There have also been controversial applications in law enforcement and governmental surveillance circles, including many trials at airports where facial recognition can speed up the process of security checks, making lives easier for security personnel, airport staff and customers. Applications have been seen in healthcare and in driverless cars, with security often a driver for encouraging facial recognition installation.

While the pros and cons of biometric surveillance have been hotly debated – with privacy advocates claiming the tech is laying the groundwork for a ‘Big Brother’-like society – one area that is significantly less controversial is in the arena of digital banking, where the importance of foolproof verification isn’t debated.

The use of biometrics like fingerprints and facial data for login security can significantly reduce the risks faced by small and large businesses alike, and provide financial institutions with a reliable, secure fraud prevention system. Facial recognition tech is already being accepted to perform secure ID checks for financial services in Europe, and now many governments and institutions in Southeast Asia are rapidly adopting biometric authentication.

This database contains the facial images and identities of four million local residents aged 15 years and above, captured through passport and national ID applications. Its use had been limited to official purposes, including verification at border checkpoints and in some government buildings to limit access rights, until this first collaboration with DBS Bank.

The Government’s biometric database is already being used when Singaporeans scan faces or fingerprints on their phones to access e-government services and the e-services of insurer NTUC Income and the Singapore National Employers Federation using the SingPass Mobile app, which has around 1.6 million registered users.

“With VisionAlre, we present a new solution combining vision AI, input, and AI analytics, that has been applied in multiple research and technological implementations conducted by Nodeflux for years. Alongside the development of our newest platform technology, VisionAIre Know-Your-Custome improves the banking automatic verification in Indonesia,” Dharmadi said in his presentation.

The ‘HL ConnectFirst eToken’ enables users to authenticate logins and approve payments on the virtual banking platform ConnectFirst. The eToken is further planned to integrate with the HL ConnectFirst mobile banking app, in a move that will enable corporations and SMEs to confirm transactions with a single tap on a registered mobile device.

“Guided by our digital at the core strategy, we are committed in developing innovative solutions that are built around the needs and preferences of our customers, making sure that our products and services deliver secure, simple, seamless and straight-through customer experiences,” commented Hong Leong Bank CEO and GMD, Domenic Fuda.

“Facial recognition technology has evolved to levels that can provide high accuracy, agility, and above all safety, to be used in a wide variety of applications. The new HL ConnectFirst eToken exemplifies just that and embodies our pledge to remain steadfast in becoming a valuable partner to our corporate and SME customers.”