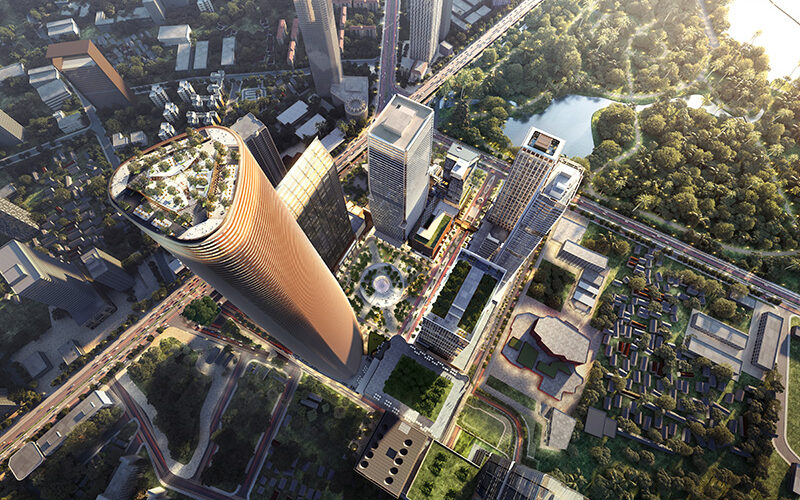 Why IoT is a key ingredient in Thailand’s digitalization drive

An Internet of Things (IoT) system consists of sensors and devices which “talk” to and connect with cloud solutions. Once the data gets to the cloud, IoT software processes and actions it to benefit not only businesses and countless industries — from agriculture to retail and medicine — but also end consumers.

Globally, it’s estimated that there will be more than 75 billion IoT devices installed by 2025, five times as many as in 2015. A McKinsey & Company report notes that the percentage of businesses using IoT grew from 13% to 25% between 2014 and 2019.

So, it’s no surprise that Thailand is putting a great onus on the development of its IoT infrastructure, and several of the government’s ‘Thailand 4.0’ initiatives – such as Smart City and Industry 4.0 – are focused on boosting the adoption of IoT. In their pacey pursuit of digital transformation, we look at where IoT comes in, and what infrastructural and developmental issues Thailand could face.

5G may pave the way for IoT

Thailand will be the first Southeast Asian country to adopt 5G services, as it continues on its path to becoming a “digital hub”. Thailand’s major operators have invested a combined US$3.2 billion in the country’s 5G spectrum auctions, and the arrival of such technology will further accelerate both the necessity and the adoption of IoT solutions.

Gartner suggests that there are 20.4 billion connected devices in the world as of 2020. This number will doubtlessly continue to rise. Current wireless infrastructure does not have the capacity to accommodate so many devices and ensure the exchange of information without minor lags — IoT does. With Thailand persistent in their path towards 5G wireless technologies, with it comes to the promise of a more IoT friendly ecosystem.

Growing use cases in the Thai IoT revolution

According to the Bangkok Post, Thailand “needs” a strong IoT system. Why so? The government wants to build smart industries off the back of (and a desire perhaps amplified by) Covid-19. IoT is an important tool in developing such industries.

Currently, IoT adoption in Thailand is dominated by manufacturing, logistics, and transportation. However, there is an increasing number of use cases: in energy (oil and gas company PTT use IoT in their pipeline maintenance to reduce cost and increase safety) and in real estate (smart buildings and PropTech that incorporate IoT, such as the flagship business district One Bangkok), among others.

The IoT market in Thailand is forecast to grow, driven mostly by consumer-related IoT, rising to the US $2.19 billion by 2030. Thailand’s Board of Investment is so intent on an IoT revolution that it offers a range of investment incentives to support, promote and tax-exempt businesses that develop/adopt IoT and related digital technologies, including eligibility to receive up to eight years of corporate tax exemption and non-tax privileges.

So as IoT offers inevitable productivity improvements and energy savings to business consumers, what could get in the way, and what challenges do such enterprises face?

The ‘ifs’ and ‘buts’ were recently outlined by Jesada Sivaraks, head of government and industry relations at Ericsson (Thailand); he told a webinar that, despite it being a priority, Thailand’s “ecosystem is not ready for IoT.”

Similarly, CAT Telecom president Col Sanpachai Huvanandana said that “only a robust digital infrastructure” can promote digital transformation. So, what of these obstacles?

Thailand to take a leap with IoT

The complex connection of machines with the cloud is at the core of IoT’s capabilities, from factories to farming. However, there are a number of bureaucratic obstacles that have been acknowledged as potentially stymying Thailand’s progress.

The country’s state regulations are complex, and overcoming the “somewhat archaic ecosystem of Thailand 3.0” is wrought with time-consuming approval procedures. For factory and warehouse owners especially, there are concerns over the timescales needed to transition to IoT and the impact of this shift towards automation on immediate ROI.

There are also the implications of context, and making sure IoT solutions are adapted to suit the Thai economy/digital market. According to Mr. Jesada, the challenge of IoT adoption is “the network, which covers device makers, service providers, and solutions as well as the government and users”. He points to a need to “make IoT devices fit with the network and build complete local networks, again a time-consuming and rigorous process.”

Finally, the overcoming of doubt will be key. Jesada says that “citizens and small businesses should not be afraid of technology, which can usher in new opportunities for careers and business models”.

With Thailand set to continue its digital transformation, and in striving towards smart industries, 5G and IoT will take center stage. If the nation can shift some of the infrastructural, bureaucratic concerns, they may well be a pioneer in the Southeast Asian market. Watch this space.