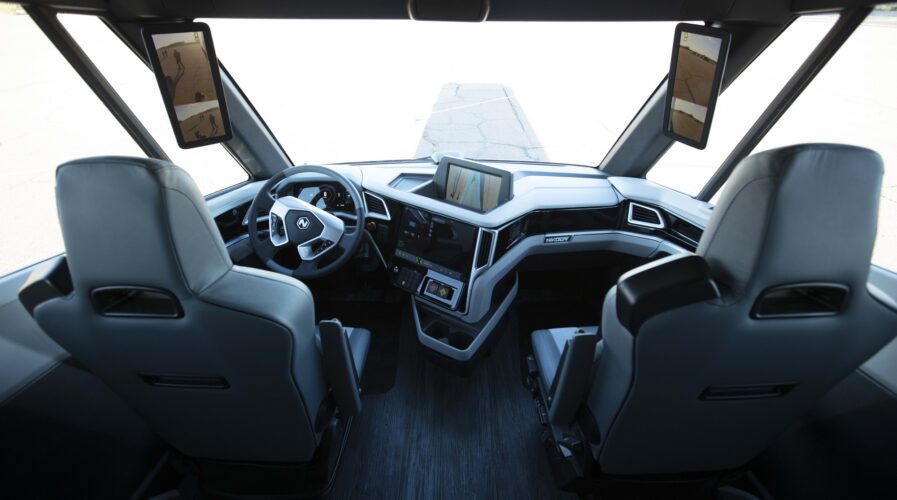 Why there’s a race to make autonomous trucks a reality

The investment is just another milestone in what’s becoming a race to make autonomous trucking a reality. Since 2013, venture capital investment in trucking and logistics-related technologies have soared from just over US$100 million to what, in 2020, seems to set surpass US$2 billion. The innovation associated with autonomy has attracted the most interest. Their proponents point to perks around delivery times, costs, and the counteracting of a truck driver shortage.

A report by McKinsey & Company said autonomous trucks would change the cost structure and utilization of trucking. This is compounded by ever-greater pressure from e-commerce. Automation at every point in the supply chain is proving vital to cope with demand— autonomous trucks are estimated to save close to 50% in operating costs.

Given the potential, the fledgling industry is attracting the keen interest and convergence of a strange combination of cutting-edge start-ups and age-old, well-oiled stalwarts.

Back in 2017, Elon Musk rolled out Tesla’s fully electric semi-truck, capable of 500 miles between charges and 80,000 pounds in carrying capacity. Every step of the way, its Autopilot technology has been developed, nudged, and rivaled by a smorgasbord of competitors, one of which – Nikola – has claimed Tesla’s creation infringes its own patents.

For starters, as the race for autonomous trucking passes the finishing line, and all starters are joined by more and more competitors, daily operating times will increase.

This necessitates the surrounding supply chain to shift, expand, and mold to the new reality of operation. Such a shift will be incremental, and won’t be seamless. Companies working in logistics and dealing with goods across the supply chain will need to put a renewed onus on flexibility and around-the-clock operations, which is no mean feat.

Ultimately, capturing economic gains from autonomy requires mastering an (almost) entirely new set of processes and systems, designed to keep vehicles rolling in a manner that not only assures safety – for any inefficiency will be exposed and scrutinized – but also provides a positive return on investment. Over time, we would expect to see a more balanced utilization of routes, as well as a reduction in mixed traffic and commuter congestion. If the technology is nailed, then peak hours of travel can be circumnavigated to provide greater assurance on cargo arrival times, partnered with improved safety of fellow road-users.

Then there are the drivers. Though decreasing in popularity (and increasing in attrition), truck driving has historically proven a steady and widely viable job for blue-collar workers the world over. Losing these jobs – or even seeing them jeopardized – could hurt job prospects for relatively unskilled workers. Goldman Sachs economists predict that the growing trend of autonomous vehicles could cost up to 300,000 jobs a year across all driving industries.

As a promising inverse to the above, the slow diffusion of autonomous technology throughout countries – and the world – will leave ample time for operational optimization and monitoring of economic impact and job prospects. It won’t be a mass-job-loss overnight scenario, and new opportunities will inevitably arise across the supply chain as the traditional driving gig wanes.

Amongst governments and policy-makers, there are a multitude of opinions and takes on the future of autonomous vehicles. Debate across this spectrum of acceptance will likely consume considerable time, and place blocks in the road for autonomous vehicle firms.

And despite the competition in the market, the need for data sharing will only increase, as will common analytical tools. Being insular with information may serve the host company well, but doubtlessly plays fast and loose with the human lives around these autonomous machines. Time-series, machine learning, and AI will all contribute to a perpetual drive in efficiency. The race to get autonomous trucks on the road will soon play second fiddle to the race to maintain their forward motion through continuously optimized analytics. 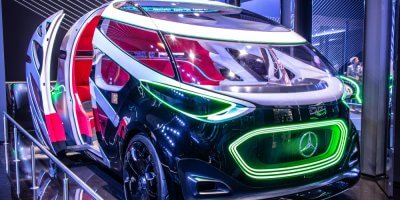 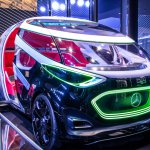 AUTONOMOUS MOBILITY SOLUTIONS COULD CUT CAR OWNERSHIP IN HALF

This is why the car and truck manufacturers leading the self-driving vehicle “revolution” – including the newly formed Traton and TuSimple partnership –have significant R&D and analytics departments. Autonomous technology, operations, and policies are on an upward trajectory, and we will soon see more vividly how their application impacts supply chains and human factors.