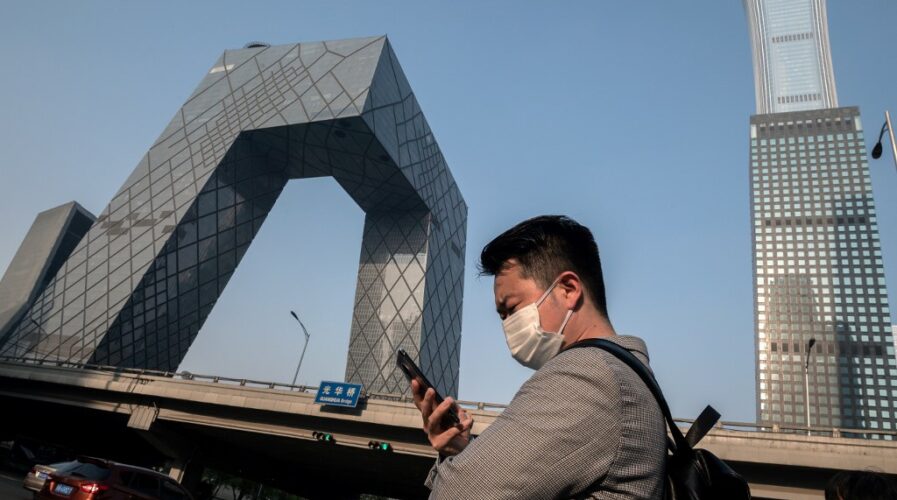 The nationwide China 5G plan is well underway, swiftly rolling out its 5G infra across the nation. Source: AFP

Despite mass disruptions earlier this year caused by the recent health outbreak, China’s telco carriers charged ahead with plans to build at least 500,000 5G base stations in 2020. Not only were they able to meet targets, but the nationwide China 5G networks have exceeded expectations by building more than 600,000 base stations in less than a year.

What’s more, the countrywide availability of steady 5G has prompted the rapid adoption of 5G devices in the world’s second-largest economy. Over 110 million Chinese users having already signed up for 5G telco plans, with data indicating that upwards of 150 million devices have already been connected to the China 5G network.

“In the next three years, China will be at the introduction stage of 5G development, so it is necessary to make proactive moves in construction,” said Wen Ku, an official with China’s Ministry of Industry and Information Technology (MIIT) that announced the 5G infrastructure progress.

The COVID-19 epidemic has accelerated the implementation of digital applications, supported by the widespread availability of 5G. Statista data in fact predicts that there will be approximately 42.3 million 5G users in China by the end of 2020, and that figure is expected to grow to 1.39 billion by 2030.

Despite overseas controversies with the US that have seen many American-allied countries opt to use alternate 5G vendors, China 5G technology leader Huawei Technologies does not appear to be slowing down with its homegrown 5G business.

The multinational tech giant has secured at least 91 5G contracts at home and abroad over the next year. Huawei has already started shipping parts and infrastructure equipment for 600,000 5G base stations worldwide this year alone.

The number of 5G data plan users exceeded 20.74 million in major city Guangdong as of the end of August, according to the Department of Industry and Information Technology of the Guangdong provincial government.

There are more than 5 million 5G users in Beijing alone. As a result, the city will boost the development of 5G applications, such as unmanned vehicles, and promote 5G construction at the Beijing Daxing International Airport and the 5G transformation of venues for the 2022 Winter Olympics.