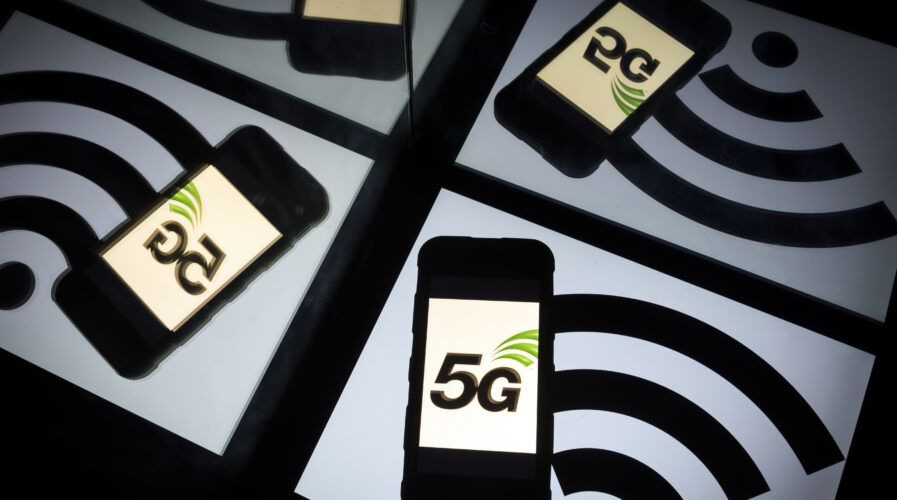 What does India lack to hit a 5G rollout?Source: AFP

What’s holding a 5G roll-out back in India?

The India 5G spectrum auction was supposed to be held this year, but the Covid-19 outbreak saw that those plans changed. But that’s not the only reason the country will not be able to keep its target of deploying 5G services nationwide.

In order to make 5G a success story in India, a substantial investment is needed in network densification through the provisioning of fiber, small cells, and mobile towers. But how is it possible if telco providers are already saddled with mounting debts?

Fiber – a foundational stone for 5G

5G’s formidable network performance goals are heavily predicated on the availability of fiber, and lots of it.

Industry estimates show that there is a need to deploy 100 million fiber km optical fiber cable (OFC) per year, in order to have a robust 5G network across the country. Currently, the deployment rate in India is very slow at nearly 25 million fiber kilometers a year. Just 30% of mobile towers have fiber-enabled backhaul. This is significantly lower than the global standards. In South Korea, 65% to 70% of the sites have been fiberized while in the US, Japan, and China, the level of fiberization is 75-80%.

In terms of fiber to the home (FTTH) penetration, India has only 1.3 million FTTH households in comparison to over 350 million in China.

Among operators, state-owned Bharat Sanchar Nigam Limited (BSNL) has the largest pan-India fiber base of nearly 800,000 route km. Reliance Jio has 325,000 route km of OFC while Bharti Airtel has 250,000 route km and Vodafone Idea has 160,000 route km only.

Even collectively, this is not enough to meet the country’s ambitious target of 100% tower fiberization under the National Digital Communications Policy 2018.

A recent report by Motilal Oswal Financial Services, investments in key components of the 5G network is expected to be between Rs1.3-2.3 lakh crore, or upwards of US$30 billion.

The required expenditure by Indian telecom companies is therefore large, and this will only slow down the whole process, given that presently India’s telecom service providers are saddled with massive financial stress owed to high debts, low investments, and a lack of revenues amid the pandemic. This could severely hamper them from investing in new technology.

What are India’s largest mobile operators up to?

Reliance Jio had invested heavily in getting its sites fiberized, and already has a full Internet Protocol (IP) network, making its task the easiest.

In contrast, Vodafone Idea’s strategy is based on using its 4G network to offer a 5G-like service, which could translate into a competitive advantage ahead of the auction and take some pressure off Vodafone Idea to invest in costly new spectrum licenses.

Vodafone Idea’s chief technology officer Vishant Vora said the company’s approach has been to prepare the network with as much of 5G technology as possible, so, irrespective of what happens in the spectrum, they will be able to provide many of the features, functionalities, and benefits of 5G.

Reliance Industries chairman Mukesh Ambani said in mid-July that Jio has developed its own 5G technology, which will be ready for trials as soon as 5G spectrum is available.

All of India’s private telcos had also asked for the lowering of the 5G spectrum rates, early this year, as they feel the reserved prices are unreasonably high. The 4G spectrum auction is likely in October-November, while 5G airwaves may be offered only next year.