DiDi Chuxing is rolling out its own electric vehicles

Chinese ride-hailing giant Didi Chuxing is launching the world’s first ride-sharing electric vehicle (EV) as the company aims to reduce costs throughout its network. The world’s largest ride-hailing network also aims to increase ride-sharing in China from 3% of total mobility services today to 30% by 2030.

Beijing has made the adoption of EVs a national priority as it looks to cut pollution.

According to Didi, D1 — which was co-developed with China’s biggest EV maker BYD — will be rolled out to drivers via its leasing partners in Changsha, Hunan province, in December before being introduced to other cities in the coming months.

SoftBank-backed Didi and Shenzhen-based BYD, which is backed by US investor Warren Buffett, began jointly-designing and developing the model two years ago. Didi has more than 550 million registered users and 31 million drivers, from whom it collects data to help develop the vehicle.

In July this year, BYD — which competes mostly in the small and midsize space — achieved its first 2020 year-over-year sales increase for its all-electric vehicles, ending a 10-month dip.

DiDi delivers over 10 billion trips per year, and its OEM partnerships have had a major impact on China’s new energy vehicle landscape. Today, about one million EVs run on DiDi’s platform, making it the world’s largest shared EV network, and DiDi trips account for about 1/5 of all EV mileage in China.

To top it off, DiDi and non-DiDi EV owners enjoy better recharge deals and services at over 20,000 charging points in 60 tier-one and tier-two cities, benefiting from their partnerships with leading energy providers, including China’s State Grid, the Southern Power Grid, and BP. In 2019, one in five Chinese EV owners used DiDi’s recharging service.

In June this year, Didi Chuxing gave itself a target to operate more than 1 million driverless taxis by 2030. In an online conference hosted by the South China Morning Post, the firm’s chief operating officer, Meng Xing, said the autonomous vehicles would be deployed where ride-hailing drivers are less available.

The announcement was regarded by analysts as “ambitious”, given the technology’s current lack of market readiness, public trust, and the disruption caused by COVID-19 which has put the work of many carmakers, including AV firms, on hold. 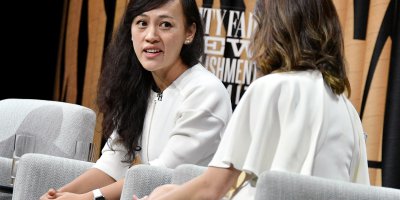 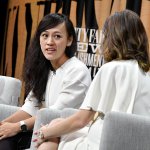 On the latest announcement, Cheng said it will take at least a decade of continued investment before autonomous vehicle technology can meet critical technology, business, and regulatory milestones. Until then, human drivers will still be required.

Prior to that, Didi announced plans to deploy more than one million self-driving vehicles through its platform by 2030. Earlier this year, Didi raised US$500 million from Japan’s SoftBank for its autonomous driving subsidiary.