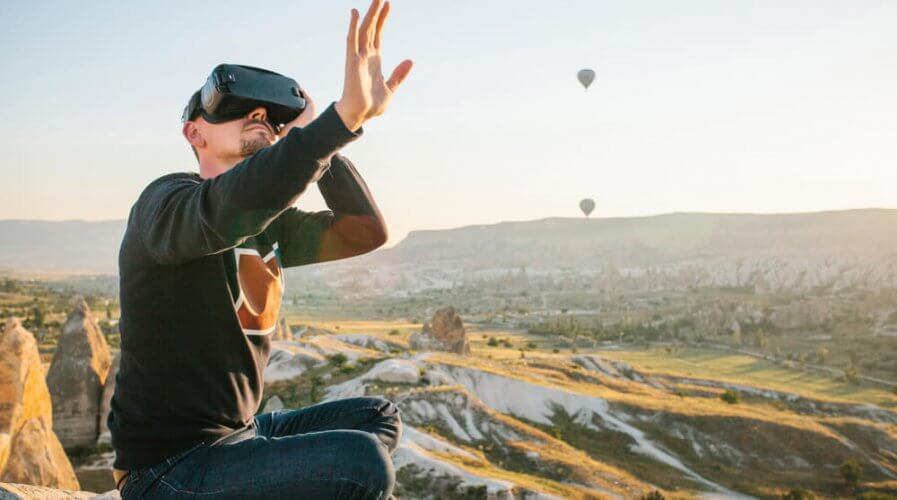 Virtual tourism — can it help kick-start a flailing industry?

The pandemic has been devastating for the tourism industry and travel is not expected to resume to pre-pandemic levels until 2024. Even as the sector recovers, industry members will face tough competition in attracting customers back, but they could up their chances by reminding their customers why they ever traveled in the first place.

Immersing users in computer-generated, sometimes interactive 3D environments, VR emulates the physical world by stimulating one or more of the users’ senses, and tricking the brain into feeling like it’s right there in the virtual world. The technology could join others like augmented reality and 360-degree photography to provide a taste of virtual tourism.

Last month, the International Air Transport Association (IATA) said that international traffic “has all but disappeared”, with airlines carrying only about 10% of normal levels. By IATA’s estimate, Covid-caused disruptions put more than 41 million jobs at risk across the travel and tourism sector.

To-date, a number of countries across the globe have stepped up innovative, experiential marketing efforts to prepare for the gradual recovery of their tourism industries.

According to a report published towards the end of last year by ResearchAndMarkets.com, virtual reality, in particular, is set to have a big impact on the travel and tourism industry in the next few years. As the report’s author, Ralph Hollister, explains: “VR offers the potential to create substitute experiences that may be extremely useful for heritage and natural preservation.”

That being said, it’s unlikely that most of the companies pushing through VR tourist experiences intend to replace physical tourism. For the most part, VR tourism will be harnessed as yet another digital marketing device.