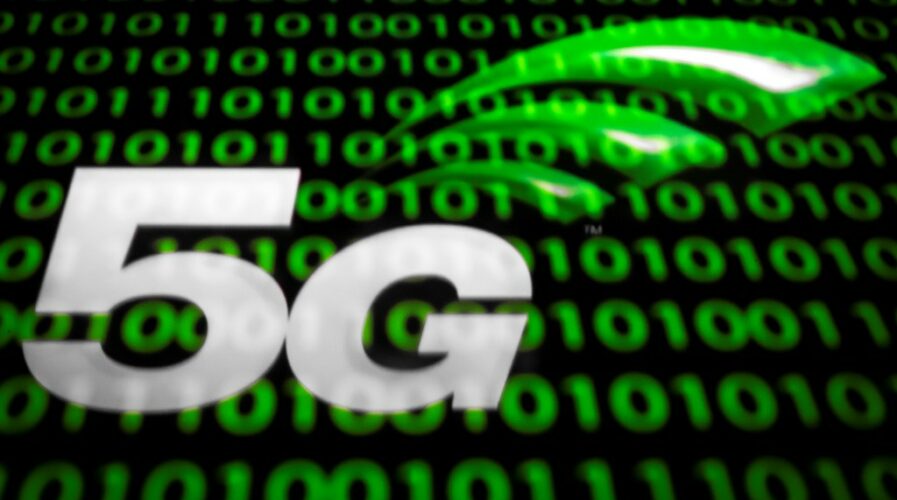 The 5G wireless technology logo displayed on a tablet in Paris. Source: AFP)

Is teleworking the most-anticipated 5G use case right now?

Even last year, 5G still seemed more like a buzzword than a usable connection to the internet. Even now, only a handful of established economies have managed to introduce limited commercial 5G networks, including South Korea, China, the US, Australia, and Japan.

This year, 5G deployments have been ravaged by the pandemic and other telecommunications needs around the globe, meaning that it is likely to take a number of years before commercial 5G truly becomes the global connectivity standard and supersedes 4G LTE and even 3G that is still in use in many parts of the world.

Rollouts have also been marred simply by a lack of awareness and demand; consumers are less eager to throw money at 5G-enabled smartphones or upgraded contracts and are yet to really see the potential of the technology in the real-world.

Outside of impressive speed and latency performances when utilized in industrial 5G tests and pilot projects, most consumers and businesses have yet to experience the raw abilities of 5G for themselves, and it has yet to demonstrate the transformative abilities it has long been touted as possessing. So what do most users in the know, think 5G will actually be good for?

A recent study commissioned by Ciena, the American telecommunications networking equipment and software services supplier based out of Hanover, Maryland, surveyed several markets in Asia Pacific (APAC) where 5G is starting to emerge, to find out what are the expectations in terms of practical 5G applications.

Respondents from the Philippines, where commercial 5G networks have just recently been introduced, believe that the most critical use cases for 5G will be in virtual business collaboration environments, along with industrial and other corporate applications.

According to the Facility Executive, 88% of companies have required their employees to work from home during the pandemic. Working and collaborating together on projects in virtual teams is much easier today, even across time zones, thanks in no small part to accessible and numerous online software, programs, and apps.

The high speed, low latency, high bandwidth capacities of 5G could provide the connectivity robustness and reliability that could make virtual collaboration seem as seamless as being physically present together in an office.

Respondents to the Ciena report further believed that real-time data transfer and better use of data analytics (34%) will benefit the most from readily-available 5G, followed by enhancing digital experiences (20%) and creating new revenue streams (15%).

An overwhelming 91% of survey respondents pointed out that the availability of 5G infrastructure is by far the most important factor for adoption.

More than half of the decision-makers from Japan (60%) and Singapore (51%) surveyed said they would be willing to spend up to 15% of their budget on 5G installations and improvements, showing that the appetite for 5G reliable connections exists, despite a somewhat bleaker economic outlook this year.

Nearly half of leaders from the Philippines (45%) and Indonesia (40%) were also willing to pledge 15% in 5G expenditure, indicating that optimism on the next-generation connectivity standard is still high among those that are most likely to make optimal use of it.

“5G would play an important role in driving digital transformation across the Philippines and powering applications that require the lowest latency possible,” said Anup Changaroth, Ciena’s CTO of Asia Pacific and Japan.

“To deliver high-content 5G applications such as video and Internet of Things, operators would require computing resources at the edge cloud, closer to the end-user.”