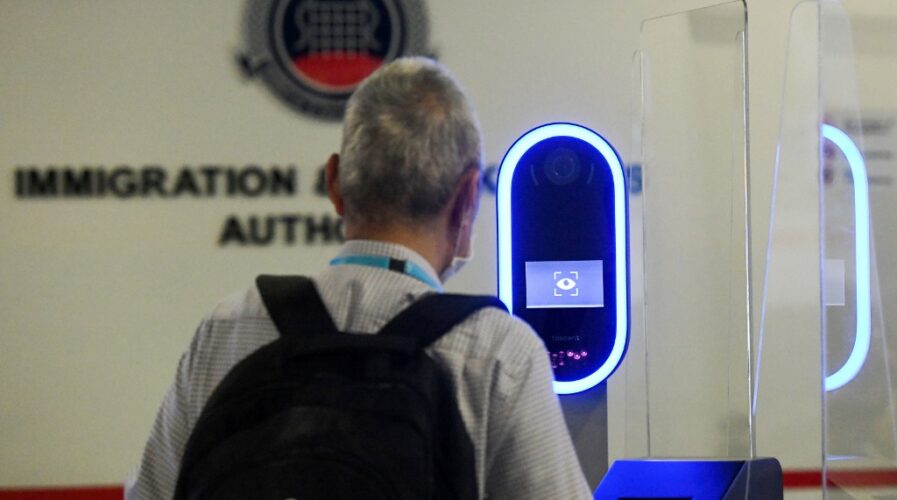 Singapore’s Immigration & Checkpoints Authority (ICA) has been rolling out iris and facial biometric scan technology at all its immigration checkpoints, ramping up its border point biometric identifiers and replacing the less-reliable fingerprint scans.

Since being first introduced in July, the eye and face readers can be found at most (if not all) manual and automated immigration checks, be they land, sea, or air checkpoints — including Changi Airport Terminal 4, the Tanah Merah Ferry Terminal, as well as the Tuas and Woodlands checkpoints that face the northern border with neighbor Malaysia.

Fingerprints have been in use as the main identifier for Singaporean citizens at immigration points since at least 2006 when the Immigration Automated Clearance System was first introduced. But it turns out that fingerprints can deteriorate over time, with aging, scarring, and skin dryness all creating potential issues with fingerprint biometric data.

Prior to this mass rollout, fingerprints and voice recognition had been the prevalent biometric scan mediums in Singapore, utilized in secured identity verification systems like those frequently found in the security and financial sectors.

The ICA says that iris patterns possess a higher degree of variation and uniqueness compared to fingerprints, with an iris able to provide nearly 250 feature points to match to, in comparison to just 100 feature points for a fingerprint. 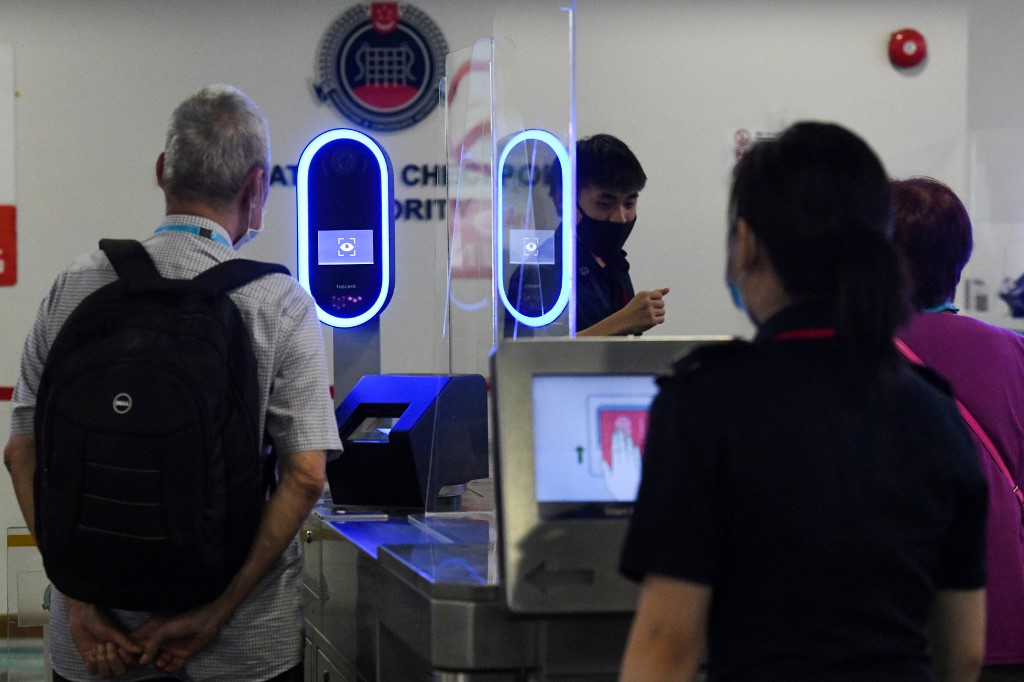 The ICA has been registering iris images of Singapore citizens and permanent residents since January 2017 as an additional means of authenticating identity, saying that an iris or facial biometric scan requires specialized equipment that makes it harder to fabricate or misuse.

Apart from Singapore citizens and permanent residents, long-term pass holders and international travelers on Singapore’s Frequent Traveler Program are also able to register their eye and facial biometrics and use these for immigration clearance.

Children below the age of six will not be able to use either option because their physical features and associated biometrics are still developing, and would not be a reliable means of authentication. For ages seven and above, facial recognition and iris scan tech will be used concurrently to double the security authentication.

Singapore is aiming to implement iris and facial biometric scans at all checkpoints in the country by 2022, as part of its New Clearance Concept. The New Clearance Concept is a digital transformation initiative to enable Singapore residents to pass immigration and identity checks securely without presenting a physical passport.

Recently, Thailand also began implementing biometric identification at airports for its citizens, by initiating a large migration towards biometric e-passports for Thai citizens and permanent residents.