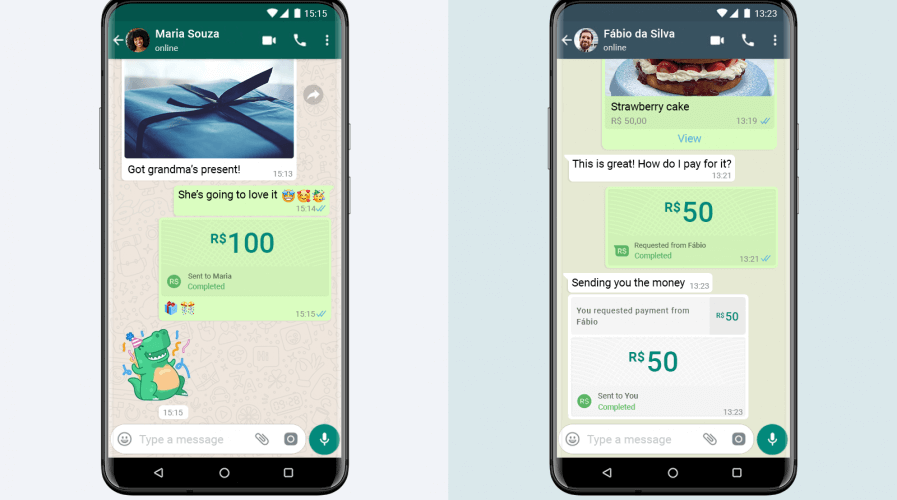 WhatsApp payments have finally been approved to operate in India. Source: WhatsApp

WhatsApp payment arrives in India — for real this time

Over two years after initiating its first trial in the country, Facebook’s WhatsApp payments service is finally ready to start operating in India, the popular instant messaging platform’s largest market.

After a couple of stop-start attempts to get it cleared through a digital payments regulatory labyrinth, the National Payments Corporation of India (NPCI) has officially approved WhatsApp payments to use India’s own Unified Payments Interface (UPI) infrastructure.

India’s digital payments space is already crowded with local and foreign payment players all fighting for a piece of the second-largest internet market in the world. Domestic pioneer Paytm along with Alphabet’s Google Pay, Walmart’s PhonePe, and Amazon Pay are just a few of the dozens of payment methods available on the subcontinent now, with most also relying on UPI facilitate Indian transactions.

NPCI said in its statement that WhatsApp can expand payments to its users in a “graded manner,” and to start with, it can only roll out the payments service to 20 million users and has to work with multiple banking partners. UPI was actually set up by some of the largest banks in India to enable e-payments.

The Facebook-owned service said Friday that it is rolling out WhatsApp payments in ten Indian regional languages in the latest stable version of its app for both Android and iOS.

WhatsApp has amassed over 400 million users in India, giving it a formidable head start to take on market leaders PhonePe and Google Pay, which together command about 80% of the UPI market share. UPI has emerged as the most popular digital payments method in India, in a market that is tipped to be worth US$1 trillion by 2023.

“With UPI, India has created something truly special and is opening up a world of opportunities for micro and small businesses that are the backbone of the Indian economy. India is the first country to do anything like this. I’m glad we were able to support this effort and work together to help achieve a more digital India. I want to thank all our partners who’ve made this possible,” said Facebook chief executive Mark Zuckerberg in a video posted last Friday.

“When people can access financial tools, they’re more empowered to support themselves and others, or start a business,” Zuckerberg intoned. “Long term, we need more innovation that gives people control over their money, and making payments easier is a small step that can really help.”

Facebook earlier this year purchased a 9.99% stake in Jio Platforms, the digital services firm owned by Asia’s richest man Mukesh Ambani, and Facebook has been open about its ambition to build a sprawling commerce business in India with WhatsApp messaging at the center.