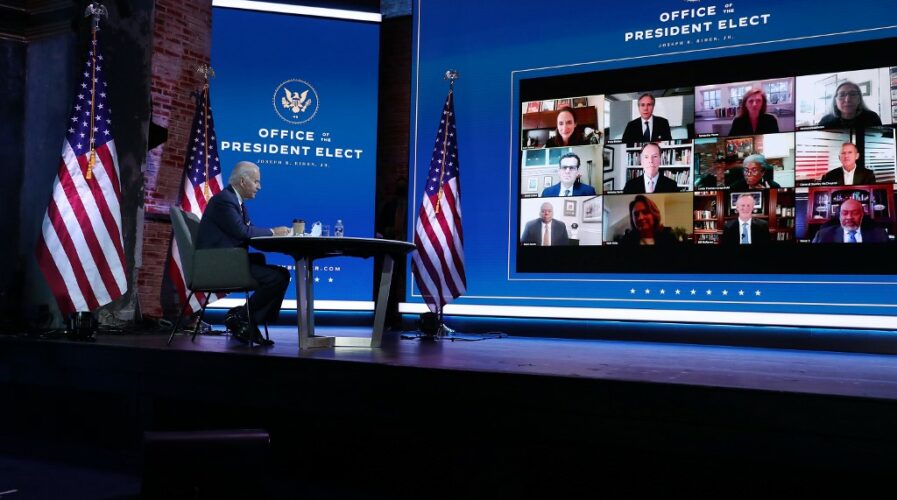 US President-elect Joe Biden receives a briefing on national security in a Zoom meeting with advisors. Source: AFP

Did Zoom collude with China to surveil users?

Zoom has been one of the technology high-performers for 2020, supporting the way people communicate and stay in touch around the world in this pandemic-hit climate. But the company now valued at US$100 billion could see all its forward momentum crushed by allegations that it cooperated with the Chinese government to monitor and to, in some cases, interfere with users’ video calls.

The allegations came to light after a criminal complaint lodged by Federal Bureau of Investigation (FBI) agents was unsealed in a US federal court last week. The complaint alleged that a China-based Zoom executive, Xinjiang Jin, worked as the company’s primary liaison with Chinese law enforcement and intelligence services, sharing user information and terminating video calls at the Chinese government’s request.

According to the complaint, Jin surveilled Zoom’s system for political and religious topics deemed unacceptable by China’s ruling Communist Party, and he gave government officials the names, email addresses and other sensitive information of users – even those of users outside of China.

Several of the accusations were related to the 1989 massacre of pro-democracy activists in Tiananmen Square, according to US Justice Department officials, with Jin reportedly working to cut off a minimum of four video calls in May and June 2020, including video memorial calls with US-based dissidents who had survived the 1989 crackdown by Chinese military forces that killed thousands of students and protesters.

Human-rights activists in the US had said their Zoom accounts had been abruptly terminated, either shortly before or after they’d hosted video calls commemorating the 31st anniversary of the Tiananmen Square protests.

Over thirty years after the massacre, China still attempts to minimize any acknowledgment of the Tiananmen Square incident, including on foreign-controlled outlets like social media. Zoom rose to videoconferencing prominence earlier this year in the wake of pandemic lockdowns, and today employs over 500 people in China.

Questions over content censorship have been surfacing alongside allegations of state-endorsed data gathering and potential spying, as Chinese startups started to earn worldwide recognition and user bases off their popular platforms. The most noticeable recent example is TikTok, the wildly popular short-video app owned by Beijing-based firm ByteDance.

In a parallel to the Zoom incidents, searches on TikTok regarding topics unfavorable to the Chinese government such as Tiananmen Square or the recent Hong Kong pro-democracy protests, returned few or no results outside of China. In the country, access is almost certainly blocked behind what is termed China’s ‘Great Firewall’. 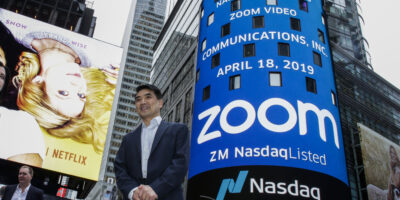 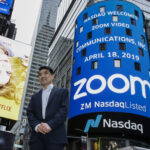 There have also been reports that after creating dedicated moderation teams to monitor content sensitive to different regions, but that key content moderation decisions were still being dictated from China. Former employees also purport that TikTok’s internal guidelines are closely in tune with the national censorship policies of the Chinese government.

In the FBI complaint, agents said that Zoom employees in the U.S. had agreed to a Chinese government “rectification” plan that entailed migrating data on roughly 1 million users from the U.S. to China, thereby subjecting it to Chinese law. Zoom also agreed, the complaint states, to provide “special access” to Chinese law enforcement and national security authorities.

This spring, researchers at the Citizen Lab in Toronto found the company had routed American users’ data through Chinese servers, potentially opening it to Chinese-government data requests. The company later said it had “mistakenly” sent American video calls to Chinese data centers at a time when it was inundated with calls.