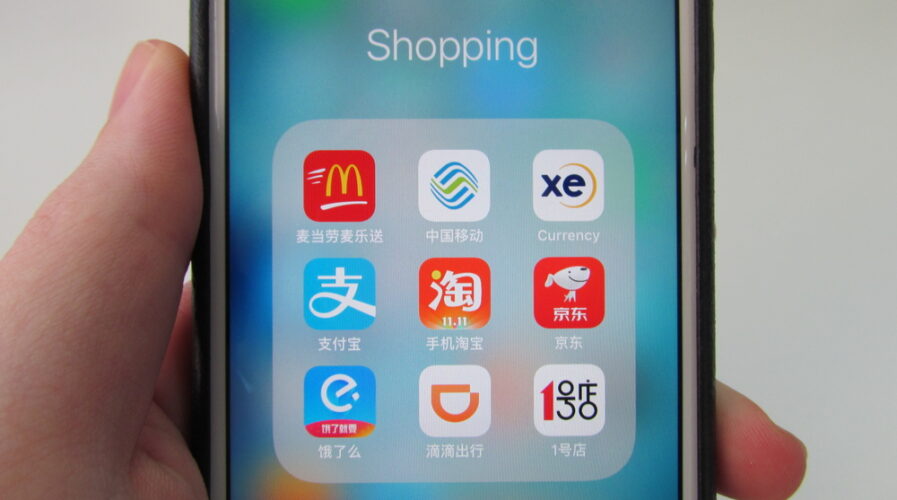 In recent years, China’s tech giants like Alibaba Group and Tencent have been losing market share to disruptors like TikTok-parent ByteDance and e-commerce giant Pinduoduo, due to lower barriers of entry. But now, the situation is not getting any easier for the players.

In a recent report, Morgan Stanley emphasized that the draft rules issued by China’s bureau for regulating monopolies — the State Administration for Market Regulation (SAMR) — to stop anti-competitive practices in the internet sector would adversely affect the major internet companies with dominant positions.

The slew of new anti-monopoly laws is aimed at protecting fair competition in the market and safeguarding consumers’ interests. That being said, incumbent tech giants are likely to have hard times mainly due to pre-existing risks of competition, lower barriers to entry, and higher hurdles for industry consolidation from future mergers and acquisitions.

The internet giant has recently been under the scanner for anti-competitive practices like merchant exclusivity on its T-Mall platform, as per CNBC’s report. E-tailer Amazon is even under probe for similar patterns in the US and Europe.

The Financial Times reported earlier this year that some merchants were told they would be pushed off Tmall if they used a rival platform — a local home appliance manufacturer even sued Alibaba over it.

Ironically, the new laws would have not hurt Alibaba as much today as it would have some years ago, Morgan Stanley noted. “This is because of the already-fierce competitive environment in e-commerce nowadays,” the analysts wrote.

The draft laws limit subsidies and promotional activities, which could hamper Alibaba’s promotional activities to boost growth. The Chinese e-commerce giant hit a new record of US$56 billion in its Singles Day event. China’s regulator also blocked the Alibaba-backed Ant Group’s initial public offering, touted to be the largest in history, citing protection of consumer’s financial interest. Analysts expect the valuation of the IPO to halve.

The WeChat parent is a leader in online gaming, social network, music, and video streaming. The company’s focus on online entertainment “can be less relevant to antitrust scrutiny,” Morgan Stanley’s analysts said. They expect the impact on Tencent to be “relatively manageable” unless it misuses data across platforms or blocks competitors’ access to the WeChat ecosystem.

However, the new rules could create future hurdles for Tencent when it comes to mergers and acquisitions. The country’s most popular messaging app WeChat — which has over 1.15 billion monthly active users — started out as a messaging service, and now users can do everything on it from making payments to hailing a ride, or even booking flights.

Rising competition from video-sharing app ByteDance has reduced the number of time users spend on Tencent’s platforms, which could also alleviate “certain concerns over Tencent capturing a majority of user mind share in China,” the analysts wrote.

JD too has a strong e-commerce presence in China so the new draft rules could hamper the company’s promotional activities, thereby impacting its bargaining power over suppliers. The impact does not play as much a crucial role for JD as it would for Pinduoduo,  according to the analysts.

The fast-growing e-commerce company had launched a US$1.5 billion initiative in 2019, giving coupons and subsidies to customers on its platform. “Should the rules eventually limit the use of subsidies provided by platforms, we think that the potential limitation will affect Pinduoduo in particular as it is one of its central strategies to drive user engagement,” the Morgan Stanley analysts said.

An online platform with services ranging from food delivery to ticketing, the company gained market share by capturing a higher portion of exclusive restaurants on its platform, competing against Alibaba-owned Ele.me

“We note the potential implementation of new antitrust regulations could also weigh on Meituan’s take rate charged to merchants. On the other hand, Meituan has been shifting gears to focus on promoting a food delivery membership program to cultivate user behavior and raise order frequency,” the analysts said.