Vietnam has embraced its digitization as few countries have – and now it’s having trouble keeping up. Source: Shutterstock

Vietnam can’t keep up with its own meteoric digital transformation

Vietnam just marked the 23rd year since the country officially became part of the global internet network, with an ‘Internet Day 2020’ on December 16 that explored the country’s digital journey from post-war backwater enclave to one of the fastest-growing digital economies in Southeast Asia (SEA).

The occasion was hosted by the Vietnam Internet Association under the theme of Digital Transformation in Vietnam: From Aspiration to Reality, and explored among other topics the rise of cloud computing, 5G, electronic payments and cashless methods, blockchain tech, freeware and open source software, as well as local ‘made in Vietnam’ technological developments.

Yes, Vietnam has come a long way since it began introducing 2G networking tech nearly 30 years ago and beginning its digital transformation journey. Through concerted effort between the government and some leading tech businesses in the region, Vietnam has also become a country whose enterprise IT managers are increasingly confident about its digital transformation strategy.

Speaking at the event, Vietnam’s Deputy Minister of Information and Communications Nguyen Huy Dung said 2020 marks the start of the national digital transformation strategy, with the National Digital Transformation Roadmap 2025 and Vision towards 2030 that was adopted in June of this year, which focuses on three pillars: e-government, e-economy, and e-society.

The minister wants to see Vietnam embrace broader digitization with cross-cooperation between governmental agencies, enterprises, and consumers. Vietnam is already among the top 20 countries globally with the highest number of internet users, according to the chairman of the Vietnam Internet Association, Vu Hoang Lien, despite having only really embraced digitization about three years ago.

The country’s digital economy is now at US$14 billion this year, a year-on-year increase of 16%, while the UN’s e-Government Survey 2020 saw Vietnam score 0.66 on the e-Government Development Index (EGDI), higher than the Asian and global average.

But despite already testing out commercial 5G connections ahead of some of its illustrious SEA neighbors, Vietnam needs to grow its internet accessibility and explore universal internet access to truly speed up its digital transformation journey, according to Vietnam’s Deputy Director of the Ministry of Information and Communications’ Computerization Agency, Nguyen Trong Duong. 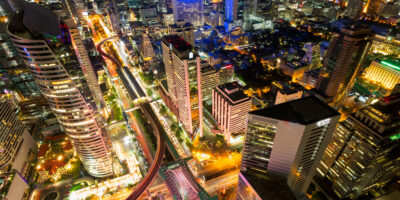 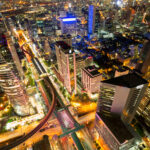 There is growing demand for Internet of Things (IoT) smart devices, machine-to-machine (M2M) communications, expanding digital platform ecosystems, and growing the reach and capabilities of localized digital services, which the deputy director believes can be more efficiently achieved with universal internet penetration.