Digital banking gets real in Malaysia in 2021

Malaysia has jumped into the digital banking fray following the recent issuance of a policy document on the licensing framework for digital banks by the country’s Central Bank. The timing coincides nicely with Singapore having just approved four digital bank licenses to surprisingly non-banking players.

Malaysia’s Central Bank made the call following a six-month public consultation. The move will most certainly set the scene for one of the biggest disruptions to the financial services market in decades. It comes close on the heels of other countries in the Asia Pacific region including Hong Kong and Taiwan, and closer to home, Singapore.

Digital or virtual banks are an opportunity for disruption across the financial service sector — impacting both challengers (entrants) and incumbent (traditional) banks. Besides promoting innovation, the Central Bank’s vision is for digital banks to enhance financial inclusion for the underserved and help grow small and medium-sized enterprises (SMEs) in Malaysia.

The regulators on December 31, 2020, stated that the licensing framework for digital-only banks will support the application of the latest technologies that could enhance the financial well-being of the country while also promoting sustainable growth. It includes expanding access to and encouraging responsible usage of, the relevant financial products and services to the financially unserved and underserved population segments.

The digital bank in Malaysia framework tries to forge a balanced approach, to enable the entry of digital banking challengers with meaningful value propositions, attempting to protect the stability of the nation’s financial ecosystem, as well as safeguarding depositors’ interests.

A set of simplified regulatory guidelines will be applied to local neo-banks during the initial stage of their operations in order to achieve these goals. For starters, digital banks are required to possess an asset threshold of up to RM3 billion (approximately US$745.8 million) for three to five years.

“This [serves] as a foundational phase for the licensees to demonstrate their viability and sound operations, and for the Bank to observe the performance of the licensed digital banks and attendant risks that arise from their operations,” the Central Bank stated in the framework.

The institution added that digital banking platforms will have to adhere to the requirements outlined under the nation’s Financial Services Act 2013 (FSA) or Islamic Financial Services Act 2013 (IFSA). This reportedly sets standards on prudential, Shariah, business conduct, and consumer protection, along with anti-money laundering (AML) and terrorism financing regulations. 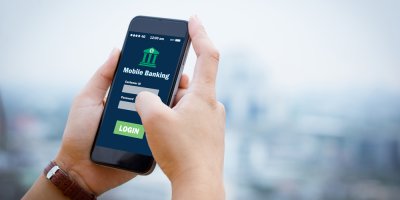 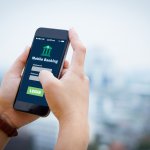 CAN SINGAPORE CRACK THE CODE TO DIGITAL BANKING SUCCESS?

The bank confirmed in the document that “up to five licenses may be issued to qualified applicants. Notification on the grant of the license will be made by the first quarter of 2022. This licensing framework for digital banks aims to achieve these outcomes by specifying an asset threshold in the initial three to five years of operations of a licensed digital bank. This functions as a ‘foundational phase’ for the licensed digital banks to demonstrate their viability and sound operations, and for the Bank to observe attendant risks.”

During the foundational phase, the licensed digital bank will be subject to a more simplified regulatory requirement, according to the framework.